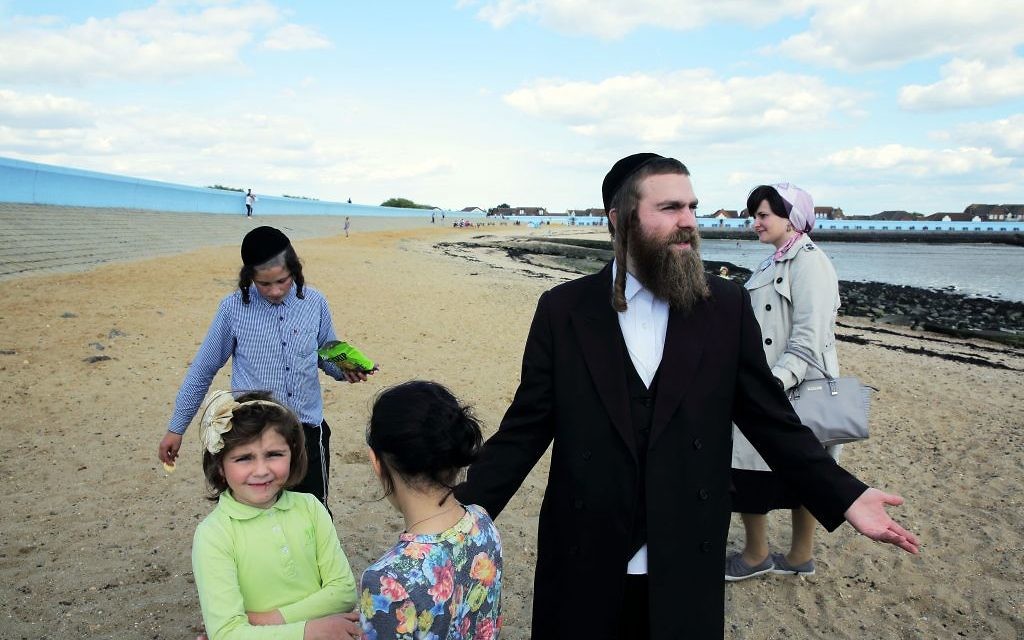 When I first heard that lots of the strictly-Orthodox Jews were moving from Stamford Hill to Canvey Island, I was shocked as I know the island pretty well, and best -describe it as white and right.

I have never seen a black person there and only a few minorities.

My concern was how the locals were going to react to these strange-looking individuals: men with long ringlets, and women who wear wigs and keep themselves to themselves, and go swimming with their clothes on. I decided I must go there and investigate, so I gave it a few months to let the locals get used to their new neighbours and actually went today.

The first place I visited was the Jewish community centre. I just walked in and was amazed …. no security!

I then went to the pub on the island and asked a selection of customers i.e. about their feelings on their new neighbours. There was no negativity. I am surprised by how well it’s going.

In last week’s edition you reported on Palestinian Authority leader Mahmoud Abbas’s recent speech to the Palestinian Council. In his talk, which I have read and should have been fully and accurately reported in your newspaper, Abbas shows his true colours.

It is a truly sickening two-hour rant of anti-Semitism, blood libel and historic lies and revisionism against Jews and Israel, categorically denying Jewish rights to any part of Israel, let alone the city of Jerusalem.

At one point Abbas even has the gall to ask: ‘When did we reject [peace] talks? Where is the negotiation we rejected?’

This is laughable considering the times the Palestinians have said no to every agreement put before them.

It is quite clear from hearing this speech that there has been no peace partner all along. Abbas is not prepared to give an inch to find a compromise.

President Donald Trump’s policies might be controversial, but he has done the right thing slashing US funding to the Palestinian people until they put their house in order, are accountable for their actions and stop inciting hatred and intolerance from the cradle to the grave.

Maybe both problems could be resolved if Ofsted stopped trying to stamp out religion by insisting we teach nonsensical ideas like the big bang, evolution and gender fluidity to Jewish pupils.

No “effort and enthusiasm”, or new laws will make Torah Jews contradict the Torah.

It is a contradiction to state that there are religious Jews encouraging such practices.

I was surprised that Rabbi Rene Pfertzel, in his article on the death penalty in Israel (Jewish News, 18 January), did not mention the tragic case of Meir Tobianski, an officer in the IDF who was executed by IDF firing squad on 30 June 1948 having been found guilty of passing information to the enemy during Israel’s war of independence, a charge of which he was posthumously declared to have been completely innocent.

Geoffrey Niman’s letter condemning -Yehudis Goldsobel would be laughable were it not so offensive (Jewish News, 18 January).

The victim was -castigated as being objectionable and a self-publicist for castigating Mr Levy publicly.

Mr Niman states that if Mr Levy “wishes to do good by donating a Sefer Torah, then so be it”.

I would say that if Mr Levy truly wanted to do teshuvah (repentance) by making such a donation, he would have done this privately and anonymously.

In my own opinion, he did it for the yichus -(status) he hoped it would afford him.

It is Mr Levy who is the self-publicist, not the innocent Yehudis Goldsobel.

Where is your compassion?

I found the letter from Geoffrey Niman in last week’s edition to be perverse and insensitive. He followed the twisted path of the victim becoming the oppressor.

If Mendy Levy is full of contrition for his despicable acts against a young, defenceless woman, he could have easily donated the Torah scroll anonymously.

Instead, he chose the high-profile option in an attempt to show what a righteous Jew he is, and to their shame many Jews believed in his so-called remorse.

Mr Levy received a paltry three-year sentence. According to Mr Niman, that is the end of the matter. Not so. The brave Yehudis Goldsobel, who was shunned by her community for speaking out, received a life sentence as she will be forever scarred.

A little rachmones on the part of Mr Niman would not go amiss.