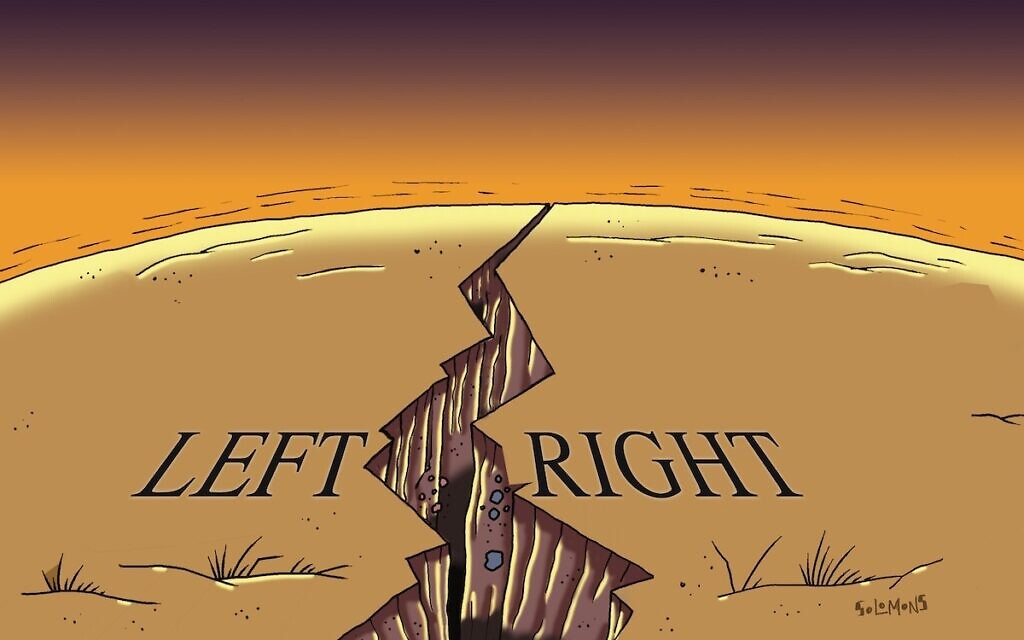 Kudos on your well-written and researched piece about the schism in British Jewry (12 August).

One of the great tragedies is that the current leadership of the Board of Deputies – and primarily among them Marie van der Zyl – is that they don’t… well… lead. And unfortunately, the left – far left and centrists – didn’t put up a viable alternative candidate in the election. It was a vote against Jonathan Neumann, not a vote for Ms van der Zyl.

There seems to be an inclination to lean towards whatever the far-right caucus wants, whether on Israel or any other subject.

So, as someone in your piece pointed out, British Jewry is ungovernable by a single body that claims to be its voice.

Why I quit the Board

I write regarding your front-page report on the left-right political split in our community (12 August).

As a former deputy who resigned this year, largely because of the influence of left-leaning officers of the movement my shul belongs to, I would like to refute the assertion of an unnamed member of a left-wing organisation that the group formed to combat extremism from the left at the Board of Deputies are “basically a bunch of vigilantes”.

As a former member of the caucus this person maligned, I can say truthfully that despite a range of opinions, the group is devoted both to the Jewish community and Israel. While generally accepting that Israel is no more perfect than other countries, it is united in believing that people who are of the mindset to say kaddish for those who express their desire to annihilate Israel need to be opposed. That’s the crux of the matter.

Role is to expose hate

Most communal Jewish groups understand that our activity has been and always will be researching and reporting antisemitism in the Labour Party: since 2017 we have reported about 1,500 members, including three Labour councillors in the last week alone. We submitted a 15,000-page dossier of evidence to the Equality and Human Rights Commission and have provided important evidence to the community Jewish bodies, the police and legal professionals.

While we do have a strong online presence it is just part of our wider public-facing campaign. Over recent years we have supplied stories and comment to national and regional newspapers and television and exposed the antisemitic track records of innumerable Labour Party candidates.

Our current aim is to work with the Jewish community to maintain pressure on Keir Starmer to continue reforms to make the Labour Party a safe space for all Jews and an electable party of government once again.

Mr Kahn-Harris is welcome to contact us to better understand who we are and what we do.

Facts on the ground

Your columnist Ilan Baruch denies Israel’s rights to territories liberated in self-defence, which any country in similar circumstances would claim as its own (12 August).

In 1948, on Israel’s declaration of statehood in the area of land allotted to it by all 51 members of the League of Nations, six Arab states invaded in a declared war of extermination against the fledgling state. The area erroneously described as “occupied territory”, where the vast majority of Palestinian Arabs live, is an areas where they are denied civil and human rights, living as they do under the corrupt Palestine Authority.

At last the Holocaust memorial in Westminster, the centre of tourist London, has been given the go-ahead. Victims and their families could have been helped more by this country during the war. The site will remind visitors of the perils of oppression. Let us hope lessons can be learned as people walk into the soul of the building and emerge into Victoria Gardens.

Help on what to do about climate crisis

The recently published report from the United Nations – the  Intergovernmental Panel on Climate Change’s 6th Assessment Report – finally allowed no further wiggle room for those who wanted to say that we do not need to act swiftly to avoid the very worst consequences of the climate crisis.

Our rabbis advise that, ‘Even though we are not able to complete the task, neither are we free to desist from it’ (Pirkei Avot) and we know, too, that even though we are one of the smallest people on the planet, we still have managed to make a disproportionate impact on the development of humanity.

No doubt, however, people may still feel daunted. It is in this context that I wish to bring to readers’ attention our recently published and very warmly received climate manifesto: In Pursuit of Climate Justice (available on our website, www.cjc.org.uk).

Whether your wish is to lobby others or to implement changes yourself, this manifesto presents an easy-to-act-on guide to seeking to make a difference. And surely, if we feel any kind of responsibility for our children and the future, doing nothing cannot be an option.

The Anglo-Jewish community is indeed divided, between those who take the trouble to acquaint themselves and their children with Israel’s current situation and its legal history, and those who appear not to, while repeatedly criticising Israel. The charters of the PLO, Fatah and Hamas say their goal is the destruction of Israel, rather than the establishment of a Palestinian state. This is stated repeatedly, despite peace negotiations.

The Palestinians have declined to have their own state at least five times. Neither international law nor history are issues about which there can be differing opinions between left and right or old and young. Until all Jews in the UK start to educate themselves about Israel, we will continue to be a divided society.