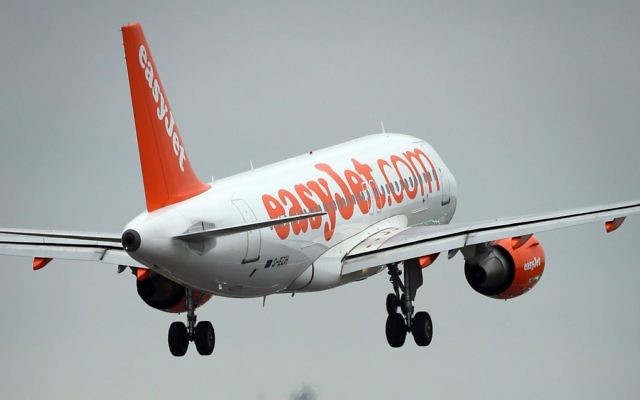 A whinge and a prayer: charedi chaos on A flight from israel

Even for a left-wing publication such as yours, I honestly can’t believe you printed a main article on page one last week about Charedim causing chaos on a plane. This is on the same page one that you inserted a small note about Israel being on alert after ISIS attacks. Where is your sense of proportion? A few of our Orthodox brothers refused to sit next to women. So what?

I am sure that arrangements will be made next time to accommodate both parties, even if police could find no grounds for charges.

Noisy and uncivil: these people just seemed to do whatever they wanted

I took an easyJet flight from Tel Aviv to Luton on Wednesday 15 February. On the plane was a large Charedi family, about 30 people including children. Before take-off, they were blocking the aisle, changing seats so the men didn’t sit next to women and vice versa. I myself was sitting in an aisle seat when a woman sat next to me; at once I was asked (politely) if I would change places, I refused, saying I had booked the seat I had for health reasons (true), and I stayed. After an hour I did change seats to avoid embarrassment to the woman. All through the flight, the people were a little noisy and always going up and down the aisle, but the general atmosphere was that these people could do what they wanted. At the end of the flight, the rush to get their cases from the lockers was a war and they didn’t make any attempt at being civil.

I spoke to the easyJet team, who were polite and laid back. They said it was never easy when a group of ultra-religious people fly with them.

The anti-social self-righteous tar us all

For frequent flyers to Israel, the front page of Jewish News (16 February) struck a painful and repetitive chord.

On three occasions, my wife and I have experienced the boorish attitude of Charedi men who refuse to sit next to women.

Not a ‘please can you move?’, but standing and glaring at my wife in an intimidating manner as if she was some sort of alien.

The last time it happened, the man just refused to go away, but we stood our ground and eventually a young religious girl was persuaded to leave sitting next to her friends and sit next to my wife. We felt so sorry for her, as she was completely out of her comfort zone.

Last year, my family – including our three grandchildren – flew to Israel by easyJet for a holiday. The children aged six, five, and 18 months had never flown before, and found it an exciting experience.

They sat quietly in their seats drawing, listening to stories and sleeping, while uncontrollable Charedi children ran amok up and down the plane, without any control from their parents.

I feel sorry for the cabin crews who have to face such a dilemma, and what a slur it is on Jews at large.

With anti-Semitism on the rise, Jews of all persuasions should think before acting to the detriment of their brothers and sisters.

What’s in a name? It’s the family that counts

I was interested in the reaction to Muslim writer Sarfraz Manzoor’s article in Radio Times on the problem of giving his child a Jewish-sounding name. If I had a son, I doubt I would name him Jesus or Mohammed, not because I was anti-Christian or anti-Muslim. I might choose something “a wee bit Jewish” simply to reflect my family’s background.

Yappy parents and the need for respect in shul

Last week I was in a shul in north-west London, which shall remain nameless. I was shocked at how adults were yapping away to each other a) during kaddish, such a holy prayer, and b) brazenly in front of the rabbi during his speech,

Whatever happened to respect? The children of these yappy adults will also learn that it’s ok to talk at such times too. I can only imagine these adults were not told when it is particularly important to be quiet and respectful in shul.

Having seen Imam Ajmal Masroor many times in the media, I well understand his views about Israel. And you gave him a platform to expound them [Jewish News, 9 February].

His wish to see one state as the solution, in spite of what Abbas and Hamas “wish” and say. His comment about not importing the conflict to this country, when we have just seen in Downing Street the difference between the Jewish and Palestinian supporters – the one singing for peace, the other holding banners calling for Death to Jews from the river to the sea.

Anti-Semitisim here has grown with the rise in the Muslim population. I would be intrigued to know what this One State would be called. Maybe Jordan 2?

Masroor’s view is not a dream, it’s a nightmare.