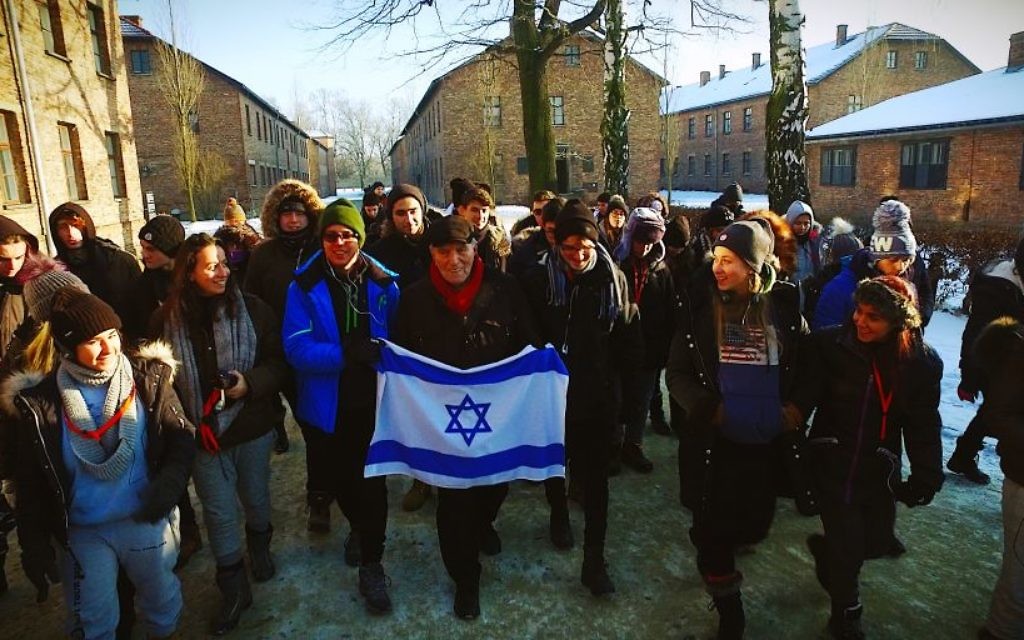 At 87-years-old, Holocaust survivor Leslie Kleinman is a jetsetter. Incredibly, by next month, he will have flown the circumference of the world (23,661 miles so far) to educate thousands of British school and university students and guide them around the infamous Auschwitz death camp, where he was an inmate 72 years ago.

In just four years, he has returned to Auschwitz 20 times with the Jewish Holocaust education charity, JRoots, on what he calls a “celebration of life” to share his miraculous story of survival.

Leslie’s story would have been hidden forever but a rabbi at JRoots convinced him to lead one of its tours to Poland and break a 60-year-silence. “Now I would travel three million miles if it would change just one young person,” says Leslie, at the end of six Poland tours the charity has run this month. More than 10,000 people from Jewish schools, synagogues and university campuses  have travelled on similar six-day Holocaust trips with JRoots since 2006.

Leslie stands at the gates of Auschwitz, but he is smiling. It is -23ºC but he is numb to the cold that grips everyone else.

Behind him, 100 young Jews break into a song of Am Yisrael Chai (The Jewish People Live). “Youngsters need more than history. I’m also not bothered to learn about Roman history or Greek tragedies. So why should they be changed by a Holocaust history lesson?” Leslie asks. “But when you speak to young people about life, how wonderful it is to be alive, about the Jewish life I love and that, despite everything I went through, I’m still Jewish. I didn’t give it up. This speaks much more to their heart.”

Leslie crunches the snow with greater pace than the  20-year-olds of another group he leads up the famed Birkenau train tracks.

It is the last place he saw his murdered mother and seven of his siblings. As a 15-year-old, he was starved to the weight of just 20kg, saw dozens of inmates hung and once received 30 lashes on his private parts for taking too long on the toilet. But Leslie does not dwell on his horrors. Instead, his young audience, standing in ski pants and fashionable boots, hang speechless and wide-eyed, listening as he imparts his superhuman psychology of survival. 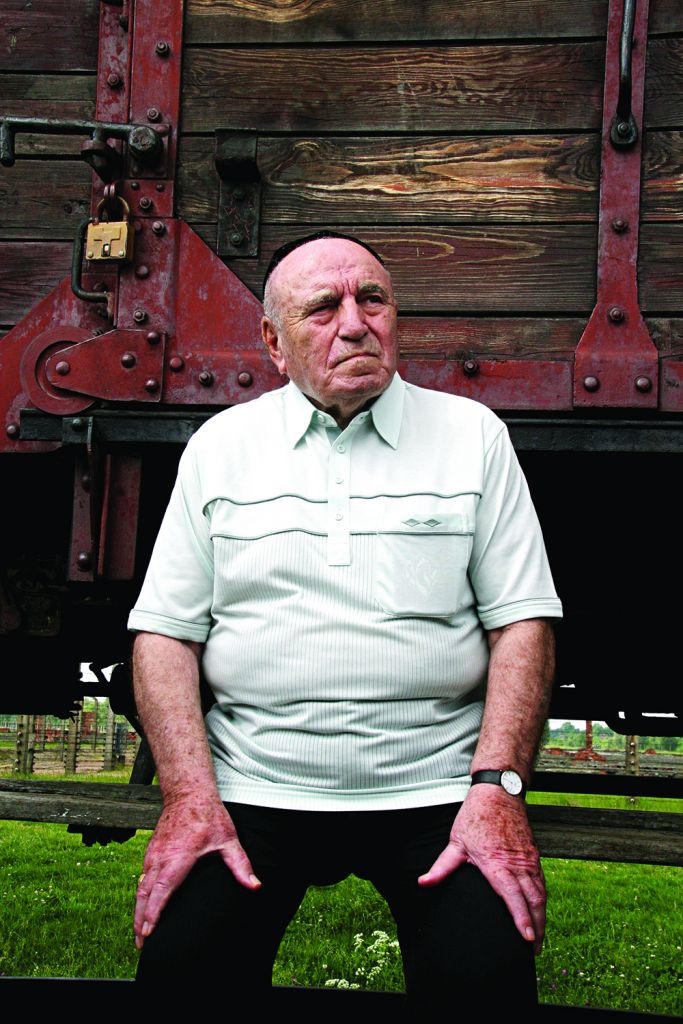 He recounts the inspiration of one fellow inmate who risked death to save his life by advising how to avoid selection by the Nazi guards.

He tells of survival for six weeks by eating grass on a death march. And how a prayer he muttered while near death at the end of the war resulted in an extraordinary moment when an SS-guard decided to offer him a lifesaving cup of hot coffee.

But after the war, Leslie refused to talk about his story. He would explain away the 8230 number tattooed on his arm as a silly juvenile fad. Leslie also left the Jewish community, eventually emigrating to Canada to a small town. But he  heeded the dying wish of his non-Jewish wife, who died of cancer in 2004, who told their daughter: “Tell dad it’s time for him to go back to where he belongs.” 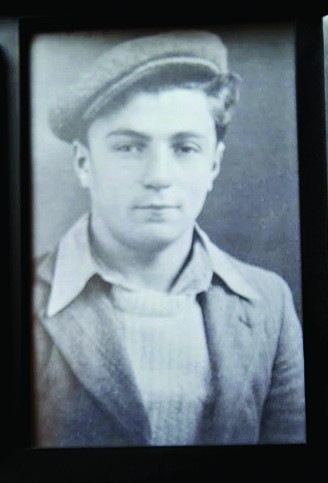 Leslie as a young man

Leslie’s British daughter settled him in a small home in Southend-on-Sea, where not only has he remarkably renewed his Jewish roots and practice, but where he met his second wife, Miriam, at the sprightly age of 82.

The theme of this year’s Holocaust Memorial Day, How Can Life Go On? is something of a pet topic for Leslie. “It was hard at times, but I remember this: We are 0.2 percent of the world, yet we managed to survive all the empires of history,  a little Yiddisher people who want life. We shouldn’t be depressed, life is wonderful,” he affirms.

On 20 February, Leslie will be honoured at JRoots’ dinner in central London for his contribution to educating thousands of young people.

JRoots founder Rabbi Naftali Schiff says: “I’ve been privileged to be part of 10 years of Holocaust educational development, which has shown us that young people need powerfully inspiring experiences to take the lessons of the Shoah fully into their lives.

Leslie has no cape or magical powers. Yet he flies around the world at 87 and has vanquished the greatest monsters of hate to terrorise Earth. He could have been forgiven for being paralysed by fear for the rest of his life. But he faced unspeakable fear and rebuilt life with an elixir of youth, redonned a kippah with pride, and is still rebuilding  a Jewish life for him and others.

“Young Jews tell us they are humbled and inspired by Leslie to be committed to Jewish life and causes as well as be socially responsible global citizens. They grasp that the legacy of Holocaust survivors is to walk in the footsteps of real-life superheroes. It’s little wonder why we will be honouring Leslie and other superheroes next month at our dinner.”