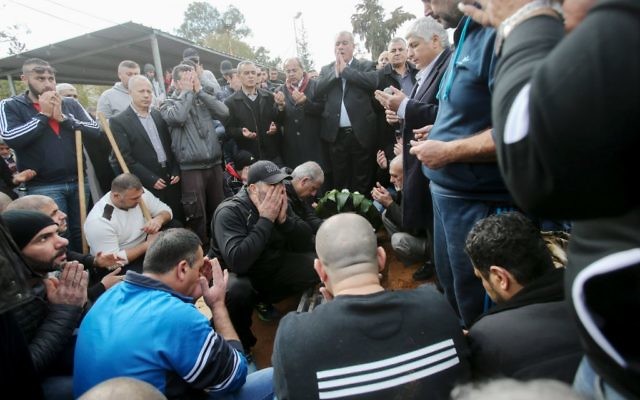 Mourners at the funeral of Leanne Zaher Nasser.

A young Israeli woman was among the 39 people killed in the latest terrorist attack in Turkey, after a gunman burst into an Istanbul night-club on New Years’ Eve, firing more than 180 bullets before escaping.

Leanne Zaher Nasser, 19, from the Israeli-Arab town of Tira, was on a short holiday with friends when the attacker entered the Reina club, which was packed with 600 revellers.

The Islamic State (ISIS) group has claimed responsibility, in retaliation for Turkey’s military operations in Syria.

Nasser, whose friend was among 70 injured, was one of 28 foreign nationals killed, with others from Saudi Arabia, Iraq, India, Tunisia, France, Canada, Syria, Kuwait, Belgium, Morocco, Lebanon, Russia and Libya.

Israeli diplomats said the girls’ friends had told them not to travel, citing security concerns, but Reina nightclub is known as a celebrity haunt, and the club’s owners said additional safety measures had been in-place.

“Their friends told them not to come because they thought it was too dangerous,” said Shira Ben Zion, Israel’s deputy consul in Istanbul, speaking to Mail Online. “They are very shocked and confused and they just want to get back home.”

An Israeli man who escaped uninjured said he hid in a corner. “I didn’t know what to do. Everyone was screaming and crying and the shooting didn’t stop, it sounded like an eternity. Afterwards, I was evacuated outside of the club and saw that everything was ruined, and a lot of blood and people lying dead. It was a horrific sight.”

Board of Deputies’ senior vice-president Richard Verber said: “We stand in solidarity with the people of Turkey. We condemn this wanton act of violence and express our deep condolences and hope for a better year ahead.”