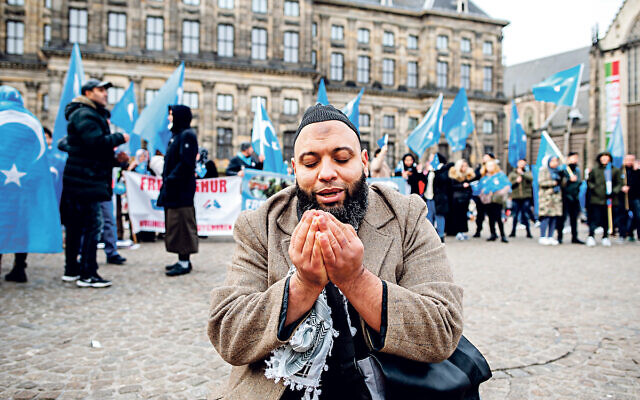 A muslim is praying before the demonstration in solidarity with the Uyghurs, started in Amsterdam, on December 29th, 2019. (Photo by Romy Arroyo Fernandez/NurPhoto)

Labour has urged the government to boycott the Winter Olympics in China next year if the United Nations is not given access to the country to investigate the persecution of Uyghur Muslims.

Lisa Nandy and Jo Stevens, the shadow secretaries of state for foreign affairs and culture, called for ministers and officials to stay clear of the 2022 Games while investigators are refused access to Xinjiang, where the British parliament alleges the actions of China amount to genocide. They said Boris Johnson’s government should set a deadline of 8 August – six months before the Games are due to begin.

However, Labour insists a full cancellation of the Games would unfairly punish athletes and the Chinese people.

“The Winter Olympics is a critical moment when Britain must stand up for our values. Strong words from Government must be matched by decisive action,” said Nandy. “For as long as China continues to block access to Xinjiang, no self-respecting government should even consider handing a PR coup to Beijing. The UK Parliament recently took the unprecedented step of recognising what is happening to the Uyghur is genocide. After a decade of Tory Prime Ministers rolling out the red carpet to Beijing, this must be the turning point.” 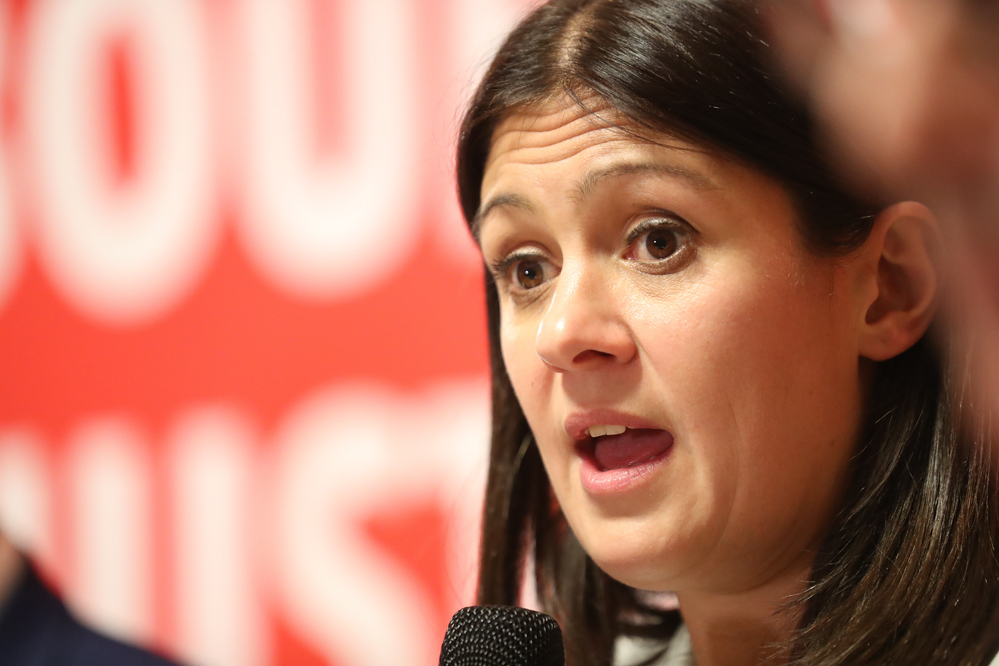 She added: “The Government must use this moment to call time on one of the world’s most appalling human rights atrocities. We cannot turn a blind eye to genocide.”

Ministers have admitted there is credible evidence of widespread evidence of forced labour and internment camps targeting Uyghurs, while campaigners also allege the use of forced sterilisation in an effort to clamp down on the minority community. In a coordinated move with the EU and US, the foreign secretary in March announced sanctions against Chinese officials for what the government described as “gross human rights violations” – a move which the Chinese responded to with sanctions of its own, including against MPs who have led the campaign in support of the Uyghurs.

Jewish human rights group Renee Cassin launched a campaign last month – with the support of Jewish news and the Chief Rabbi – to lobby companies sponsoring or supplying the Beijing Games. The campaign urges firms to “drop their sponsorships and endorsements”, calls for British sporting authorities such as Team GB to “speak out against the persecution” and asks that any individual athletes doing so be protected from censure.

Jewish representatives say the Chinese Communist Party plans to use the Games to ‘whitewash’ its oppression of the Uyghurs in much the same way that Hitler’s Nazi Party used the Berlin Olympics in 1936 to portray a positive image of Germany whilst persecuting Jews.

Chief Rabbi Ephraim Mirvis said at the time: “An Olympic Games is an opportunity for the host nation to proudly invite the world to celebrate its identity and its values together.

“To take part in any such celebration for Beijing 2022, without raising our voices in protest against the unspeakable atrocities that are being committed today against the Uyghur Muslims, would be an unacceptable act of indifference.

Nandy and former Tory leader Ian Duncan Smith, one of the MPs sanctioned by China, will be among faith leaders, politicians and activists discussing practical steps to support the Uyghur community at an conference spearheading by Magen Avot Synagogue this Sunday.

The online event will also feature first-hand testimony from Uyghur activist Rahima Mahmut and an appearance by Kelley Eckels Currie, the former United States Representative at the United Nations Commission on the Status of Women.

Writing for Jewish News ahead of the conference, Duncan Smith accused the government of as two-faced approach two China – speaking of holding the country to account for its human rights record while at the same time pursuing closer trade relations. “The UK government kowtows to this dictatorial, human rights-abusing violent state all in the hope of some trade privilege”.

Rabbi Joel Kenigsberg, of United Synagogue community Magen Avot, said: “As Jews and as human beings we have a responsibility to speak out against injustice and to take what practical steps we can to end this suffering. We are honoured to be spearheading such a high-profile event, bringing together speakers not just from the Jewish community, but leaders of other faiths, MPs and former UN diplomats as well. Together we hope we can make a difference and bring about effective change.”