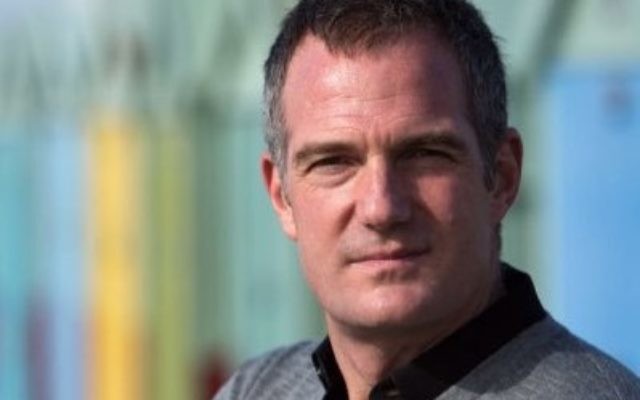 A Labour MP has said his party must do more to tackle anti-Semitism and stop abuse from happening in the first place.

Hove MP Peter Kyle said the party needed to work harder in preventing actions and language that could be perceived as anti-Semitic, saying “the point of offence is the point at which we know we have failed”.

Leading a backbench debate in the Commons marking next week’s Holocaust Memorial Day, Mr Kyle also said it was “extraordinarily irresponsible” to use terms such as Nazi in a way that trivialises the horrors of the past.

Labour has been dogged by allegations of anti-Semitism, which its leader Jeremy Corbyn strongly denies, saying he has been a life-long campaigner against discrimination.

Mr Kyle told MPs: “I look to myself and my own political party for how I and we can strive harder to avoid language and actions that are, or are perceived to be, anti-Semitic.

“We as individuals and as a political party must do more, not only to act swiftly when there is anti-Semitic activity.

“We should be doing more to prevent it in the first place, because the point of offence is the point at which we know we have failed.”

The Hove MP said: “Because fewer survivors remain, it’s easier to get away with trivialising those events or making light of them.

“It is not uncommon to hear people these days who are officious being described as having Nazi tendencies, or those in public life mindlessly calling others concentration camp commandants simply for disagreeing with them, or feeling that they have strong views.

“These sorts of comments are extraordinarily irresponsible, because they casually draw a line between those with a deliberate attempt, by state murder, to murder every single member of an ethnicity or religious group – the first and only time this has happened in history – to a 21st century daily life in a country like Britain.

“To do this not only trivialises the horrific events of the past, it also makes the job of those who set out with a malicious path of outright Holocaust denial that much easier.”

Conservative former cabinet minister Sir Eric Pickles recalled a visit to the Nazi extermination camp Treblinka as he criticised “sinister” deniers for continuing to say the Holocaust did not happen.

“I laid a wreath there and following the visit, as most politicians do, I tweeted my observations.

“Within minutes I received a tweet that said ‘No-one died at Treblinka, it was a transit camp – there were no gas chambers, no crematorium and no mass graves’.

“I’ve no idea whether the person who sent that tweet actually believed it or not.

“I think it’s all too easy to dismiss this as yet another example of our post-truth world, fake news that’s all too prevalent on social media.

“But I think there’s something more sinister going on.”

Sir Eric referred to the 10 stages of Holocaust, including classification, persecution and extermination.

He said: “The 10th stage is the final stage and that’s Holocaust denial – ‘It didn’t happen’, ‘The numbers were exaggerated’, ‘There weren’t that many Jews in the first place’, ‘They brought it on themselves’, ‘The Jews are using it to justify their actions’.

“To forget or belittle continues the Holocaust.”

Sir Eric referred to the new film Denial, focused on the controversial historian David Irving, and said there are thousands of abusive comments under a video of the trailer which claim the Holocaust “was a fake”.

He said: “Only a few days ago David Irving claimed he was inspiring a new generation of Holocaust sceptics.

“That’s a new fancy way of dressing up Holocaust denial.”

Mr Kyle went on to recall his own visit to Auschwitz with students last year, ahead of the memorial day next week.

He said: “Together, we saw the cells where people who tried to escape were bricked up and starved to death.

“The wall against which so many people were shot dead that the ground beneath could no longer soak up the blood.

“The desperately cold cabins where people slept, the train tracks that brought people to their deaths in cattle trucks.

“The sidings where doctors – doctors, the people trained to save and enhance life – used their training to decide who was strong enough for work, and all the others that should be put to death that very day.

“For those of us who celebrate the good humanity is capable of, it is a shattering place to visit.”

MPs across the political spectrum spoke movingly of Holocaust survivors they have met who have gone on to tell of the horrors of the ghettos and Nazi death camps.

Conservative MP Matthew Offord (Hendon) recounted the experience of Renee Salt, who lost her home and was forced into the ghetto after the Nazis invaded Poland.

She was later taken with her mother to Auschwitz-Birkenau where she managed to survive the selection but was moved again to Bergen-Belsen concentration camp – “a repeat of a nightmare”.

Mr Offord said: “Like other members here, I have visited Auschwitz on several occasions. Seeing really is believing and understanding, and I have to say watching the faces of some of the pupils in my constituency is not only very moving, but very telling.”

Conservative MP Bob Blackman (Harrow East) told how one of his constituents, Gena, Turgel lost her brothers, sister and brother in law in the Holocaust.

She survived and married Norman – one of those who liberated her from Bergen-Belsen in 1945 – and now aged 93 she travels around schools up and down the country to talk of her experiences.

Alex Salmond said the Holocaust was “perhaps the greatest crime in human history” and urged unity in standing against those who attempt to deny it.

He said: “All of us, regardless of affiliation, of point of view, of political party, of religion – all of us who are part of humanity must recognise that there are those among us who would seek to deny the terrible crimes of the past for their own cynical motivation.

“But those who don’t deny it, those who acknowledge it and face up to it, those who recognise it – which is the first step in preventing it happening again – these people of whatever point of view should be embraced by us as fellow human beings.”

Labour MP Rupa Huq (Ealing Central and Acton) warned the rise of Donald Trump and spike in hate crime following the Brexit referendum suggests that intolerance is once again on the march.

She said: “There are worries that following the verdict of the EU referendum and events across the Atlantic, which come to fruition tomorrow, prejudice and racism are in danger of becoming acceptable, and that holders of these abhorrent views might in some way feel disinhibited from expressing them.

“So Holocaust Memorial Day this year has renewed significance.”

She warned that “we live in a time of post-truth politics and fake news” and called for Holocaust deniers to be called out as the liars they are.

Communities and Local Government minister Andrew Percy agreed it was wrong to trivialise what happened in the Holocaust.

“We have to recognise the peculiarly and unique evil of the Holocaust, and that is why, as I say, we must bear witness to it,” he added.

“We cannot deny there is an increase in anti-Semitism across the country and across Europe.”

Mr Percy went on to say that a Jewish school he visited in Brussels was guarded by armed police due to concerns over safety.

He added: “We’ve seen that on campuses here, sadly.

“That is not acceptable and we cannot be silent on that.”

The MP for Brigg and Goole also warned about the “increased Israelification of anti-Semitism”.

He said: “I’ve seen this, and I’ve been on the receiving end of this when I was on Twitter in particular, you see pictures of the Star of David represented as the Nazi flag.

“That is not acceptable, it is a form of anti-Semitism.”

He added: “The arguments of those who make statements today that Hitler was a Zionist and such like, we’ve seen too much of that in that debate.

“It is ignorant and it is sinister and we should call it out for what it is.

“It is anti-Semitic, as is attending a rally in support and holding a flag of Hamas or Hezbollah – that is an anti-Semitic act.”