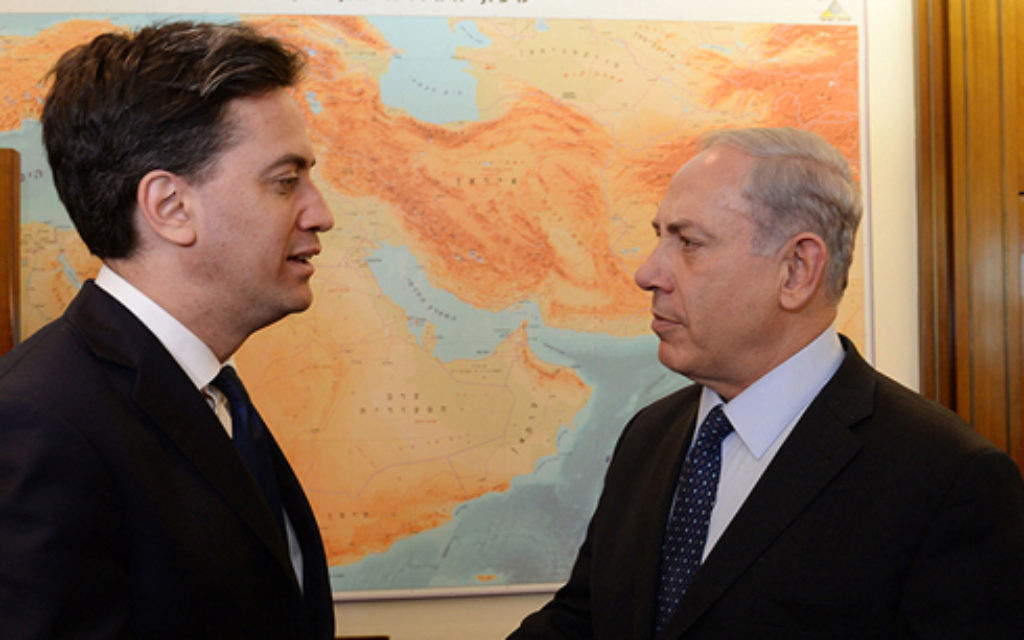 Ed Miliband has acknowledged that a two-state solution “feels more imperilled than in a long time” as he set out to reassert his pro-Israel credentials following criticism over his approach to the Gaza conflict.

His comments came on Tuesday, at a Labour Friends of Israel (LFI) meeting during the party’s annual conference in Manchester, in a much-anticipated address, following his criticism of Israel’s ground incursion into Gaza this summer.

Referring to a “difficult few months” he said: “Whatever our particular views on the events, when you get a vacuum in the peace process, the cycle of violence takes over. That is what we must change.”

He acknowledged too that there was a sense of “urgency” about the situation, saying: “At these times, we feel a sense of pessimism of what is possible. We should have a sense of optimism, but also an urgency of what must be done because we know that in many different ways, the two-state solution feels further away and more imperilled than in a long time.”

During the Israeli operation, Miliband angered many in the Jewish community by calling the IDF ground offensive “wrong and unjustifiable,” in stark contrast to the response from the prime minister.

Earlier this week he told an audience of Palestinian supporters that Labour had been “right to take a stand,” and that he would do so again in the future, but on Tuesday sought to make amends ahead of the May general election.

“Nobody should be in any doubt of our opposition to the terrorism of Hamas and our condemnation of rocket attacks,” he said, insisting that the priority was to “take up the cause of meaningful [negotiation] for a two-state solution”.

Shadow Foreign Secretary Douglas Alexander echoed those thoughts on Monday. “We must stand with the people who want to see an end to illegal settlement building, an end to blockades and the establishment of a Palestinian state,” he said.

“[But] we must also stand with the young people in Tel Aviv who want to go to a nightclub or get on a bus without fear and want to raise their children in a secure Israel, recognised by its neighbours across the Arab World.”

Recalling his meeting with teachers at a high school in Eshkol, near Gaza, Alexander added: “They are the quiet warriors, working for peace. Our job is to do everything in our power to make it happen.”

Both men also pledged to fight “the evils of anti-Semitism and its recent rise in Britain,” and to remain “intolerant” of Israel boycotts. Alexander described the rise in anti-Semitism as “disgusting”.

Barry Shaw, of The Strategic Dialogue Center in Israel, said: “If Miliband wants peace let him produce a reformed and pragmatic Hamas and to persuade the Palestinian Authority to recognise the right of the Jewish people to live in peace in the Land of Israel.”

He added that the “monster in the room” was not Israeli settlement-building but “Hamas’s terrorism, Abbas’s rejectionism and the rapid anti-Semitism of them both”.

In London, activist Clive Hyman reacted to Alexander’s comments about the Gaza blockade, saying: “We have become accustomed to British governments trying to impose their will on other sovereign states and, in most cases, failing. Perhaps a different approach is required.”

But Israeli parliamentarians listening at the LFI meeting were reassured that Miliband and Alexander represented a team with whom they could work. Knesset Labour Member Omer Bar-Lev, who supports a two-state solution, said his party was “proud to share the values of social justice, peace and democracy with our sister Labour Party in the UK”.