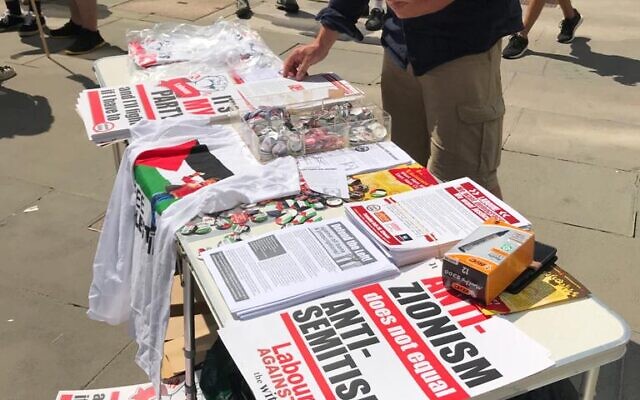 The Resist,  Labour Against the Witch-hunt and Labour In Exile Network, were all deemed proscribed organisations following a vote by Labour’s NEC.

​Another group, Socialist Appeal,  which describes itself as Marxist, was also proscribed on the meeting.

Jewish News understands that voting at the NEC meeting went 22 in favour of banning Labour In Exile Network – with 10 against.

Exactly the same result was reached over banning Labour Against The Witch-hunt.

With the Resist group – which was founded by ex Labour MP Chris Williamson -voting was 23-9.

And for banning Socialist Appeal it was 20 to 12 against.

Jewish News understands that letters of “auto-exclusion” will be sent to members within days to inform them they face expulsion for belonging to any of the four groups.

Labour staff have scanned Facebook pages and other social media platforms run by the groups to gather evidence of membership.

Labour’s governance and legal unit (GLU) have also kept records of those involved with the four groups – some of whom resigned from the party ahead of disciplinary cases.

Others have resigned and made antisemitic statements about leader Keir Starmer.

Again records have been kept of these social media postings -ensuring such individuals cannot rejoin the party.

The NEC also agreed to set up a new panel which would look assess whether other fringe groups operating within the party should also be proscribed.

A Labour spokesperson confirmed on Tuesday: “Labour is a broad, welcoming and democratic party and we are committed to ensuring it stays that way.
“The NEC has decided that these organisations are not compatible with Labour’s rules or our aims and values.”

The party stressed that some of the groups are organised and directed by people already expelled by Labour.

They said their stated aim was to seek to undermine the party’s processes and procedures.

Socialist Appeal was said to have been one of two legacy organisations of the entryist group Militant – along with the Socialist Party of England and Wales.

Meanwhile, the NEC were presented with a damning report on Liverpool Labour which confirmed “evidence of a history of antisemitism” with CLPs in the city.