A Jewish women’s group leader has recounted the “traumatic” moment her prayer books were torn to shreds as she was accosted by a strictly-Orthodox group at the Western Wall.

Tammy Gottlieb said the Charedi men, some of them children, laughed and jeered as they seized her suitcase containing 40 siddurim and proceeded to tear out the pages and trample on them.

They were heard to shout “books of heretics” and “we are obliged to burn”, even though Judaism forbids the desecration of any text containing the name of God.

“We tried taking away the books that weren’t torn yet,” Gottlieb recounted.

“When I saw that it wasn’t possible anymore, when everything was torn, I was trying to save large pieces of paper that weren’t ripped yet, while trying to tell them ‘What are you doing, you’re ruining, you’re ripping the name of the Lord’, which is religiously wrong.

“They didn’t care. While we were trying to take the pages and pick them up, I was trying to pick them up from the floor, and they were stomping on my hands.” 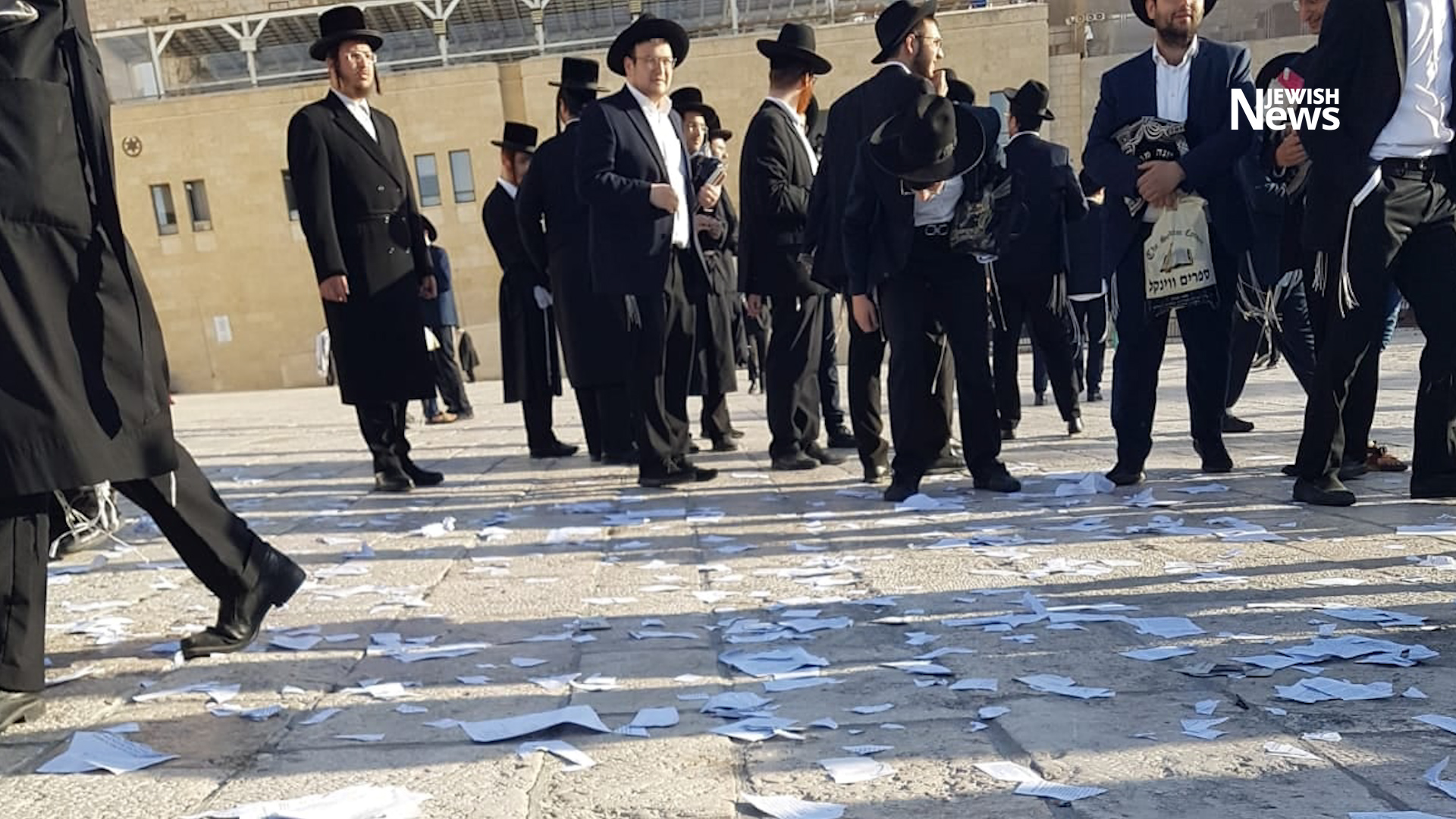 Torn shards of prayer books were left scattered around the plaza (Photo: Women of the Wall)

Gottlieb is a member of the Women of the Wall, which campaigns for equal access to prayer spaces at the Western Wall and holds monthly meetings there.

The holy site in Jerusalem’s Old City is administered according to rules of Orthodox Judaism, with strict gender segregation and a total ban on women wearing tallit or reading from the Torah.

Progressive Jewish groups, which have long campaigned for equal access to the site, say the attack on June 11 was only the latest case of harassment and intimidation.

The Women of the Wall group meets regularly at the Western Wall for Rosh Chodesh, the first day of the month in the Hebrew calendar, but its members are frequently heckled during prayers — even by other women.

“I say it’s not the first time, we’re yelled at and spat at,” Gottlieb told the Jewish News. 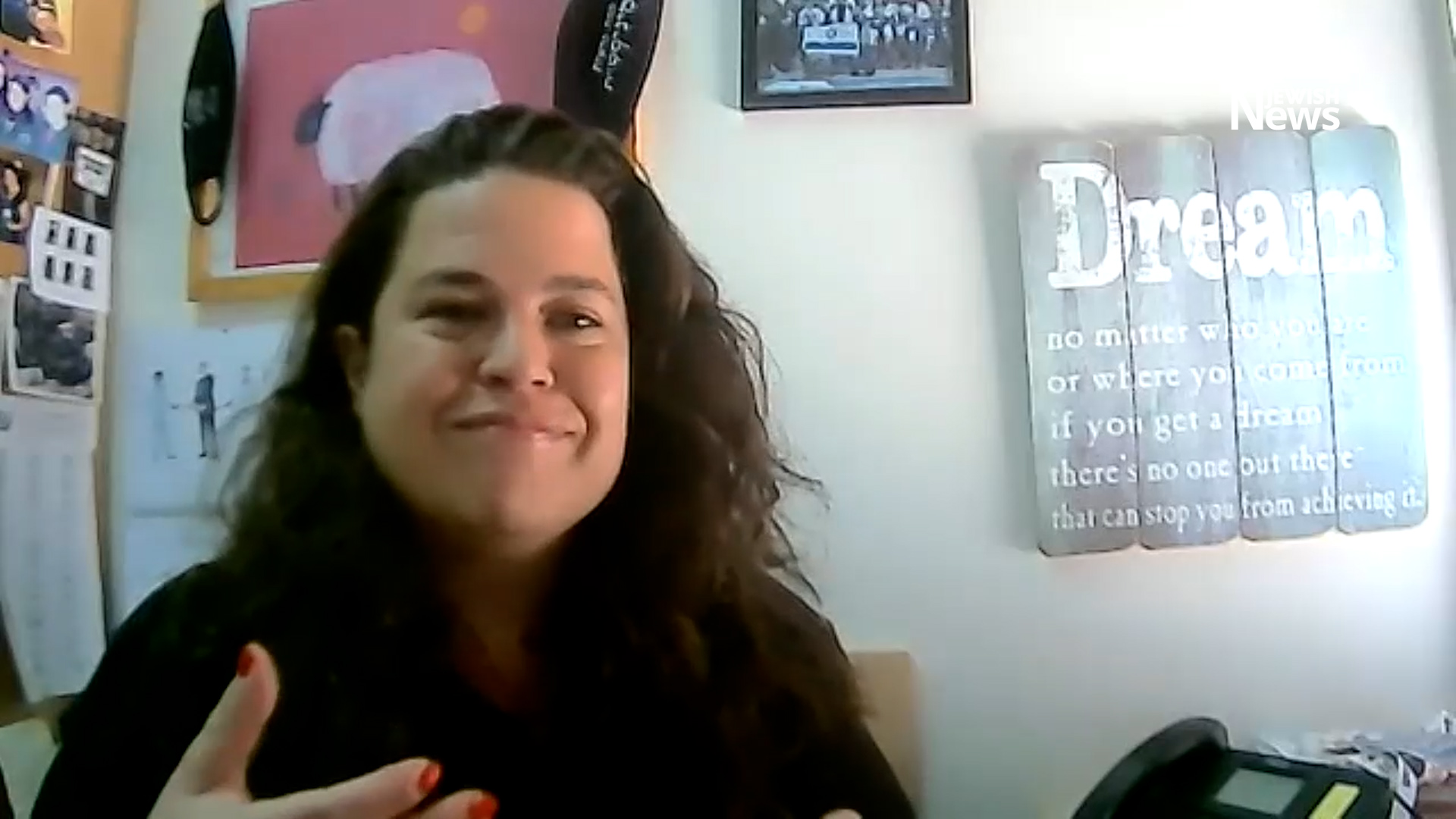 “Five months ago a cup of boiling coffee was thrown at us and the police did nothing.

Many fragments of the prayer books were pictured in nearby rubbish bins and it is unclear if they were retrieved for ritual storage and burial, as would be the case with unusable Orthodox texts.

The Western Wall Heritage Foundation did not respond to a Jewish News query on the matter.

The June 11 incident was reported to local police, but the Women of the Wall group says no one has been charged. 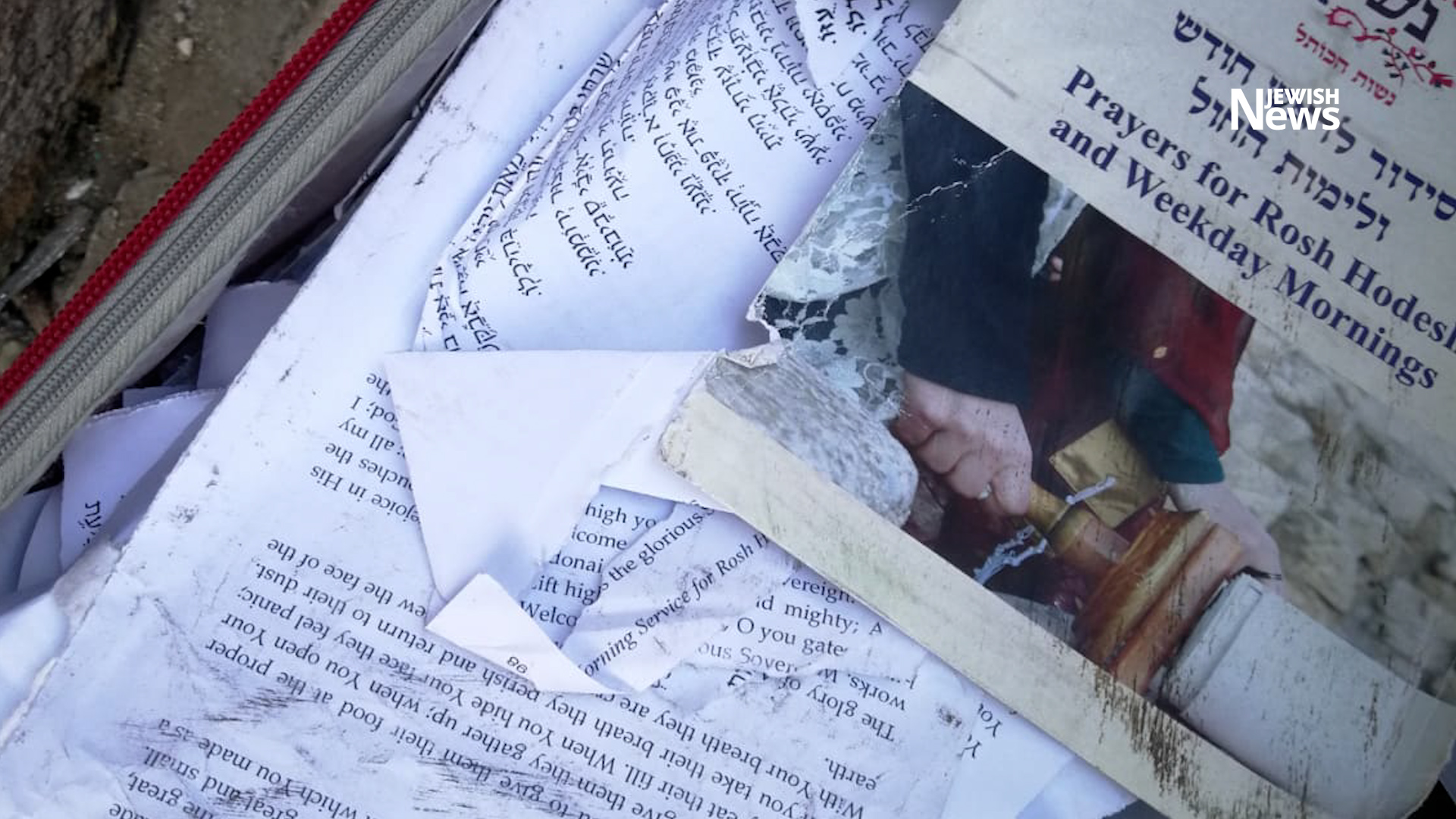 Some prayer book remnants were dumped unceremoniously in bins (Photo: Women of the Wall)

On Monday, Israel’s public security minister Omer Bar Lev told the Jerusalem Post that the Women of the Wall group would be protected in future.

The issue was also raised at last Sunday’s Board of Deputies meeting, which was attended by Israel’s ambassador to the UK Tzipi Hotovely.

“This is the policy of the government of Israel and we would like to see that every Jew will feel comfortable when he comes to Israel and I believe that with the new government, I’m sure, this policy will remain.”

Plans to create a permanent mixed gender prayer space in the Western Wall plaza have been on hold since 2017, when they were frozen by Benjamin Netanyahu’s government.

It happened after the former prime minister came under intense pressure from strictly-Orthodox parties in his coalition.

But the new coalition led by Naftali Bennett and Yair Lapid is understood to be preparing to revive the plans.

They would see the present gender segregation in the main Western Wall Plaza would retained, but the existing temporary platform for egalitarian prayer at the southern end of the wall would double in size.