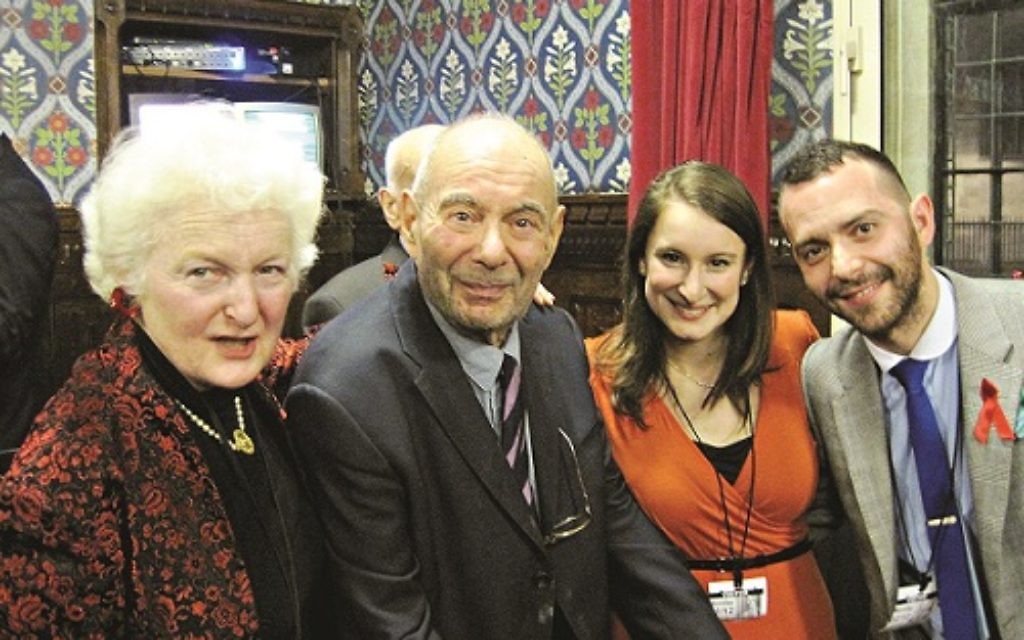 It may not have featured the big name politicians that addressed other Chanukah celebrations this week, but the significance of the gathering that took place in Parliament on Monday evening wasn’t lost on any of its guests, writes Justin Cohen.

Nearly 100 volunteers, supporters and community leaders packed the Jubilee Room for the first reception by a Jewish gay group in the Palace of Westminster, with speakers including Britain’s first openly gay Rabbi Lionel Blue and communities minister Stephen Williams.

Before reciting the shehechayanu prayer, traditionally said to celebrate new experiences, Rabbi Blue spoke of the change in society’s attitudes to lesbian, gay, bisexual and transgender (LGBT) people since he grew up to today. He said: “Seeing you here today is, for me, the fulfilment of a dream. Chanukah is a festival of wonder and tonight is truly a wonder. I hoped for [such an event] but never thought I’d see it in my lifetime.”

Speaking later to the Jewish News, he said his generation “had the worst of it”, reflecting on a time of “blackmail and not being able to speak to anyone” including rabbis and teachers. He spoke movingly of the prejudice and fear that led students at Oxford, and even some of his own congregation whom he suspected of being homosexual, to take their own lives. He hailed the work of Keshet UK, which organised the reception.

Since its creation 18 months ago, Keshet has worked with schools to tackle bullying, worked with Stonewall on Hebrew language educational materials and promoted a Jewish presence at London Pride. Williams described this week’s event as “a really good statement, a merging of the secular state and faith both proclaiming a message of equality”.

Praising Keshet’s “wonderful work”, Finchley and Golders Green MP Mike Freer, who hosted the event, said: “In the past year I’ve personally seen a sea change in the attitude of the Jewish community. The level of acceptance and willingness to engage has changed.

If you go back a couple of years, parts of the community may not have accepted there was even such a thing as a gay Jew.”

While West London Synagogue’s Rabbi Julia Neuberger said her community had a history of being “gay friendly”, she insisted “even those congregations and those parts of our community that see themselves as gay friendly haven’t got it all right yet”.

Keshet co-chairs Alma Smith and Dave Shaw said: “We are proud of what we have achieved but know there is so much more to do to realise full inclusion of LGBT people within the British Jewish community.”