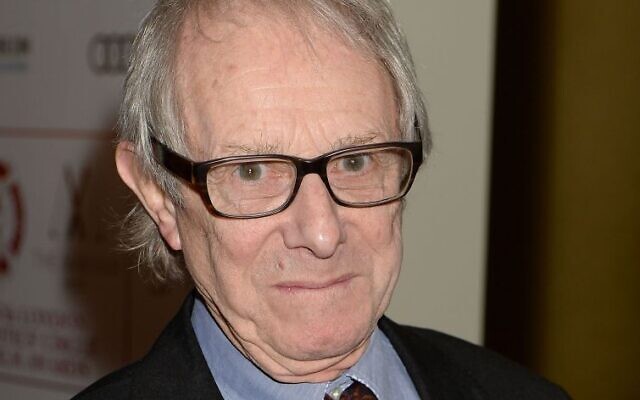 Film-maker Ken Loach has confirmed he has been expelled from the Labour Party in a move he claimed was “a witch-hunt.”

Jewish News understands that the director, who repeatedly sparked anger over his comments on antisemitism, has been informed he has been “auto-excluded” from the party over his membership of a banned organisation.

These including the Labour Against The Witchhunt (LATW) group in which Loach has played a leading role and has acted as a sponsor.

In a statement put up on social media on Saturday  Loach wrote:”Labour HQ finally decided I’m not fit to be a member of their party, as I will not disown those already expelled. Well, I am proud to stand with the good friends and comrades victimised by the purge. There is indeed a witch hunt. Starmer and his clique will never lead a party of the people. We are many, they are few. Solidarity. KL. ”

Confirmation of Loach’s expulsion immediately sparked a furious reaction from his supporters, including John McDonnell MP, the former shadow chancellor.

He tweeted that Loach was a “fine socialist” and said his expulsion was a “disgrace.”

Responding to McDonnell’s tweet David Hirsh, the academic and campaigner against antisemitism wrote:” Most people who defend Loach have no idea that there is any substance to the allegation of antisemitism. They assume it’s got up by the Jews.

“They don’t have the wit to educate themselves or to do simple research. ”

Loach had been a staunch supporter of Jeremy Corbyn’s leadership of Labour, accusing party MPs of trying to undermine him in 2019.

But director of the I, Daniel Blake and Kes movies had himself campaigning against Labour in the 2015 general election, standing candidates with the Left Unity party that he himself founded.

He also became actively involved with the LATW group who  were formed in 2017, by Labour activists who were suspended or expelled from the party over allegations of antisemitism.

Confirmed as one of the “sponsors” of the organisation, Loach has been photographed speaking at LATW events alongside three activists who were all expelled from Labour over antisemitism allegations – Jackie Walker, Moshe Machover and Tony Greenstein.

He also defended activists either expelled or suspended from Labour saying:”This witchhunt is nonsense.”

Loach drew further controversy in the spring of 2018 when he called on the Labour Party to suspend MPs who appeared at the Enough is Enough rally against antisemitism in the party.

He denounced the Panorama documentary into Labour antisemitism, writing to Bafta urging it to reconsider the decision to nominate it for an award.

He also drew anger in 2017 at a fringe event at Labour conference, after a speaker reportedly questioned whether the Holocaust could be discussed, and when asked if it was acceptable, he said: “I think history is for us all to discuss, wouldn’t you?”

At the same event he added: “The founding of the state of Israel, for example, based on ethnic cleansing, is there for us all to discuss, so don’t try and subvert that by false stories of antisemitism”.

In the 1980s Loach had been director of the hugely inflammatory play Perdition – which centred around claims of Zionist collaboration in the Holocaust.

The play, which was championed by anti-Zionist campaigners, was written by Jim Allen, a long-time creative partner of Loach’s.

Fierce protests forced the Royal Court theatre in London to pull the play 48 hours before its preview in 1987.

The late Holocaust historian David Cesarani – one of Perdition’s original and sternest critics – said: “If it had been a good play, and if its history had been sound, no one would have stopped it.”

Loach protested that the cancelled play had been the victim of “censorship”.

A Labour spokesperson said last month that its NEC decided that support for any of the four organisations, including LATW, is incompatible with Labour Party membership.