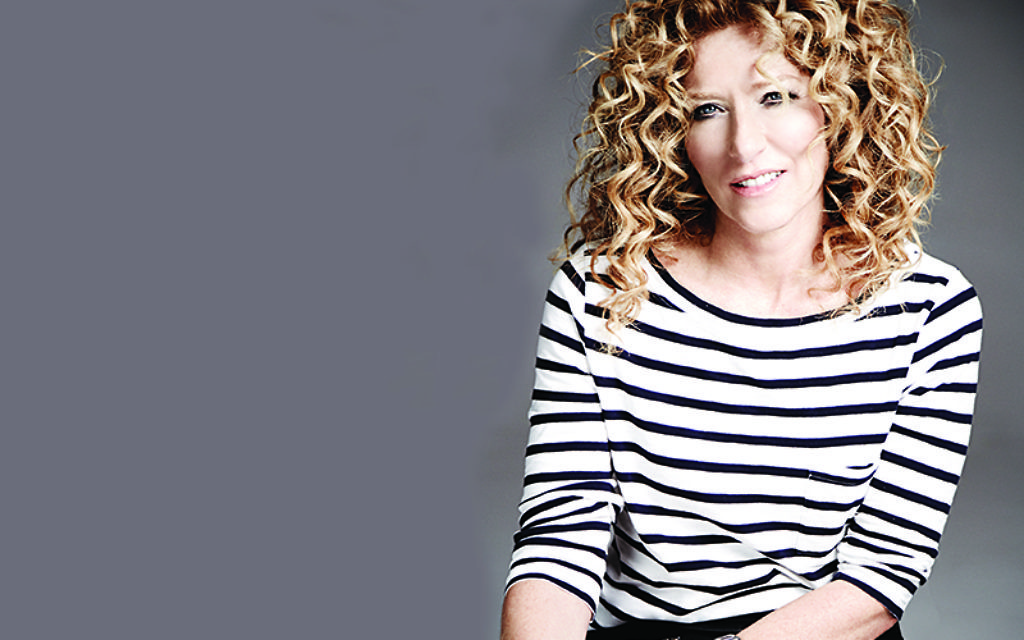 Want to be an entrepreneur? This former Dragon can show you how, says Johanna Bell

As the Jewish businesswoman fronts the latest Britain’s Top Real Role Model (BTRRM) competition search, the 55-year-old is planning on using her own position to help to inspire applicants – and she wants them to ‘think big’.

“To stay at the top of your business is to get the job done right, but it’s also always to go the extra mile and do more,” she says. “My motto is nothing’s too big but nothing’s ever big enough. I’m always wanting to achieve more. If you have that quality, you’re going to succeed.”

BTRRM, in its fifth year and run by Amway UK, celebrates and promotes entrepreneurialism in Britain and sets out to find the UK’s next big businesswoman or man. The winner receives a £5,000 cash injection for his or her company as well as support and mentoring from Amway.

The theme for 2015 is ‘passion-preneurs’: individuals who’ve set up businesses based on their biggest passions.

“I’m thrilled to be involved because I like to pioneer people in business. It’s empowering people and anything that helps people like this is fantastic,” Hoppen says. “People need to believe in themselves and need to be given the confidence to do things. As a role model myself, in terms of being able to lead people, I do that every day in my business with my team.”

Potential applicants worried they’ll be put through a Dragons’ Den-style grilling when they apply need not fear. “I don’t think being a Dragon has anything to do with it – that’s just a TV show,” Hoppen says. “When people pitch to you as a Dragon on television, they’re terribly nervous. I’m hoping this will be different.”

But Hoppen, who is harsh but fair, says she will use her gut instincts. “I think as a woman, it plays a big part in choosing people and you’ve got to talk to people, but I reckon within 10 minutes you can have an idea of the sort of person you’re looking for,” she says. I’m hoping to inspire applicants by just being me; I’ll give them confidence and I’ll try to inspire them to become successful entrepreneurs.”

She adds: “I’m good at getting into people’s heads, extracting information and holding that piece of information to try to put them on a pedestal and make them feel they’re brilliant at what they do, they can achieve whatever they want in life and they shouldn’t be scared to ask for help.”

And what attributes would she value in applicants?

“I think you have to be incredibly honest, have great communication skills, listen, be totally authentic, passionate about what you do and work hard. If you can achieve all those, you’re a good entrepreneur. “Also learning from your mistakes. A real entrepreneur makes the mistake, spends 10 minutes thinking ‘damn, how do I put that right?’ then moves on.”

Hoppen is perfectly placed to help ambitious young entrepreneurs. Born to Irish-Jewish parents, she started her own career aged 16 based around her passion for design. Although the project, designing a kitchen for a family friend, was “a total disaster”, it led to a bigger job which, in turn, opened other doors.

Referrals grew via word of mouth and within a couple of years, Hoppen had her own studio and a team working for her. She is now a multi-award winning home interior designer, author of eight books, has that stint as a BBC Dragon under her belt and last year launched her first e-commerce store.

“Design is something I’ve always wanted to do. Growing up I was surrounded by wonderful art, artists and theatre, so I just knew,” she says.

Of her mother, Stephanie Shub, who is descended from Lithuanian Jews, Hoppen says: “She was my biggest role model. She always inspired me and still does. She’s a force to be reckoned with. She’s full of determination, passionate and knowledgeable.”

This powerful female role model might go some way to explaining Hoppen’s positivity towards women in business. “I absolutely think it’s important to have female leaders – the more the merrier,” she says. “I don’t have a gender equality issue, but I do think female leaders should be women not men.

“Part of what makes a female leader brilliant in business is the fact she does have that vulnerability. We have the joy of being able to be masculine and feminine that perhaps men don’t and I think that’s part of our magic.”

She is confident about her own skills as a leader. Asked what qualities make a good boss, she responds: “Mine,” adding: “Being a boss is about having relationships with people – it’s not about power.

“There are moments you have to show power and then it’s okay, but most of the time it’s about communication and talking to people and total honesty, about what you’re capable of or not, how quickly you can do something – don’t lie.”

For BTRRM applicants and anyone setting up a business, her advice is: “If you have a list of 100 things to do, get two done in a day and do them well, the next day you can do the next two – don’t try to overachieve, just achieve.

• The deadline for BTRRM nominations is 11 September. For details and to enter, visit www.britainstoprealrolemodel.co.uk