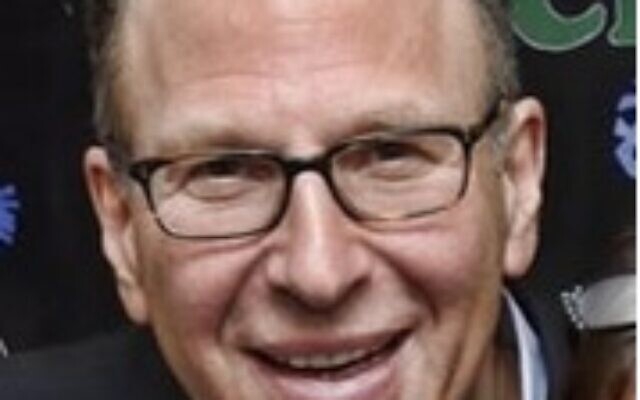 Keith Black has emerged as the early favourite to replace outgoing Jonathan Goldstein as chair of the Jewish Leadership Council.

Chairman and chief executive of the Regatta outdoor clothing group, Manchester-born Black has a wealth of experience within communal organisations such as UJIA, where he is a vice-president, and with the CST.

He is a member of the JLC council, where he is nominated by CST, and lives in north London with his wife and five daughters.

One communal source told Jewish News that Black had the “outstanding credentials” to replace Goldstein, who announced he was resigning as JLC chair earlier this week.

Others have suggested it is time for the JLC to break with tradition and appoint a woman to the top role.

One possible contender for the top JLC job is Louise Jacobs, who is also chair of the UJIA.

Some suggest her workload with UJIA is likely to make Jacobs think twice about running for the JLC chair role.

Mitzvah Day founder Laura Marks is another JLC trustee who is being encouraged to go for the top job Jewish News understands, as is Hilda Worth, a Conservative Friends of Israel deputy chair.

There are also suggestions that vice-chair Debra Fox might choose to put her name forward.

The London Jewish Forum’s Adrian Cohen has been urged consider standing for the role, confirm friends of the popular communal figure.

It is understood that Board of Deputies president Marie van der Zyl is not considering putting her name forward for the post.

An election will be held amongst JLC council members to elect a new chair, if more than one person puts themselves forward.

Eligible candidates need to be members of the JLC council and nominations will open in early December.

A new chair will be in place following an election in early January.
Announcing his decision to step down as JLC chair Goldstein said: “I have enjoyed being an active and present Chair.

“Recent events and pressures have made it impossible for me to be as present as I would want to be and as the JLC needs me to be. I have taken the painful but necessary decision to step down.”