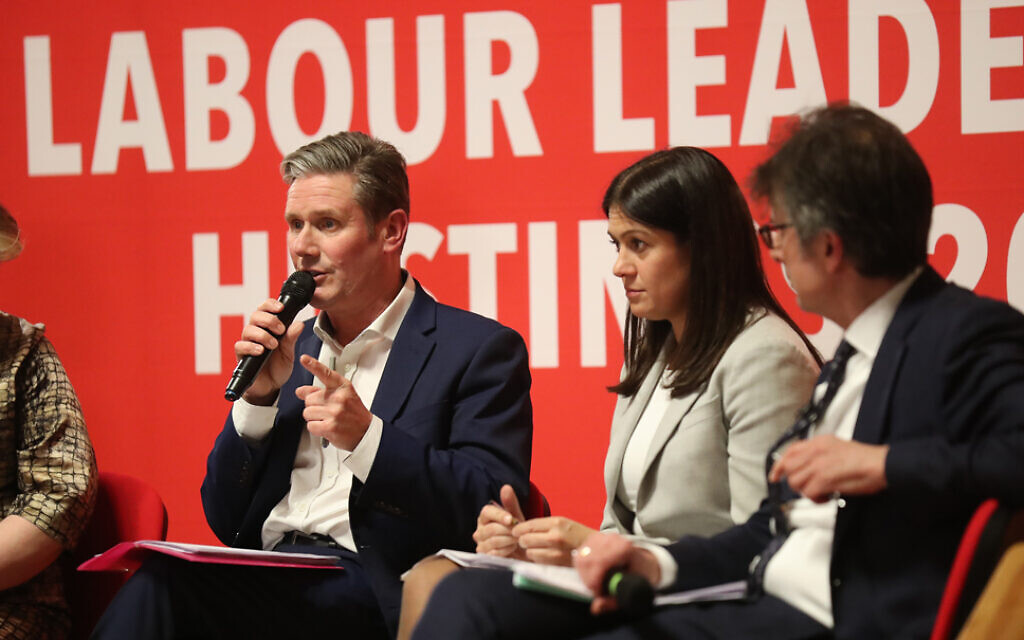 Labour leadership frontrunner Sir Keir Starmer has pledged to work with the Jewish community “from day one” to eradicate antisemitism if he becomes party leader – and revealed plans for his first family holiday in Israel.

Following the Jewish community’s leadership hustings on Thursday night, the shadow Brexit spokesperson said he was “among the loud voices in the shadow cabinet challenging” on antisemitism, and would take action “on day one”, if he got the top job.

Speaking exclusively to Jewish News, he opened up about his little-known Jewish family ties, saying: “My wife’s family is Jewish. Her dad is Jewish, their family came over from Poland. The extended family live in Israel”, in Tel Aviv.

While he hasn’t yet visited the Jewish state, he said he would “of course” like to go, adding: ”I haven’t been but we’re in regular contact with them and we’ve got various visits planned, basically to take our kids for the first time.”

During this week’s hustings event hosted at Liberal Jewish Synagogue, organised by the Jewish Labour Movement with this paper and Labour Friends of Israel, the leadership hopeful was criticised on Twitter after he declined to call himself a Zionist. Other contenders, Emily Thornberry, Lisa Nandy and Rebecca Long- Bailey, did.

Asked why he chose not to, he said: “I do support Zionism. I said that last night. I absolutely support the right of Israel to exist as a homeland.”

“My only concern is that Zionism can mean slightly different things to different people, and as Lisa [Nandy] said, to some extent it has been weaponised. I wouldn’t read too much into that. I said it loud and clear – and meant it – that I support Zionism without qualification.” 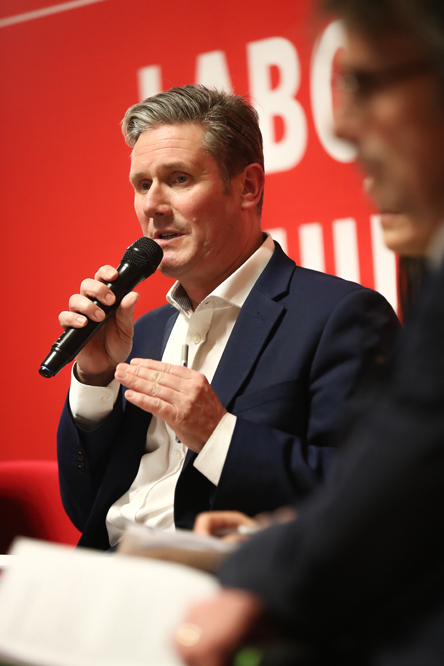 He expanded on comments made during the event, where he said he would take action on antisemitism before the Equalities and Human Rights Commission (EHRC)’s report into the party is published.

Starmer said he would look to tackle antisemitism by working closely with the community and having dialogue “from day one”, adding that he has doing so in his local Camden constituency for the last five years.

“Quite apart from what I think needs to be done, this has got to be something where I listen to other people. But I think it is very very important for the incoming leader to demonstrate on day one, the difference that new leadership will make on the issue of antisemitism.”

He stressed that he “would obviously speak to the equalities and Human Rights Commission straightaway. But what I don’t want to do is, I don’t want a gap between whenever the e outcome of the leadership race and whenever the EHRC reports, because I don’t think we can leave that gap”.

The politician added that his immediate action would not mean “anything inconsistent with what the report would say”.

Responding to criticism made during the hustings about his vocal opposition to antisemitism in the shadow cabinet, he had no regrets about remaining in Corbyn’s inner circle.

Calling rows behind closed doors “pretty legendary”, he refused to go into “a tit-for-tat, who said this or that. All I will say, is that I was among the loud voices in the shadow cabinet challenging” on antisemitism.

If he was to become leader, he would look to work with the EHRC as a way to rebuild trust with the community, giving the commission “access to all of the records and all of the staff, so that they can get as  deep into this issue as they need to.”