The president of the Jordanian Red Crescent has spoken of how training in Israel helped equip paramedics in his country to face the Covid crisis.

Mohammed Al-Hadid – who personally paved the way for the admission of Magen David Adom to the International Red Cross and Red Crescent Movement in 2006 – was the guest of honour at a lunch hosted by MDA UK to mark the first anniversary of the Abraham Accords.

He took to opportunity to warn that leaders of the countries that signed the Accords must ensure normalisation leads to improvements in people’s lives to avoid the failures of the 1994 peace between his country and the Jewish state.

“It’s not enough to sign Accords,” he told the gathering at the Arts Club. “Those for the Jordan-Israel deal were thinking quality of life would be better. This did not happen because the agreement with Egypt and Jordan focused more on security issues. The people need to see projects in the Middle East to make sure we can improve quality of life for regular people.”

But he insisted the conflict with the Palestinians must not be ignored amid new regional ties – with the need for negotiations leading to a two-state solution.

It was under Al-Hadid chairmanship of the Standing Commission of the International Red Cross and Red Crescent that MDA and the Palestinian Red Crescent signed a landmark MOU. The two organisations were later admitted into the movement under a deal which saw it adopt a third, crystal symbol alongside the cross and crescent, enabling the Israelis to use that when operating abroad.

He told the gathering – including Lord Pickles, Rob Rinder and diplomats from Bahrain and Israel – that the IsraelI emergency service was doing “a great job. 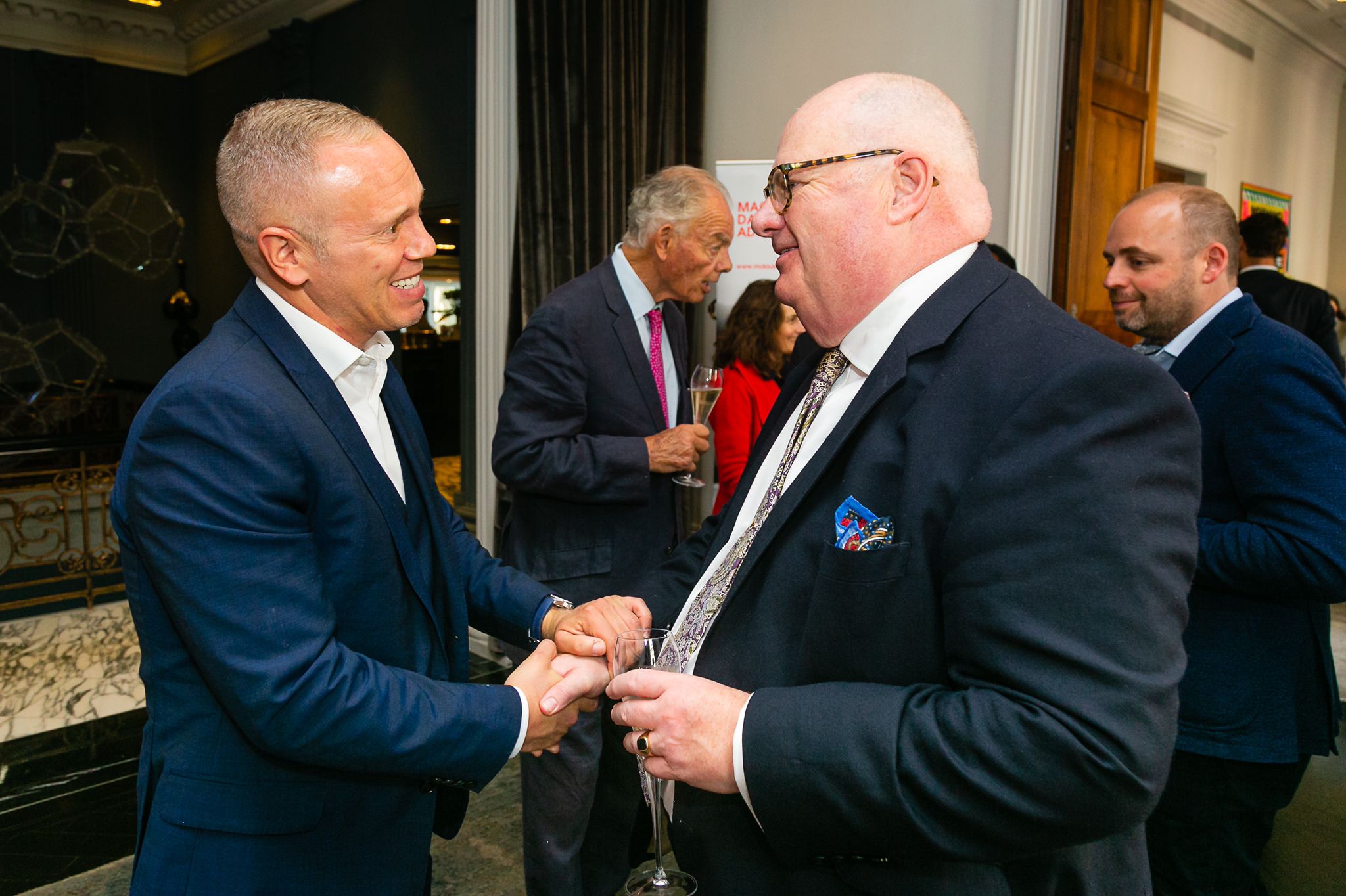 “It’s a fantastic organisation. I sent a cohort of Jordanian students to Israel. I could have sent them to various countries or they could drive one hour and arrive in Israel. They spent four years there and made lots of friends.  MDA trained them and trained them well. Now many of them are working in our centre and were instrumental in the covid crisis.” He revealed Jordanians will be taking part in a workshop in Tel Aviv in December to prepare for earthquakes in the region.

On the many occasions he has had to call on the Israeli Embassy in Amman when Palestinians need help “straight away it falls on listening ears”, he said.

“We never talk about politics with our colleagues. Maybe we have differences but the commonalities are so much stronger. Why talk about trvial matters? The colour of blood doesn’t distinguish between Arab, Jew or non-believer.

“To mobilise people you need an enemy. Let that be pandemics, social injustice, poverty.”

In an impromptu address, Bahrain’s deputy ambassador Fahad Al-Binali said the Accords are “recognition Israel is part of the region” and prosperity is achieved through cooperation. “Our actions will reflect both the text and the spirit” of the historic agreement.

The event was hosted by Brenda and Maurice Geller.

MDA UK chair Russell Jacobs said: “There was a palpable sense of common purpose: that the job in hand is to tackle the region’s humanitarian challenges emanating from conflict and climate change together, through joint initiatives in cross-training, technology sharing – leveraging Israel’s and MDA’s local resources for the benefit of the region as a whole.

“The strong relationship developed with the Jordanian Red Crescent, through the courageous humanitarian work of Dr. Al-Hadid, would be expanded with Israel’s new partners in the coming months.”

Al-Hadid also spoke at an MDA Young Patrons dinner and to audiences in Belfast during his trip. 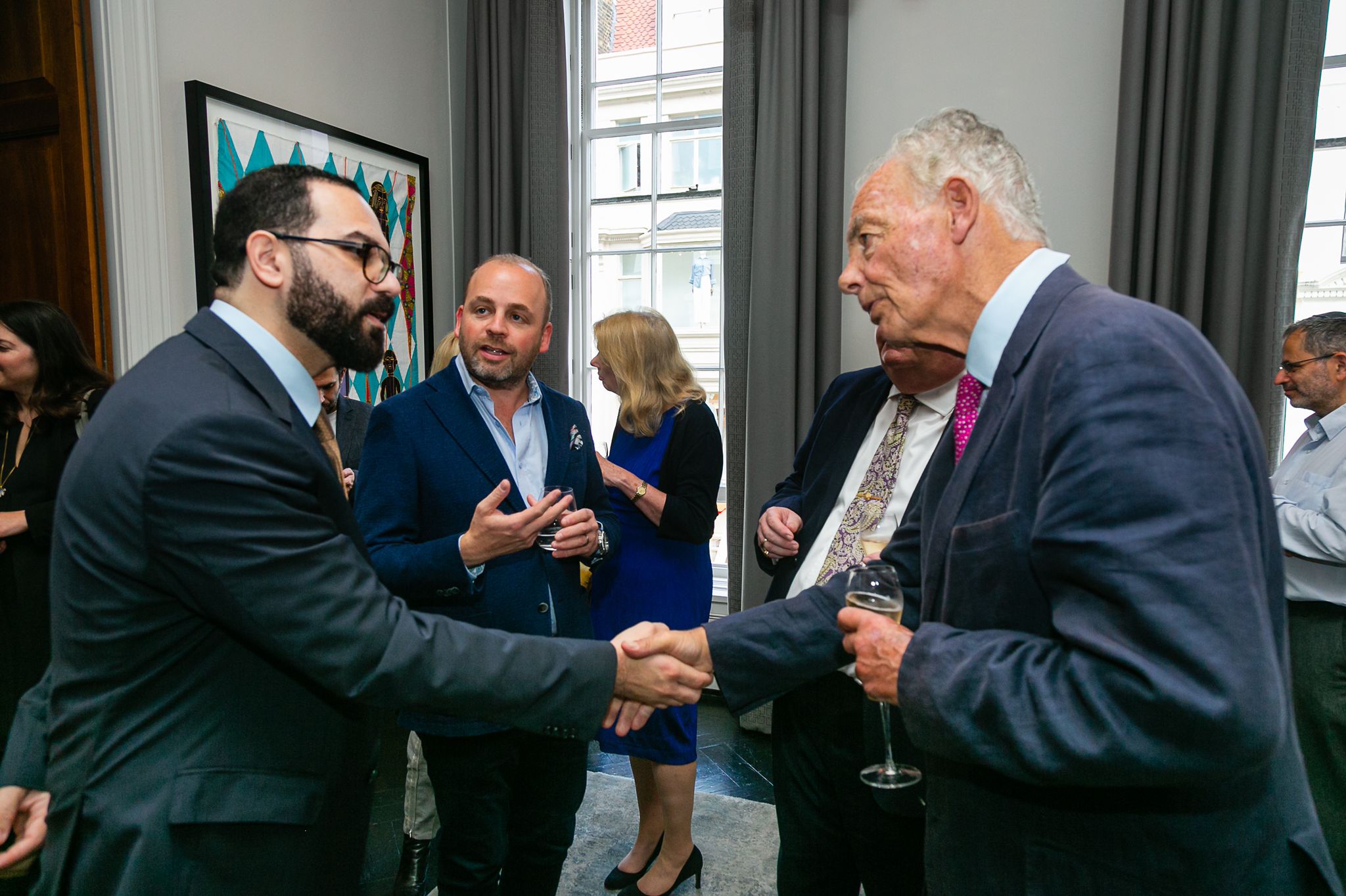