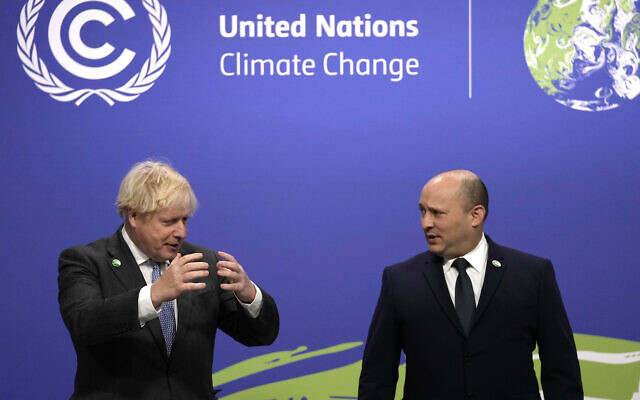 Boris Johnson has been urged to take a tougher stance on Iran and its nuclear threat during his first in-person meeting with Israeli Prime Minister Naftali Bennett.

The Iranian issue was high up on the agenda as Johnson and Bennett enjoyed “warm and friendly” talks at the COP26 climate change summit in Glasgow on Tuesday.

The two leaders also shared discussions over continued efforts to tackle the Covid pandemic, a forthcoming trade agreement and more co-operation, particularly in the field of innovation.

The Prime Minister also welcomed Israel’s progress on climate ahead of COP, including the government’s recent commitment to net zero and revised nationally determined contribution.

He hoped to see further regional cooperation on expanding access to clean and renewable energy, to support decarbonisation and help to foster peace and stability.

Jewish News understands that the Israeli PM outlined his view that world powers need to markedly increase pressure on Iran as a result of the new hardline regime in Tehran.

This included taking a hard line in the UN Security Council and in the International Atomic Energy Agency (IAEA). 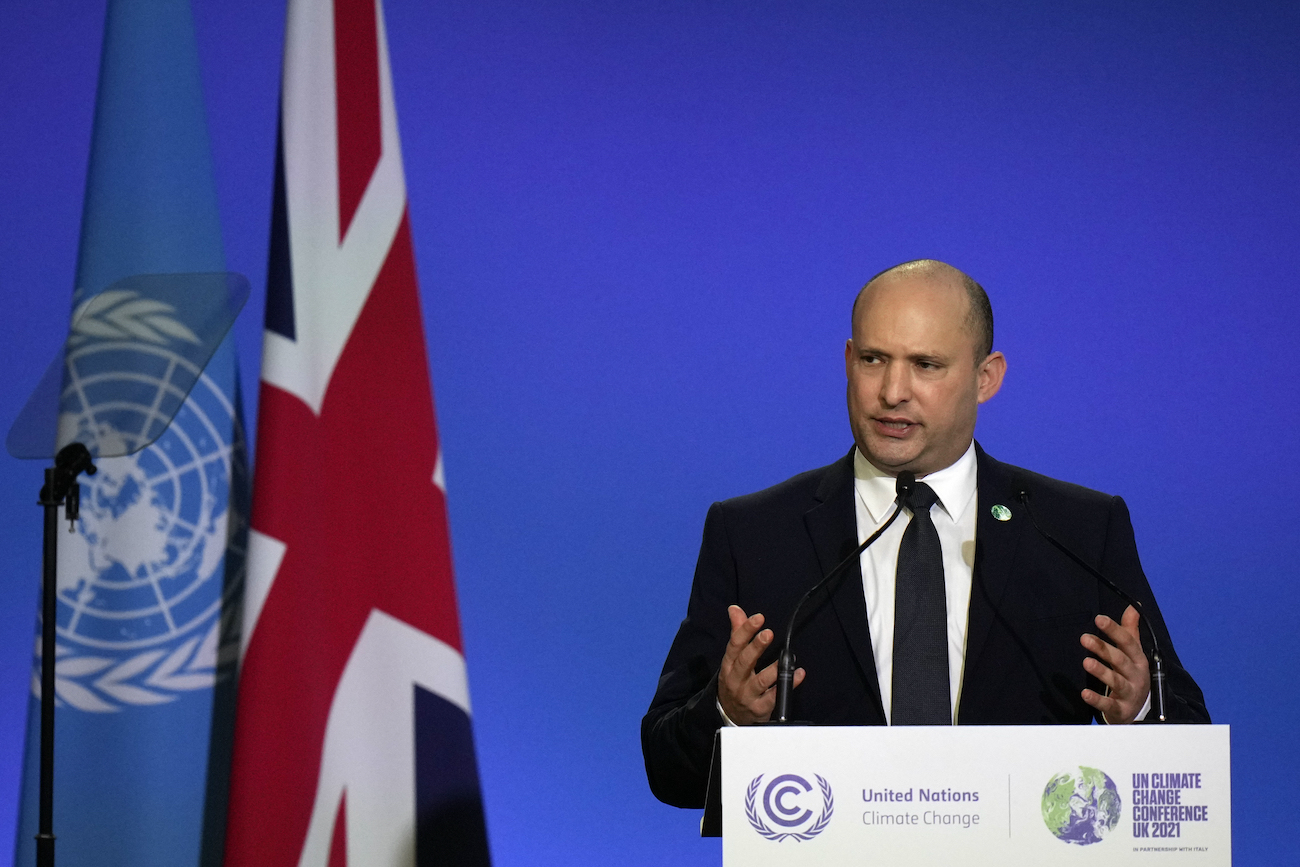 Iran has reduced its cooperation with the UN nuclear watchdog over the past year.

But Western countries decided in September not to table a censure against Iran.

Reports from Israel on Tuesday’s meeting with Johnson, suggested  Bennett argued that without a firm plan to prevent Iran from obtaining nuclear weapons it would be a mistake to lift sanctions, giving Tehran a financial lifeline that it can use to finance its malign activities in the region.

The UK PM reassured his Israeli counterpart during the talks that the UK would continue to work closely with Israel on issues such as security.

But at Prime Ministers’ Question Time on Wednesday, Johnson suggested the UK would continue to pursue conventional diplomatic moves to reach an agreement on reestablishing limits to the Iranian nuclear programme.

Asked about Iranian nuclear threat, the PM told the House of Commons:”This is a case of making clear to the Iranians that there is an opportunity for them to do something that would be massively in their interest of the Iranian people, which is to come back to the table and restore the JCPA (joint comprehensive plan of action).”