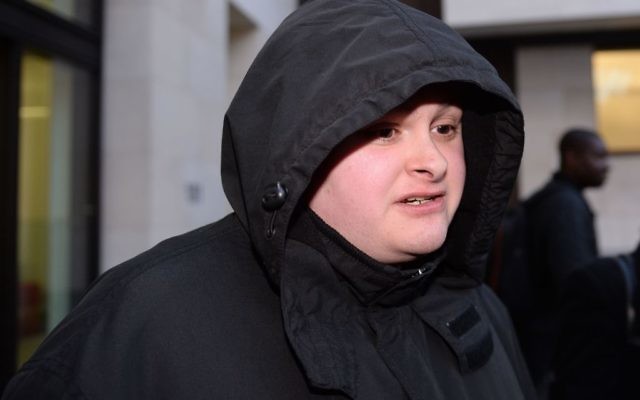 An internet troll has been jailed after making anti-Semitic death threats to a Labour MP, telling her she would “get it like Jo Cox”.

John Nimmo, 28, from South Shields, sent two emails to Luciana Berger, which included a picture of a large knife and telling her to “watch your back Jewish scum”.

The messages to the MP for Liverpool Wavertree came just three weeks after fellow MP Jo Cox was killed.

The former shadow minister for mental health said the messages had caused her “great fear and anguish”.

She said the incident had left her in a state of “huge distress” and “it caused me to feel physically sick being threatened in such a way”.

“I was extremely concerned for my safety and I felt completely under threat. I had previously received anti-Semitic messages and threats but the reference to Jo Cox was terrifying,” she said.

“The biggest concern was not knowing who this was, for all I knew the offender could have resided next door to me.”

In a separate incident he sent offensive emails to an anti-hate crime organisation including threats to burn down a mosque.

Nimmo, who appeared by video link from prison, was also sentenced for three charges relating to anti-Semitic tweets and accusing a woman of being a paedophile.

This is the second time Nimmo has been jailed, after he was imprisoned in 2014 for eight weeks after sending abusive messages on Twitter to feminist campaigner Caroline Criado-Perez and MP Stella Creasy.

It came after Ms Criado-Perez led a campaign using social media for a female figure to appear on a Bank of England note.

Jailing him for two years and three months for the nine offences, Judge Robert Adams said he “caused terror, fear and paranoia”.

He said the crimes were cowardly attacks “done from the comfort of your own home where you thought you could never be identified which caused misery to other people”.

He said the attack on Ms Berger was the most serious of them all, because “it involved a lady who is Jewish and a democratically elected Member of Parliament”.

Vic Laffey, defending, said the offences had caused “enormous distress” to the victims and said Nimmo lived an isolated life and suffered from Aspergerss Syndrome.

John Dilworth, from the Crown Prosecution Service, said: “John Nimmo conducted an online campaign of hate-filled abuse in the belief his identity was securely hidden behind the fake accounts that he had created.

“However, there was a clear forensic link between the messages sent and the device used to send them.

“Nimmo tried to cover his tracks but his clumsy attempts to do so were swiftly exposed and he was arrested by police.

“Working with the police we built a robust case against Nimmo which left him with little option but to plead guilty to all the charges against him.”

Speaking after the sentencing, Ms Berger said: “Every day, up and down our country, people experience vile racist abuse, harassment and violence.

“Too often people feel that they can’t report these horrific crimes.

“I hope that if any good at all can come from this traumatic experience it is that others will see that you do not have to suffer in silence. Action will be taken.

“I would encourage anyone affected to report these crimes.

“Together, we can stand up to and defeat the racists in our communities.”