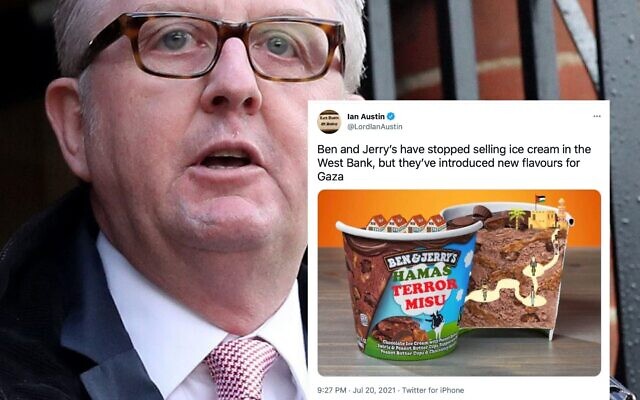 The Jewish Leadership Council has backed a former Labour MP in a row over an allegedly “racist” tweet towards Palestinians.

Lord Ian Austin, who quit the party in 2019 in protest of antisemitism, shared a message on social media this week satirising Ben & Jerry’s ice cream boycott of Israeli settlements.

He posted an image featuring a tub of ice cream called “terror-misu”, adding: “Ben and Jerry’s have stopped selling ice cream in the West Bank, but they’ve introduced new flavours for Gaza”. It depicted terror tunnels leading from one half of the tub to the other, making an apparent link between boycotts of settlements and support for terrorism.

This comes after Ben & Jerry’s announced a it would stop selling its products in Israeli settlements this week, leading to accusations of antisemitism,  as well as kosher shops deciding to boycott the firm.

“I’m sure Ian didn’t create it but he can’t spot racism and also fails to understand International Law which says settlements are illegal.

The politician was made a life peer after stepping down from Westminster, after representing Dudley North for almost 15 years. His adoptive father, Fred Austin, was a Czech Jew who escaped the Nazis.

Anti-occupation group Yachad condemned his tweet as a “reckless generalisation that feeds into anti-Palestinian racist narratives”.

Claudia Mendoza, co-chair of the Jewish Leadership Council, however backed Austin in the row with Sobel. She said: “It is an over interpretation to claim that Lord Austin’s tweet does anything other than highlight that Gaza is under the de facto control of Hamas, a proscribed terrorist group.

“What doesn’t require interpretation is Lord Austin’s years of support for the Jewish community which eventually cost him his seat in the House of Commons. We are grateful that Lord Austin continues to be a valued supporter of our community.”

Austin’s tweet, which has been retweeted more than a thousand times, drew plenty of sharp criticism on the site.

Following criticism from Alex Sobel, he said: “I did not and never would say “all Palestinians are supporters of Hamas”.

“I said Hamas are terrorists. Their brutal dictatorship controls Gaza. I tried to call him but he refused to speak.

“He prefers to wind up abuse on twitter. Pathetic.” 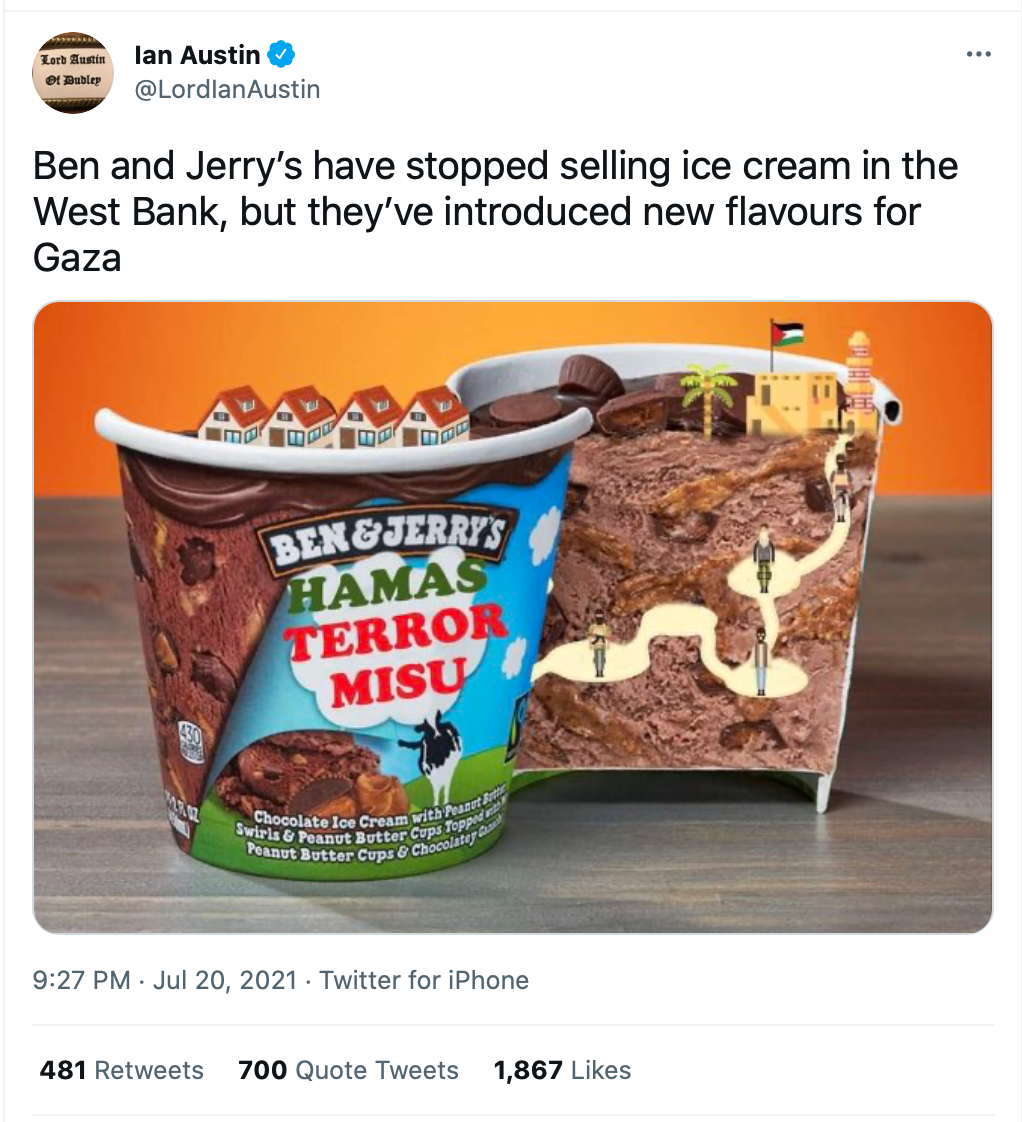