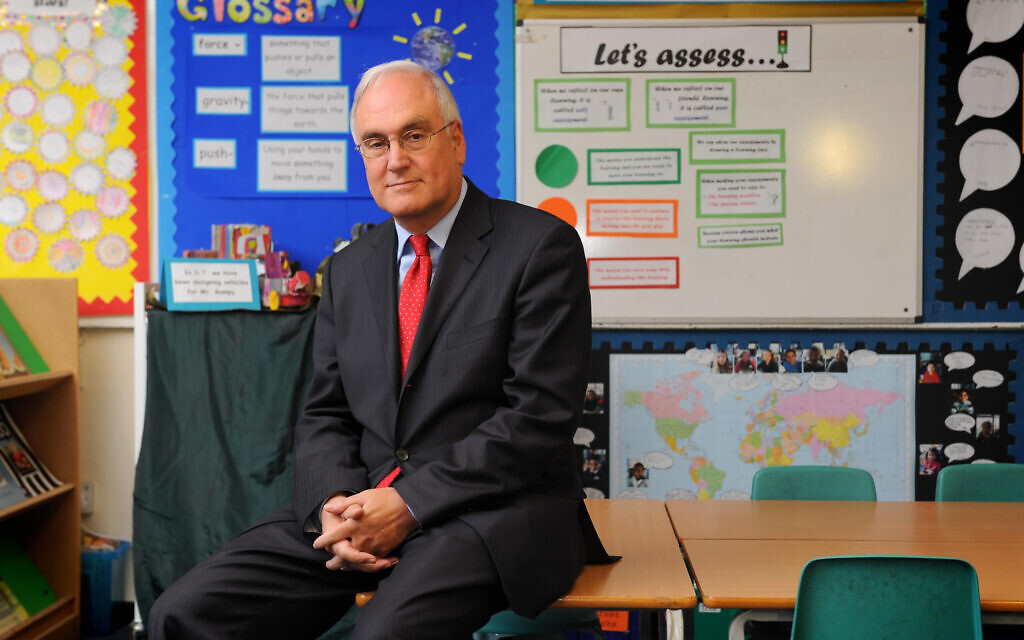 Mounting concerns at JFS “were swept under the carpet” and the local authority “failed” students over safeguarding, the school’s new interim headteacher has revealed.

Former chief inspector of Ofsted, Sir Michael Wilshaw, said Europe’s largest Jewish secondary has already been improved in a matter of weeks, following the shock resignation of headteacher Rachel Fink at the end of May.

Her departure came after an inspection by Ofsted, with the education inspectorate set to publish its findings imminently. Wilshaw and Dame Joan McVittie, who is supporting Sir Michael at JFS, both said they were unable to comment on the report until it is published.

Speaking to Jewish News, Wilshaw, who was chief inspector of Ofsted from 2012-16, identified the key issue as being a poor “culture and behaviour”, which was linked to safeguarding of students.

Saying the school’s culture has already been “transformed”, he insisted he was “not being arrogant and boastful”, but that “the corridors are calmer, the classrooms calmer, teachers are teaching, children are learning. And we’ve set up all sorts of systems in the school to improve the quality of our behaviour around around the place.” 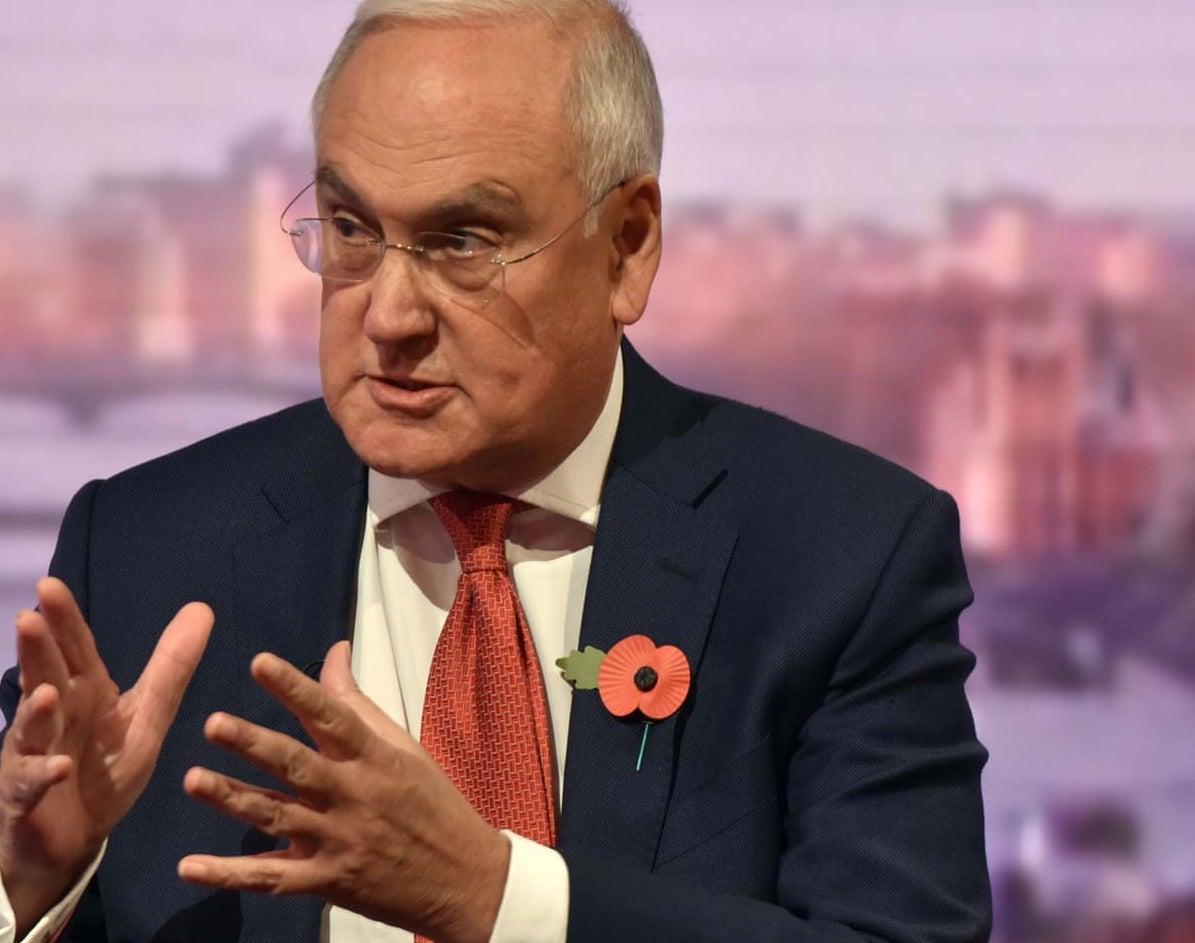 He added: “Within two weeks, we’ve seen a massive change, where we set clear boundaries for students. Staff want the sort of culture we are prescribing. They had become fed up with poor behaviour. Teachers know they must step up in terms of the quality of teaching, which they are doing.”

Dame Joan McVittie, who has been a headteacher for two decades, said it is “constant change that is unsettling and not in the best interest of school. Previous heads were very much at a disadvantage, because of that change. Going forward, the key thing for the school is actually to get a permanent head in post, who will stay long term and provide stability.”

Asked what previous headteachers had got wrong, Wilshaw said they “didn’t focus on behaviour enough. They didn’t focus on  what was happening in the classrooms and identify where things would go wrong.

“They did not communicate well enough with both the student body and the staff to make clear what the expectations were. And things were swept under the carpet, I’m afraid. But we’re getting all that right.” 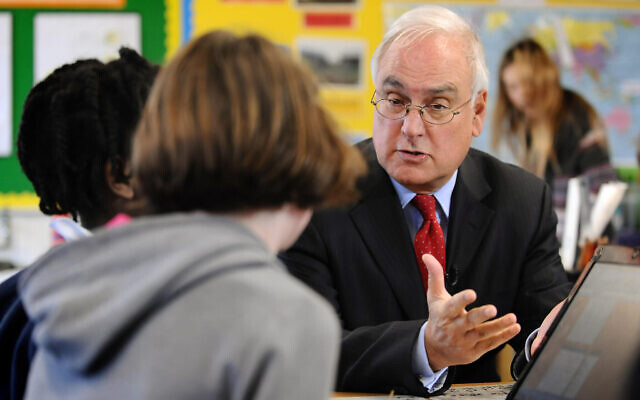 Wilshaw also hit out at the local authority, Brent Council,  for having “failed” to identify safeguarding concerns. He said: “When they knew there were issues around safeguarding and mental health issues, they should have been in here monitoring the situation – well before Ofsted. The local council has failed this school, there is no question about that in my mind.”

McVittie praised the JFS’s governors, who “have been extremely quick in responding”, adding she has “never seen a school with governors who have really put their day jobs to the side” to take action.

Reflecting on who might take the headteacher’s role on permanently, Wilshaw said: “It’s a big school and a complex school, so obviously the governors will be looking for somebody very experienced, who’s got a track record of success in other institutions. The school needs an experienced person.” 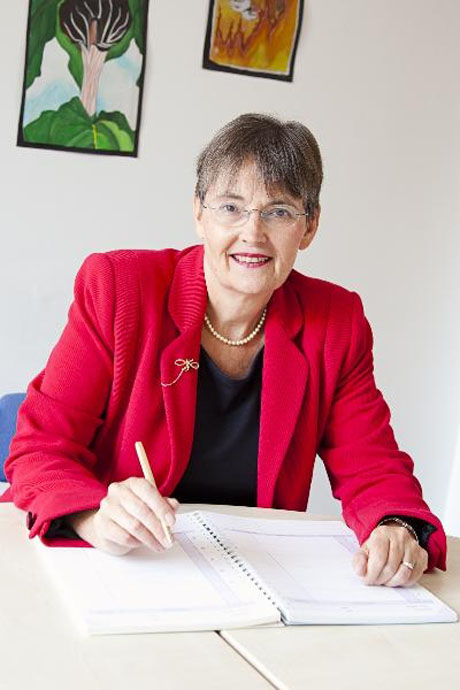 He dismissed claims that JFS now has too many students, saying: “The size of school is not a factor here. The building can accommodate 2,000 students. The campus is fantastic. There are a lot of staff who have been here many years and are very committed to JFS. It is the quality of the culture that that needs to improve.”

Asked whether the permanent head should be from within the community, he said: “Not necessarily  but that would be a bonus if they could get both” experience and someone communally minded.

Wilshaw, who has been a teacher for more than 40 years including 26 as a headteacher in London secondaries, said he and Dame Joan McVittie both “know how important culture is” to the success of a school.

“Teachers feel confident to teach without disruption from students. Teachers raise their game much more effectively. Assessment is improved, the quality of teaching improves.”

“So this school has a bright future. It’s onwards and upwards. JFS will succeed very quickly.”

More than 2,500 people have signed a petition launched by a JFS student, urging the Kenton-based school to provide better mental health support.