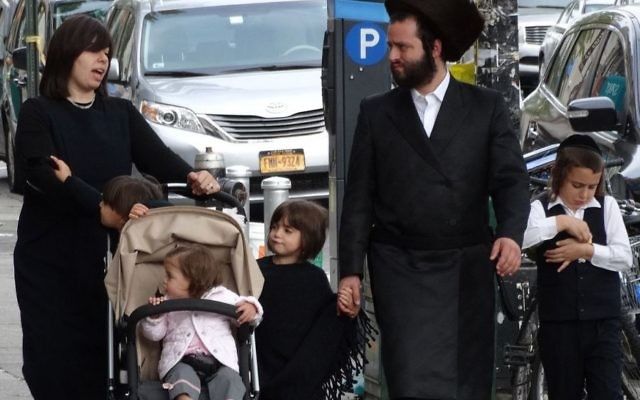 Many hate crimes were reported against the Charedi community of Brooklyn, New York in 2020

Hate crimes against Jews made up the heavy majority of all religion-based incidents reported in the United States last year, new figures have revealed.

Jews accounted for nearly 60% of all religion-based reports in 2020, according to the FBI.

There were 676 incidents targeting the Jewish community, a drop from 953 in 2019, accounting for 57.5% of all religious bias crimes.

But while the figures were a decrease on the previous year, monitoring groups warned this was driven by a sharp drop in the number of law enforcement agencies declaring their figures.

“The fact that American Jews—who make up no more than 2% of the U.S. population—are the targets of nearly 60% of religious bias crimes should set off alarm bells,” said David Harris from the American Jewish Committee.

“AJC’s 2020 State of Antisemitism in America report revealed that an astounding 88% of American Jews are concerned about Jew-hatred in the United States – and the latest FBI hate crime statistics illustrate exactly why.”

But despite fewer US agencies reporting their figures, the number of race-based hate crimes rose at their highest rate in 12 years.

Jonathan Greenblatt, chief executive of the Anti-Defamation League, which monitors antisemitism, said it was a disturbing trend: “As ADL has said time and time again, when just one individual is targeted by a hate crime, it negatively impacts the entire community, resulting in marginalized groups rightfully feeling vulnerable and under siege.

“While these numbers are disturbing on their own, the fact that so many law enforcement agencies did not participate is inexcusable, and the fact that over 60 jurisdictions with populations over 100,000 affirmatively reported zero hate crimes is simply not credible.”

The larger majority of agencies who did participate reported zero hate crimes.