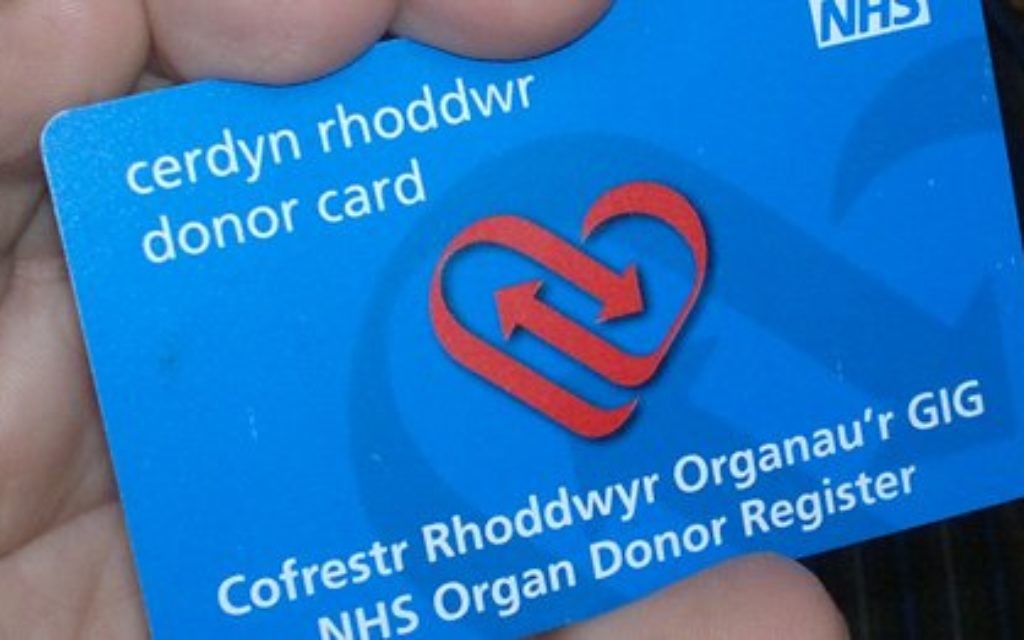 Organ donation is a controversial subject in the Orthodox community

The Jewish world cautiously greeted a new law on organ donation which came into effect in Wales this week.

Adults now automatically become donors after their death unless they have previously opted out, in a move designed to save lives, but there was a hesitant response from some areas of the Jewish community.

Rabbi Paul Freedman, chair of the Assembly of Reform Rabbis UK, acknowledged that the issue had divided opinion. “We encourage organ donation as a mitzvah,” he said. “Although many Reform rabbis are therefore in favour of an-opt out system, some have questioned whether presumed consent is the right approach.”

It will apply to over-18s who have lived in Wales for over 12 months and who die in Wales. Although the automatic opt-in currently only applies in Wales, the organs could go to anyone in the UK for whom a suitable match is found.

Some Orthodox leaders this week signed an open letter expressing their unease about the plan, saying: “We remain opposed to any weakening of the principle the donation of organs should be free and voluntary.”

The Board of Deputies did not say whether it supported the new law. Vice-president Marie van der Zyl said only: “We ask that the religious and cultural rights of Jews be respected before organs are taken for transplantation.”

Welsh politicians have been consulting Jewish communal and religious leaders on the change for almost six years, with advice first taken from Lord Sachs when he was chief rabbi.

In 2011, Sacks said: “A living person may donate an organ to save someone else’s life. This is not only permitted but actively encouraged. With regard to donation after death, in principle Halacha (Jewish Law) permits such donation provided the organ is required for an immediate transplant and not research.”

Rabbis across Wales have begun asking members of their communities to appoint religious representatives to make the decision “because Halachic criterion in the determination of death have to be made”.

Stanley Soffa, chairman of the South Wales Jewish Representative Council, said: “We agree with the aims of the legislation, namely to increase the number of organs suitable for transplant, because there is a big shortage”.

However, he said: “Many remain unhappy with the manner in which the Welsh Government has approached this,” highlighting the “soft opt-out” provisions, which mean the automatic opt-in would not apply to those whose family can show that they did not want to be a donor.

“How you do that is not set out and will lead to confusion,” said Soffa. “It is important that at a time of grief your family is not put under extra stress… We should all discuss our wishes with loved ones.”