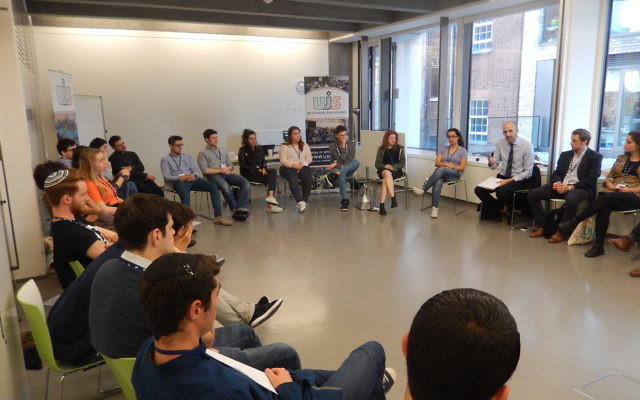 Jewish students have voted to continue working with the National Union of Students and its anti-Israel president Malia Bouattia, deciding to “stay in the room, rather than shout from outside”.

The vote, at the Union of Jewish Students’ annual conference on Sunday, was “an opportunity missed,” according to one of the two student who proposed the motion which saw “passionate debate” involving four rounds of speeches.

The lively exchange saw Jewish students discuss the advantages and disadvantages of suspending the current working relationship between the UJS and national student body. Organisers later said the result meant that “despite events of the last year, Jewish students are not ready to give up on the NUS”.

Josh Holt, who was elected UJS president 2017-18 at the same conference, said: “There is so much that can be done from within the room, and we can do far less if we shout from the outside. We have to try and make change for ourselves and we are best placed to do that when we are in the room.” 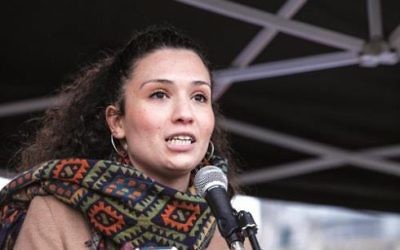 The motion had denounced Bouattia, declaring: “Since her election, Malia has done little to listen to Jewish students’ concerns or to reassure them that she has understood why they believed her rhetoric to be anti-Semitic.” Bouattia has said her criticisms were of Zionism, which is a political ideology, not of Jews.

Motion co-sponsor Binyomin Gilbert said: “I am disappointed that this motion didn’t pass. It was a key opportunity to stand up against what many Jewish students do see as a core and fundamental problem in the NUS.”

He added: “The outcome was not a solidarity vote for Malia or the current NUS leadership but was made bearing in mind the varied needs of Jewish students beyond issues of anti-Semitism.”

Max Sherrard, a two-time NUS Delegate for the University of Leeds Students Union, argued against Gilbert, saying: ‘The role of UJS at NUS Conference is now even more important… This motion threatens to reduce Jewish students’ role in NUS to victims of anti-Semitism. The reality is that Jewish life is so much more.”