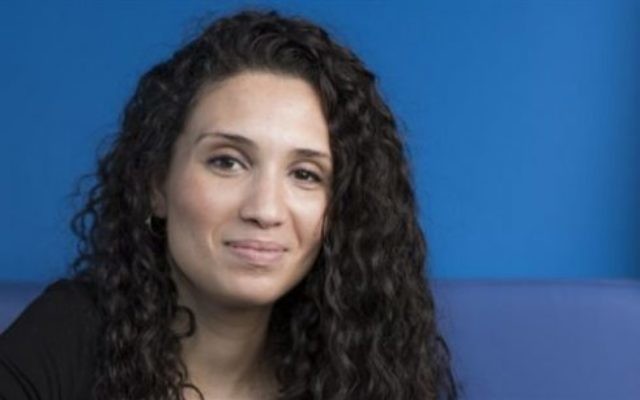 Jewish society presidents from almost fifty universities have called for a leading anti-Israel candidate for the National Union of Students (NUS) presidency to clarify her past comments on Zionism and Jewish students, writes Patrick Maguire.

The cohort say they are “extremely concerned” by the record of controversial presidential hopeful Malia Bouattia.

Bouattia, the beleaguered union’s Black Students’ Officer, once described the University of Birmingham as “a Zionist outpost in British higher education” and claimed Prevent, the government’s anti-radicalisation policy, is dictated by “all manner of Zionist and neo-con lobbies”.

The letter reads: “There are roughly 8,500 Jewish students in the UK.

“We are shocked that someone who is seeking to represent this organisation could possibly see a large Jewish student population as a challenge and not something to be welcomed.”

“Our question is clear. Why do you see a large Jewish society as a problem?”

A 2011 article co-authored by Bouattia – then a member of University of Birmingham Friends of Palestine – complained that the institution had “the largest JSoc in the country… dominated by Zionist activists”.

She went on to describe the JSoc’s calls for “co-existence” and their hosting of 25 Israeli students as “Orwellian propagandising for the state of Israel”.

Bouattia is also facing calls to clarify her relationship with the Muslim Public Affairs Committee (MPACUK) – a group blacklisted by the NUS for anti-Semitism since 2004 – after securing an endorsement from its spokesperson.

Noting that MPACUK were banned by the NUS “after publishing material on its website promoting the idea of a worldwide Zionist conspiracy, including the reproduction of articles originally published on neo-Nazi and Holocaust Denial websites”, the open letter challenges Bouattia to clarify whether she will continue to interact with the organisation if elected president.

Bouattia, who provoked a media storm when she led a bloc who scuppered an NUS motion to condemn ISIS, is standing against current president Megan Dunn and De Montfort University student Adil Waraich.

In a response to Jewish students, Bouattia said she had been “misrepresented” and that she was “extremely uncomfortable with insinuations of anti-Semitism” – but claimed her taking issue “with Zionist politics is not taking issue with being Jewish”.

She added: “If elected as president of NUS, I will continue to fight against racism in all its forms – including antisemitism – and encourage the further development of serious interfaith work.”