MIRIAM SAFFER began her career abroad, teaching English as a foreign language. While travelling in India, she found inspiration in the respect that pupils had for their teachers.

Speaking to Jewish News after collecting her award, Miriam highlighted the importance of continuing to learn from others. “I am fortunate to be surrounded by so many great educators who have taught and guided me,” she said. “The best teachers continue to take advice from others and pupils really respect that.”

Asked what she’d like to do with the prize money, she said: “I’d like to invest in special education and needs training. We have children with varying needs and it is important to support them.” 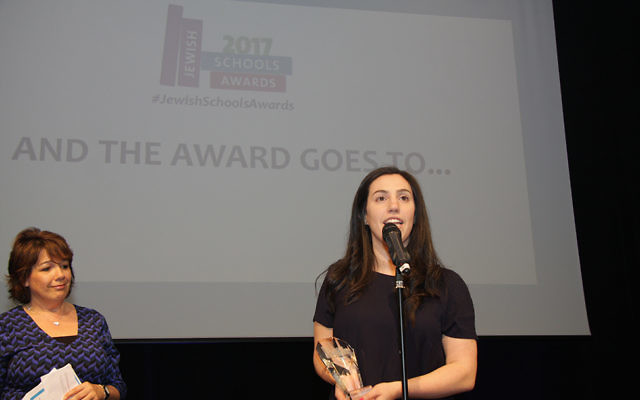 Award 2: Emerging teacher in their first three years of teaching – Secondary School (Sponsored by the Morris family, in memory of Conrad Morris z’l)

JOANNA MOSES (pictured, right, with a representative of the Morris family) started working at JCoSS as a learning support assistant before returning as a teacher after her PGCE.

Described by colleagues as a “true mensch”, Joanna’s commitment to all her pupils is clear through their ongoing success. She has been appointed as one of the school’s leader teachers, giving her a leadership role in implementing improvements in the quality of teaching at JCoSS. 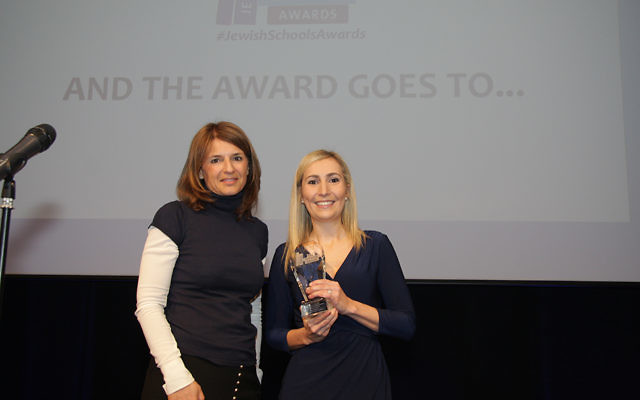 Asked her advice for other teachers, she said: “Data, marking and planning can get a bit much, but try not to lose touch with why you went into teaching. And enjoy the feeling of knowing you’ve inspired your pupils after a great lesson.”

PNINA RAVID (pictured, right, with a representative of the Grahame Charitable Foundation) always wanted to be a teacher, having been inspired by her own educators while living in Israel. She has worked at Akiva for more than 25 years and describes it as her “family”.

Pnina ensures Hebrew is greatly valued by her pupils and that they remain challenged and motivated. She was graded as outstanding by Pikuach, who praised her pupils’ ability in Hebrew.

Her advice for other Hebrew teachers? “Love what you do and be inspired by your pupils. Also, recognise they are sophisticated and be prepared to embrace technology. If they’re having fun using a computer, they’ll learn a lot without realising.” 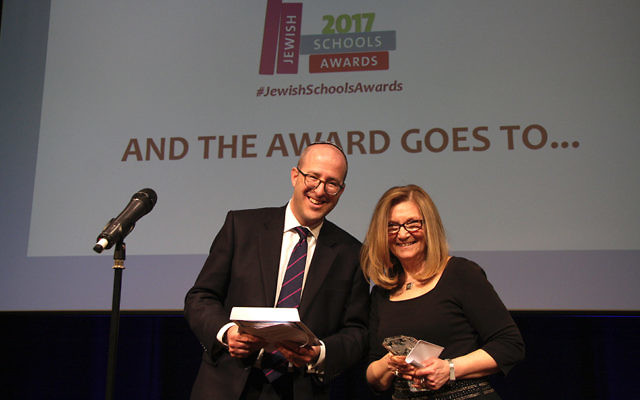 Award 4: Modern Hebrew Teacher in a secondary school (Sponsored by The PR Office)

SIVAN SIMONS (pictured, right, with The PR Office’s Jessica Finger) left Israel when she was 10 and retains a deep attachment to the country. Her passion for Israel comes across in her ability to create an inspiring Israeli-style atmosphere in the classroom, while her attention to detail in her lesson plans was praised by her colleagues.

Sivan says collaboration among teachers is crucial: “My biggest goal is to bring Ivrit teachers closer together, because we all need to support each other and offer advice wherever possible.”

She believes pupils should have a say in what they learn: “Whenever we start a new topic, I will often have a discussion with my students about what their interests are rather than my own.” 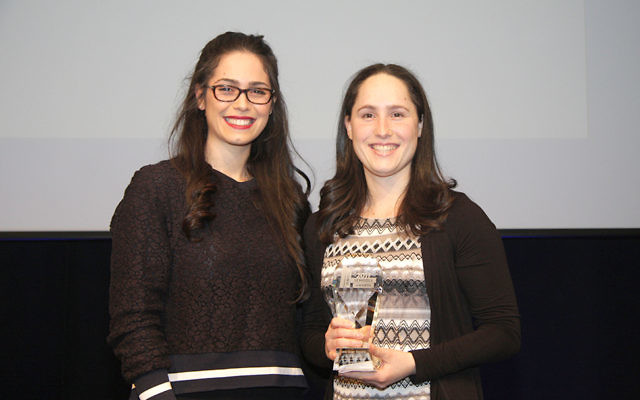 MADELEINE BENDELL (pictured, right, with Sue Noé) decided to become a special needs educator because she felt children without learning difficulties were more likely to do well in school, and believed she could make a real difference to the lives of special needs pupils.

She was shortlisted for turning North West into a safe place for children with a statement of educational need (SEN). She has successfully applied for additional funding for at least 20 children with special needs, a remarkable achievement. 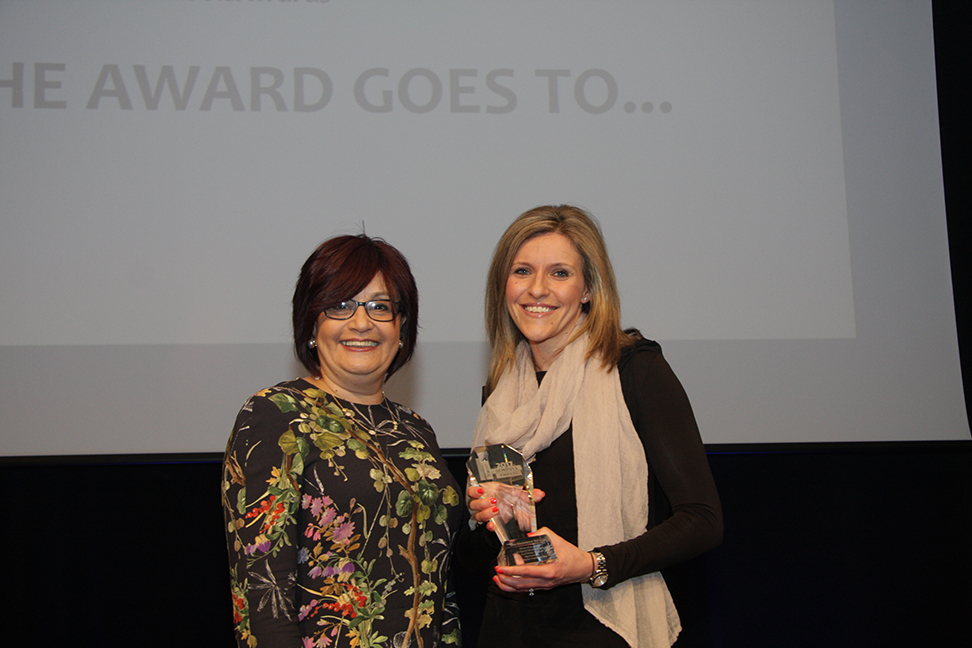 With the prize money, she would like to hire more educational psychologists, speech therapists and counsellors. 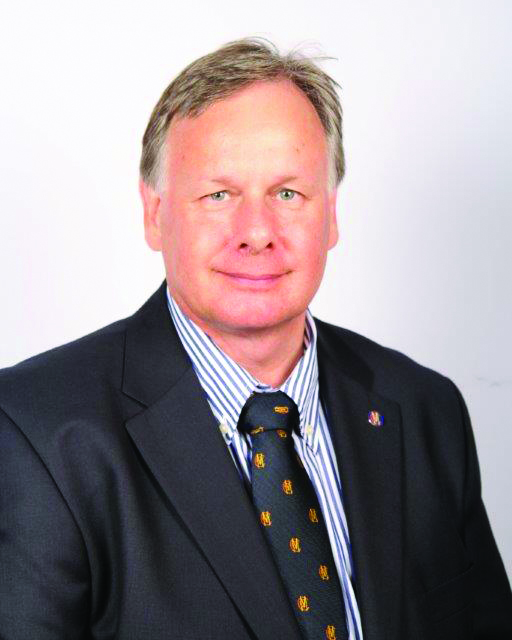 A special educational needs coordinator at Hasmonean High School who won an award for his category has said he will donate the £5,000 prize money to his department to buy new computers.

Simon Bull, who originally trained as a history teacher, paid tribute to his Hasmo mentor, Jonathan Bokor, saying: “His whole raison d’être was to focus on the more vulnerable students and assist them through their school career. His kindness and dedication became watchwords for the department and certainly infused in me.”

Asked what made a great teacher, he said his advice would be “never give up, not with a child or with school systems, and never think that things can’t be changed”.

Award 7: Assistant OR Deputy Headteacher in a Primary School (Sponsored by Jonathan and Sharon Goldstein)

ALEX KINGSTON (pictured, right, with Sharon Goldstein) returned to Wolfson Hillel to teach after attending the primary school when it opened in 1992. She was accepted onto the School Centred Initial Teacher Training programme after university and returned during one of her placements. Alex is currently deputy headteacher responsible for Curriculum and Key Stage 1.

Speaking to Jewish News after collecting her award, Alex stressed the importance of appreciating colleagues. “I couldn’t do my job without the amazing people I work with on a regular basis in my team. They are all crucial pieces in a puzzle and when one member isn’t around, we aren’t as successful as we could be.” 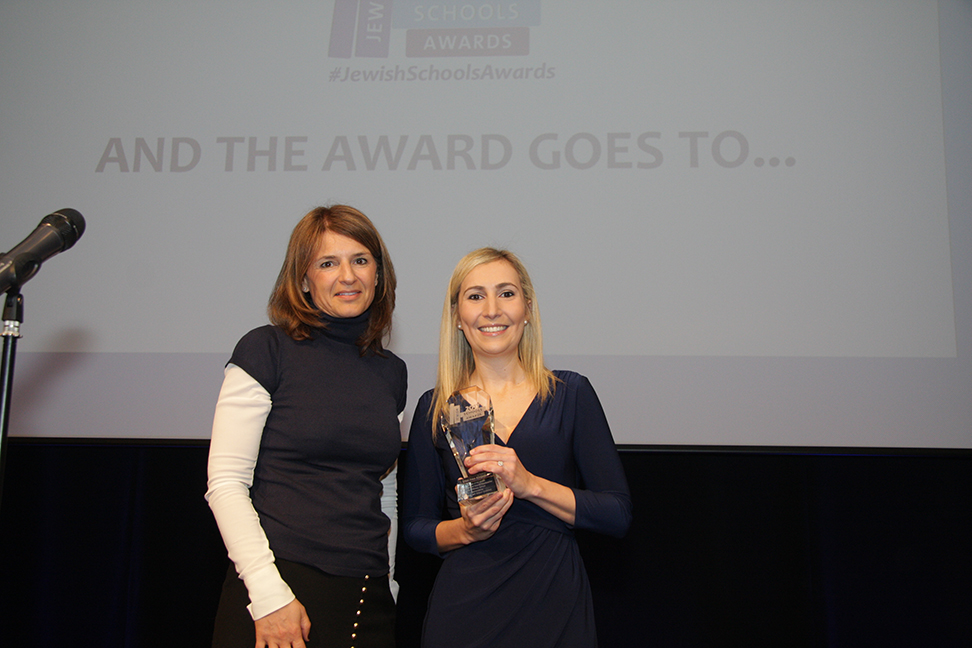 With the prize money she hopes to find new ways of inspiring her pupils.

ELAINE ROBINSON (pictured, right, with Lisa Ronson) has been one of the principle architects behind JCoSS’s success since its inception seven years ago. Having been employed one year before the school opened, she was tasked wtih developing the pluralist ethos of the school.

This involved a number of trips to the United States and Israel, culminating in a Jewish education curriculum that examined pluralism’s function in the world and the integration of various Jewish denominations.

Elaine was praised for showing flexibility in adapting to new policy challenges, as well as resilience in pointing out potential problems. 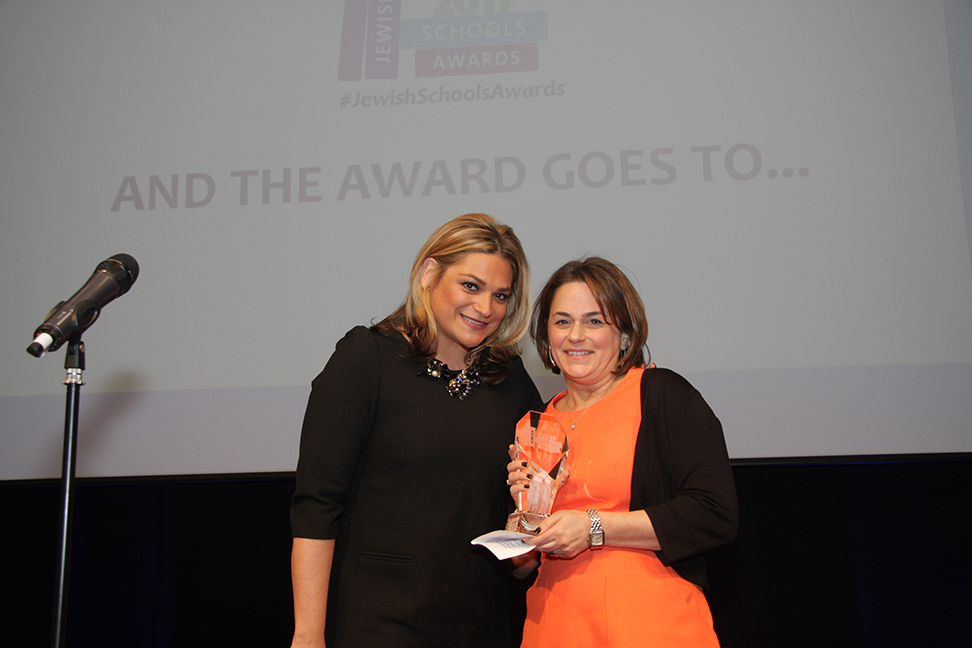 BENJAMIN PERL (pictured, left, with PaJeS chair, Jonathan Goldstein) was awarded a Lifetime Achievement Award for his role in enabling thousands of Jewish children in Britain to experience a full-time Jewish education.

Having helped establish more than 20 Jewish schools, including Yavneh College, Benjamin’s efforts have resulted in 35,000 pupils, the equivalent of 65 percent of all Jewish children in the UK, attending Jewish day schools. 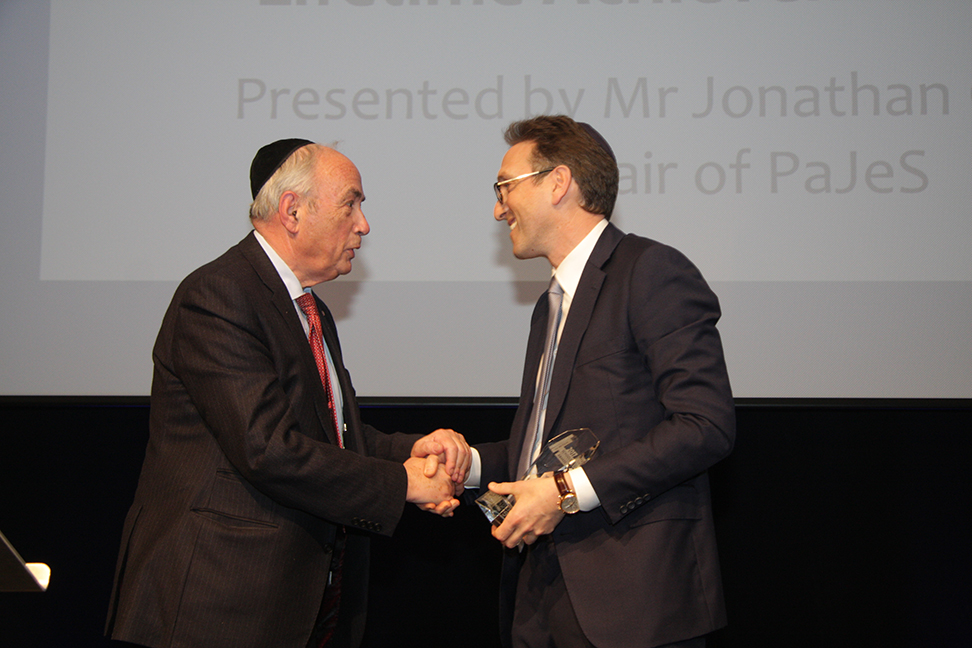