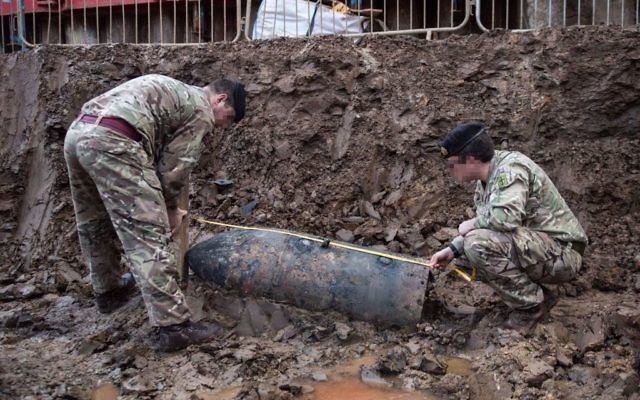 Photo issued by the Ministry of Defence, of a Second World War bomb which was discovered on a building site in Brent, north-west London. (Photo credit should read: Sgt Rupert Frere/MoD Crown Copyright/PA Wire)

Army bomb disposal teams are working through the night to prepare for the removal of a Second World War device discovered on a building site, right next to North West London Jewish Day School.

The school was one of the many to be evacuated on Thursday, in addition to other properties, after the unexploded device was found in north-west London, forcing local residents to take shelter in a church overnight.

According to Times of Israel, 300 students from the school were instructed not to attend school on Friday, with the evacuated area bordering on the Brondesbury Synagogue and members being offered hospitality to those affected.

The bomb, weighing 500lb (227kg), was discovered buried deep at a site in Brondesbury Park, Brent, where construction workers were preparing to build an apartment block, according to reports.

In the early hours of Friday morning, experts from the Royal Engineers and Logistics Corps were constructing a blast protection layer around the device.

The structure had to be put in place before they could begin work to make the device safe to move. 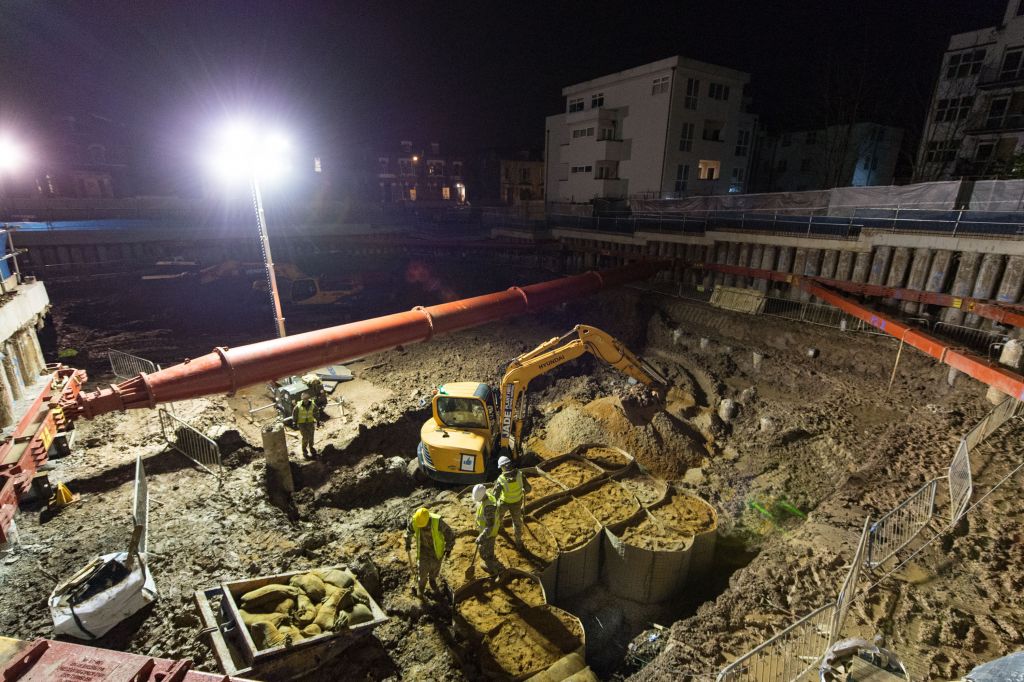 Photo issued by the Ministry of Defence, of a Second World War bomb which was discovered on a building site in Brent, north-west London.
(Photo credit should read: Sgt Rupert Frere/MoD Crown Copyright/PA Wire)

The Army said: “The Army’s Royal Engineer bomb disposal experts continue to work through the night with the emergency services and partner agencies in Brent where an unexploded German WW2 bomb was discovered yesterday.

“The soldiers are constructing a blast protection layer around the device before they can begin work on rendering it safe.”

We're continuing to help the police & army deal with a WW2 bomb in #Brent. Avoid the area if you can https://t.co/msZPrDUQiP © @ArmyInLondon pic.twitter.com/Hizub6s3f8

According to Brent Council, work on the site is expected to continue until at least Friday afternoon.

Police set up a large exclusion zone after the bomb was found on Thursday morning, with schools, businesses and homes evacuated and roads closed.

British Red Cross volunteers were drafted in to support affected locals and more than 50 people had to stay at a rest centre set up in a church in nearby Kensal Green.

Scotland Yard said it was called to The Avenue, near Brondesbury Park, at around 11.30am.

Superintendent Nigel Quantrell said: “I would like to thank the community for their continued support as we and our partners deal with this incident.

“I can assure you that we are working very hard to resolve the situation. The public’s understanding and co-operation is deeply appreciated.”