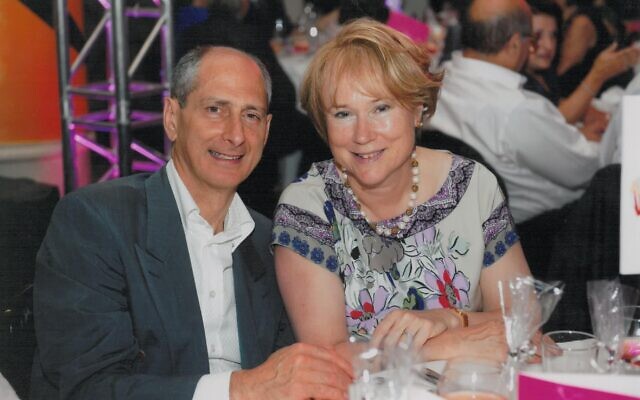 A Jewish philanthropic family has given £1.2 million to help a world-leading biomedical science institute in London reach a wider public audience.

The Dangoor family, led by David and Judy, gave the sizeable sum to the Francis Crick Institute at Kings Cross (known as ‘the Crick’) this week, in a nod to David’s late father Sir Naim and his interests in education.

The Crick will use the money to reach different audiences, from scientists to schoolchildren, including a new public-focused website content and a large LED screen outside the Crick to promote awareness of its work to passers-by.

Scientists in the new £700 million building work on cutting-edge problems, including Covid-19. Its lab data on variants, antibodies and vaccines currently informs policy decisions around the world.

It is not the first time the Dangoor family has funded the Crick, channelling £5 million into its work, following it with this week’s £1.2m from Dangoor Education, which is the philanthropic arm of the family’s Exilarch’s Foundation.

Interestingly, it is the latest major boost to the world-renowned research institute from a charity of Jewish origins. In 2013, when plans for the Crick were first unveiled, they came with an initial £3 million set-up grant from the Wolfson Foundation, named after the late Sir Isaac Wolfson, revered chairman of Great Universal Stores.

Both David and his wife Judy have backgrounds in science. Announcing the donations, he said his father’s experience – fleeing Iraq in the 1960s when the situation for Jews worsened – continued to shape the family’s giving.

“All he took with him was his family and his education,” said David, noting how Sir Naim went on to build a property and business empire after arriving in the UK.

“He had developed a different perspective on the transience of wealth, and he wanted to show thanks to the UK for having taken us in by helping others. So, education was a very visceral choice for our family.

“It’s a treasure that you give someone, and they carry with them all their life. By sharing knowledge, you can help people help themselves. It empowers people beyond their own expectation.”

Crick Director Paul Nurse said: “This support will ensure that we can continue to encourage and advocate for meaningful public engagement in science.”