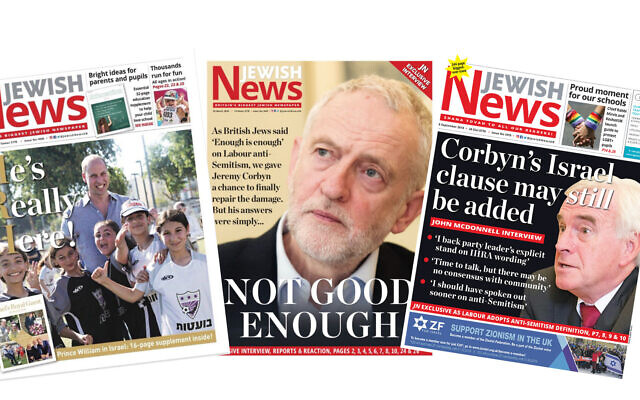 Jewish News is Britain’s best free weekly newspaper! That’s the verdict of the Society Of Editors, who awarded us the prestigious prize at Thursday’s Regional Press Awards.

The judges said: “Jewish News has a laser-like focus on the issues that are important to its readers. It also works hard to promote co-operation and understanding with other communities. The high esteem in which it is held is demonstrated by the number of national politicians and civic leaders who contribute to its columns. This is a high-quality weekly newspaper.” 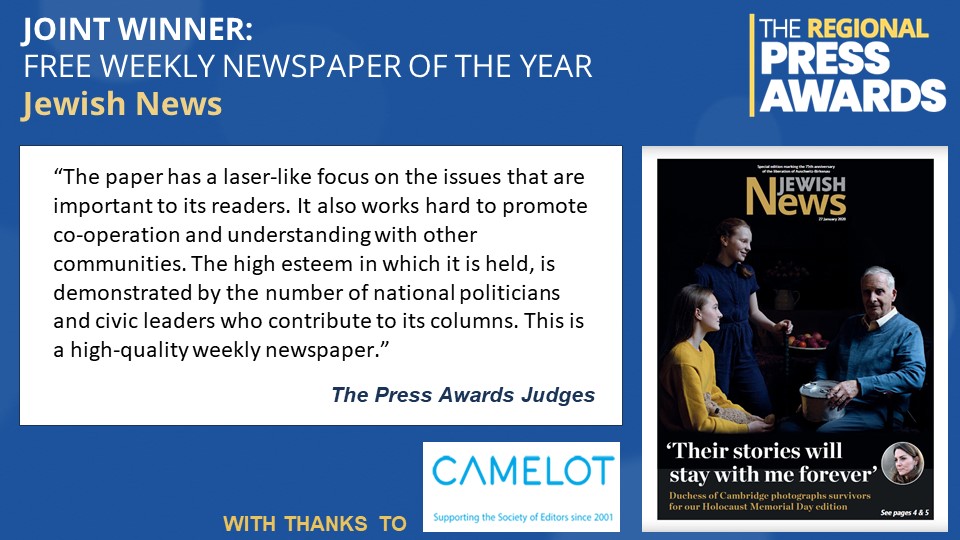 Why we won: What the judges had to say about Jewish News.

Co-publishers Richard Ferrer and Justin Cohen said: “This is simply a remarkable achievement. Jewish News has had a terrific year after the eleventh-hour disappointment of not merging with the Jewish Chronicle and running a combined title.

“Newspaper accolades don’t get more prestigious than this. The Society of Editors awards are the Oscars of the industry. There isn’t an editor in the country who does not want to get their hands on one. No other religious paper in Britain has been shortlisted for this national title, let alone actually won it. This recognition will spur the exceptional Jewish News team to even greater heights.” Ferrer added: “Thanks must also go to everyone who supports the Jacob Foundation, the charity that now owns the title.”

Three landmark issues were submitted with the nomination, including a special edition for the 75th anniversary of the liberation of Auschwitz edited by a panel of second and third generation and featuring portraits of survivors taken by the Duchess of Cambridge, a dedicated issue focusing on mental health at the height of the first wave in the pandemic, and Jewish News’ memorial edition marking the death of former Chief Rabbi, Lord Sacks.

Dawn Alford, executive director of the Society of Editors, said: “There was an incredible standard of entries in a year where demand for trusted news has never been higher. It’s clear from the winners that local and regional media has risen to the challenge.”

Highlights of the last 12 months at Jewish News include:

• Our Holocaust survivors’ photography exhibition launched at the Imperial War Museum, featuring portraits taken by the Duchess of Cambridge. The project is in partnership with the Royal Photographic Society and the Holocaust Memorial Day Trust. The exhibition is to be digitised.

• Teaming up with Reuters to become the world’s only Jewish news outlet producing daily video content.

• Online events that attract tens of thousands of viewers, such as David Baddiel on the gulf between secular and strictly-Orthodox Judaism; a celebration of the 50th anniversary of Fiddler on the Roof featuring the cast; a series of mayoral and local election hustings and the Board of Deputies’ presidential election debate.

• Our documentary film, Finding Abraham, about the people-to-people contacts brought about by the historic accords, produced in partnership with award-winning film director Malcolm Green. 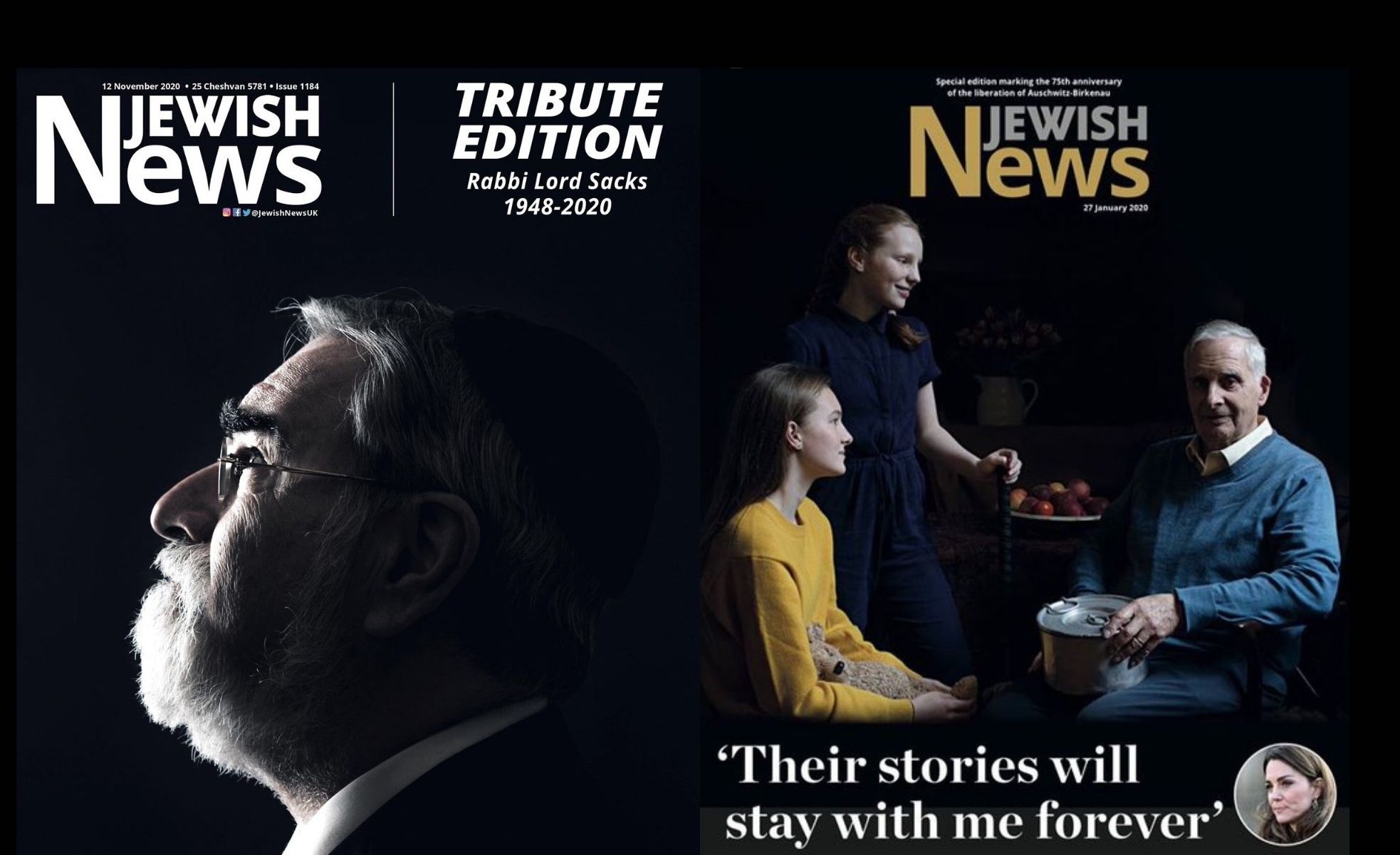 Tribute issue for Rabbi Lord Sacks, and the edition featuring the Duchess of Cambridge’s portraits of survivors

• Campaigns including our Afghan Refugee Crisis appeal in association with WJR, Uyghur campaign with the World Uyghur Congress and human rights charity René Cassin, (which, we are proud to report, the Chinese government has branded ‘deplorable’)and raising funds for a new life-saving bloodmobile for Israel in memory of Chief Rabbi Lord Sacks z”l.

• Partnering with Jewish Care on its annual Bake Day, World ORT on its mental health books campaign, the United Synagogue on its Uyghur conference, JLGB on JLGB Virtual and being media partner for last month’s