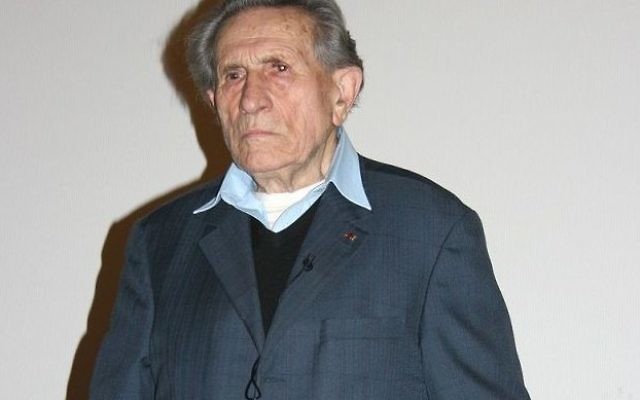 Adolf Burger, a Jewish typographer who was forced by the Nazis to make fake British pound notes in a major counterfeit operation during the Second World War, has died aged 99.

Slovakian-born Mr Burger was arrested in 1942 and deported to Auschwitz with his wife, Gisela, who died there.

At the Sachsenhausen concentration camp in Germany, he became one of some 140 inmates who were put to work forging British pound notes, a plan to destabilise Britain known as Operation Bernhard.

Mr Burger described his experience in The Commando Of Counterfeiters, a 1983 memoir.

A movie based on the book, The Counterfeiters, won the Academy Award for best foreign language film.

In a 2007 radio interview, Mr Burger said: “After my wife died in Auschwitz, I had two choices: either to go and touch the barbed wire with 1,000 voltage in it and be dead in a second, or stay alive.

“I chose life, so I can tell everyone what they have done here.”

In the interview, he said of the counterfeiting group: “They all had to be Jews, or half Jews.

“That’s logical. Those who know such a secret are not supposed to survive.”

Mr Burger did, though, and was eventually liberated at another camp by the US army.