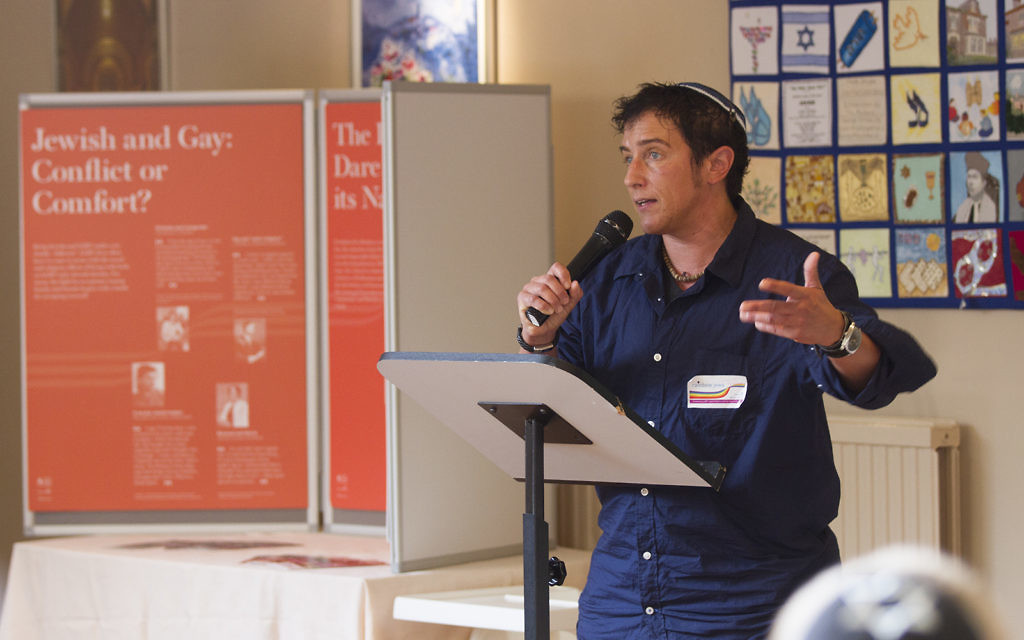 Surat, who founded and runs Rainbow Jews, speaking at the event

Guests listening during the event

A Leeds shul has hosted the launch of the Rainbow Jews exhibition, which documents and showcases Jewish-LGBT history in the UK.

Sinai Reform Synagogue held a shabbat weekend, which included a service on Friday night and Saturday morning, before the display was launched.

The services were led by Sinai’s assistant rabbi, Esther Hugenholtz, with Friday’s service followed by a supper at the shul.

Surat Shaan Rathgeber Knan, founder and manager of Rainbow Jews and of his latest project Twilight People, spoke about his journey coming to terms with the relationship between his sexuality and his Judaism.

Surat, who founded and runs Rainbow Jews, speaking at the event

The Saturday shabbat service included alternative texts and liturgy which embraced LGBT issues, which event organiser Nicolle Levine called “thoughtful, spiritual, sensitive and inclusive”. She added: “this is exactly what we were aiming for in bringing the exhibition to Sinai.”

The service was attended by members of the Jewish and non-Jewish LGBT community from across Yorkshire.

The exhibition is run by Rainbow Jews, which is a lottery funded oral history project that records and showcases Jewish LGBT history in the UK from 1950-present.

An oral history selection can be heard on the Rainbow Jews website: www.rainbowjews.com

On Sunday morning, Nicolle Levine and Sinai member Matt Thornfield were guests on Radio Leeds talking about the event. They spoke about significant parts of the exhibition, including a testimony of a Jewish woman who aged 90, came out as lesbian.

The event took place between 31 July and 2 August.