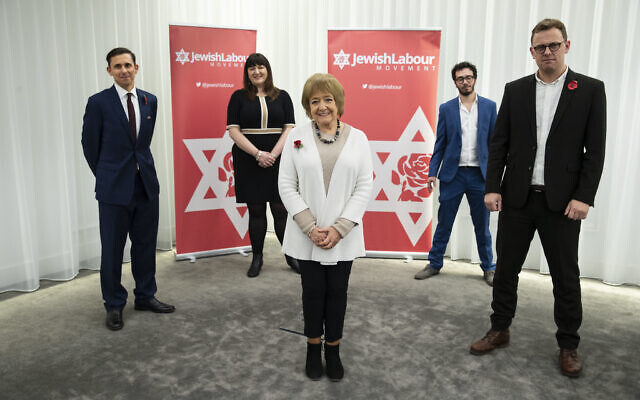 Representatives from the Jewish Labour Movement (JLM), Community Security Trust, (CST) Board of Deputies, Jewish Leadership Council, (JLC) along with Antisemitism Policy Trust (APT) had all been consulted about the plans ahead of Tuesday’s announcement.

The proposals involve the use of an Independent Reviews Panel (IRP) and an Independent Appeal Board (IAB) who will become involved in complaints on antisemitism, Islamophobia, other forms of racism and sexual harassment on the grounds of disability, sexual orientation, age, religion or belief.

The plan, which Labour said have met the required standards asked of them by the Equalities and Human Rights Commission (EHRC), do not mean the party’s complaints system is a fully independent one.

“It’s fair to say there has been robust debate on Labour’s proposals around a new and fairer complaints system,” one communal source told Jewish News.

“We could have done with more time in discussing some of the concerns aired – but it would not be incorrect to suggest that the overall plans have been cautiously welcomed.”

In October 2020, the EHRC report into antisemitism into Labour had highlighted “serious failings in the antisemitism complaint handling system.”

One communal source, who was supportive of the new proposals in general, said they amounted to a “semi-independent process.”

The source accepted that outside of statutory bodies, it was hard to find any organisation that implemented a fully independent system for handling all complaints – with most handled internally.

Labour’s complaints process proposals still need to be rubber-stamped at the annual conference in October.

Jewish News understands that most communal representatives have accepted that on the grounds of costs, and on the protection of members human rights, it was not realistic to expect a political organisation to farm out every single complaint to an external body.

Concerns were raised during meetings with communal leaders about the possibility that panels for the board involved in assessing complaints could still be open to political interference.

The IAB will be comprised from a pool of 12 – four lawyers, four lay members, and four HR experts.

A panel of three – one from each of the listed categories – will hear cases now referred to them.

It is understood that, as during the Jeremy Corbyn-era, lawyers could be used who had shown clear political views and who were Labour Party members on sensitive disciplinary cases.

“What you need is independence built into the new system so that it does not get politically controlled,” reasoned one communal source.

After the proposals were announced at a mammoth session of the Labour NEC, the MP and party chair Anneliese Dodds said it “will be the fairest, most robust process of any political party that we know of.”

Dodds also said the party would continue to consult with “groups and individuals who have been subject to harassment, abuse and discrimination” before finalising the plans.

JLM said it would be “working with Labour, the Jewish community and other Socialist Societies to ensure the new complaints process works as best as possible for our members and all who experience discrimination and harassment in the party.”

Meanwhile it also emerged that the NEC approved a recommendation for “compulsory antisemitism training” for all elected representatives and party staff, to be delivered by the JLM, or other stakeholders including the CST.

It was also agreed that:”Failure to undertake the training will result in a referral to the General Secretary for investigation and possible disciplinary action.”

It was stressed that this was “a requirement for all seeking elected public office or office in the party in the future.”