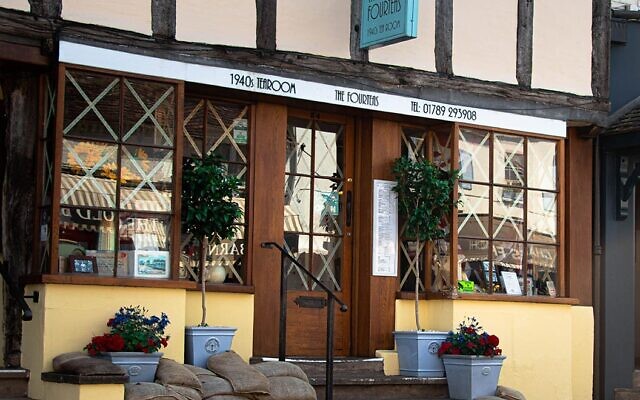 The Fourteas tea room in Stratford-upon-Avon

A tearoom has denied claims it ordered a Jewish family to leave a 1940s-themed tearoom after they asked for a chicken sandwich to be left off their plate for kosher reasons.

Jonathan and Shayna Evans visited the Fourteas tea shop with their two-year-old daughter over the bank holiday weekend and had asked if the restaurant could remove some chicken sandwiches from a high tea plate they wanted to order.

The establishment refused, saying it could not accommodate “individual preferences”, even after the couple suggested they could swap it for cucumber, or simply pay full price for the tea and sandwich selection without a replacement for the two chicken sandwiches.

After mentioning that they would be putting this into their TripAdvisor review, the family say they were ordered to leave by the restaurant’s owner.

“The owner came over quite aggressively, saying: ‘I’ve been told you’re using the review to get what you want,’” said Mr Evans. “He said, ‘You need to leave the restaurant’. I said, ‘I don’t understand, all we’re asking you to do is accommodate our religious belief.’”

Mr Evans added: “It was very distressing. We were quite shaken up and felt like we were discriminated against based on our religious belief.”

When the family got home, they wrote a review on TripAdvisor about their experience. The restaurant responded that they were “seeking refuge behind imaginative cultural or religious reasons”.

In a now-deleted response, the restaurant said it would not tolerate what it called “the threat” of posting a “bad social media review” to impose “unacceptable and abusive behaviour” on staff.

It added: “We also regret that we cannot accommodate mindsets seeking refuge behind imaginative or cultural reasons to justify selfish and arrogant attitudes. Respect and appreciation works both ways!”

Mr Evans told Jewish News: “As far as we’re concerned they might’ve as well had a sign up saying ‘no Jews allowed’. That’s certainly how we were made to feel.”

In an updated statement on Tuesday, the cafe denied the family were asked to leave over the request for an adjustment.

It said it promoted inclusivity, and that it was working with the local Jewish community to resolve any concerns.

“Referring to the day in question, we would like to put on record that the family were asked to leave due to their behaviour and out of respect to the other customers,” it claimed.

David Baddiel, author of Jews Don’t Count, said: “I’m not, as regulars will know, religious in any way. But this, from a Stratford-Upon-Avon tea shop referring to a Jewish family who asked if they might have cucumber sandwiches rather than chicken, reads like a deeper antipathy than ‘no religious requests sorry’ is at play.” 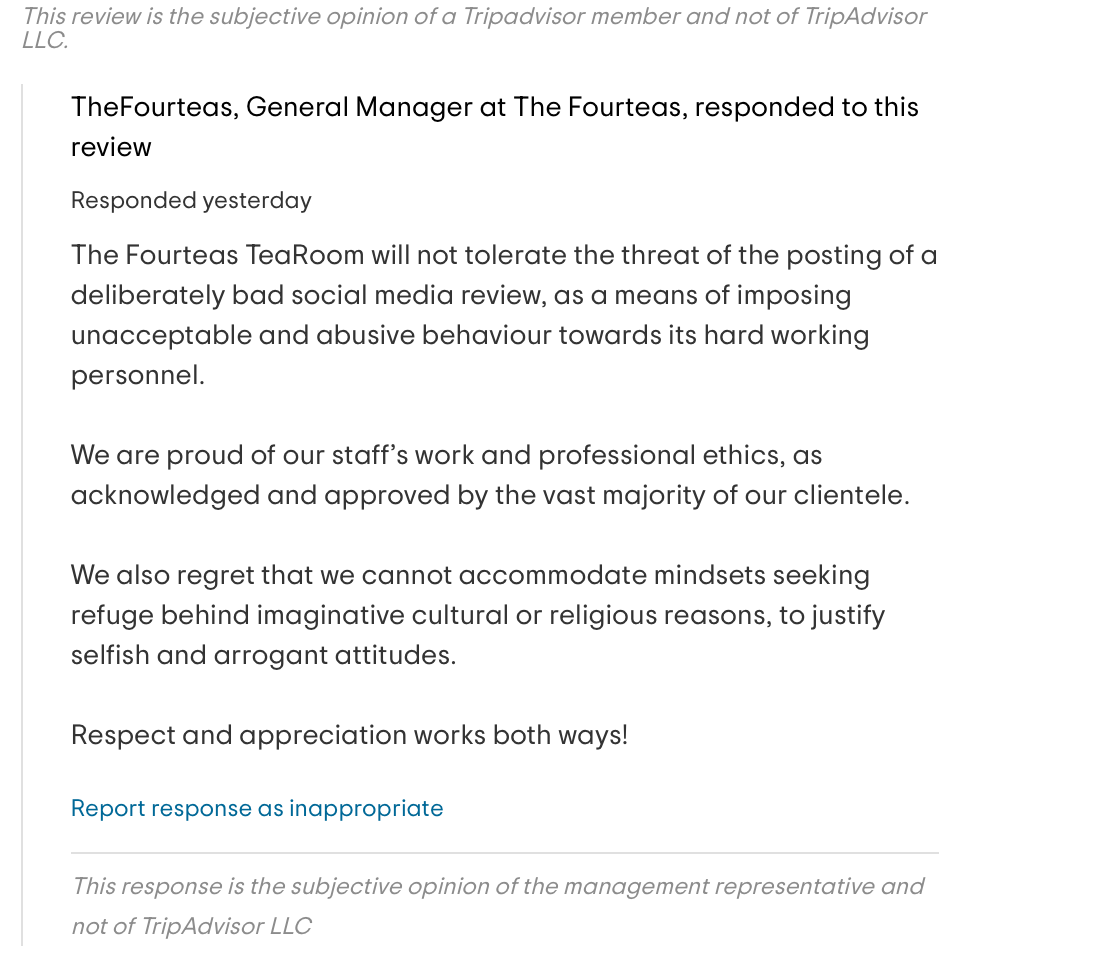 The response by Fourteas on TripAdvisor, which has since been removed