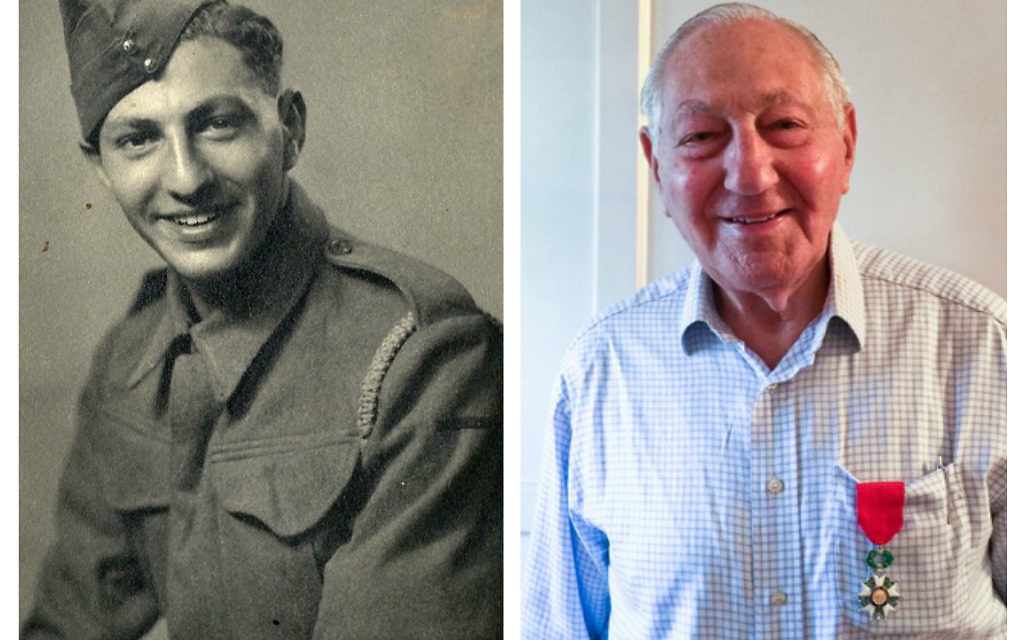 Mervyn proudly displaying his medal with a beaming smile

A Jewish ex-serviceman who took part in the Normandy landings was this week awarded France’s highest honour for his role in liberating the country during World War Two.

Mervyn Kersh, 90, who lives in Cockfosters with his wife Betty, was awarded the Chevalier of The Order of the Legion d’Honneur, only 16 months after French President Francois Hollande first promised it.

“I’m not sure what took so long. I think they’re waiting for us to die off!” he said at home this week, after receiving the solid gold insignia, which he will wear in public on Sunday, as he leads the march at the Royal British Legion National Remembrance Parade in Whitehall together with 11 other Veterans.

Mervyn as a young man in the army

In a personal letter, the French Ambassador said: “As we contemplate this Europe of peace, we must never forget heroes like you, who came from Britain and the Commonwealth to begin the liberation of Europe by liberating France.”

Mervyn’s daughter Lynne this week said the whole family was proud, as she looked forward to Sunday. “He has attended these Parades at the Cenotaph every year since the War and will continue to do so, as he is as fit as a fiddle and as bright as a penny!”

Asked how he felt about receiving the award, Mervyn said: “I’m deeply honoured, especially given that I can’t even ride a horse.”

Mervyn, who turns 91 next month, is president of AJEX’s Southgate branch, but grew up in Brixton Hill, enlisting at the age of 18 along with his brother, who led the RAF’s medical service in Iraq. After the war, in 1946, the two brothers hitch-hiked to Cairo and smuggled themselves into Israel for Pesach.