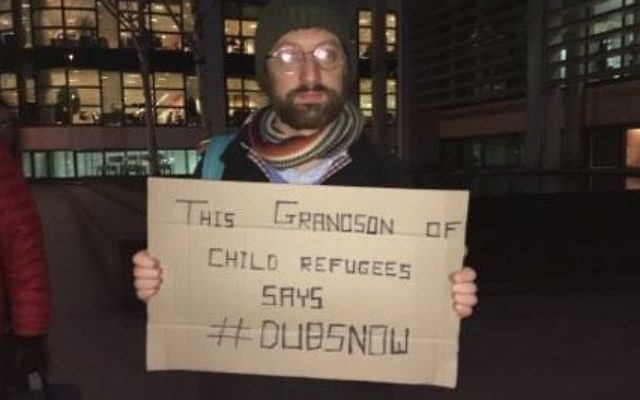 Members of the Jewish community held a silent protest outside the Home Office on Monday night, urging the government not to end the Dubs scheme for vulnerable and lone child refugees.

The scheme, named after its architect, Labour peer Lord Alf Dubs, will be capped once another 150 unaccompanied children are brought to Britain, on top of the 200 already in the UK.

Organised by the Jewish Council for Racial Equality (JCORE) on behalf of the Jewish Communal Taskforce for Refugees, the protest saw rabbis and community figures speak at the vigil. 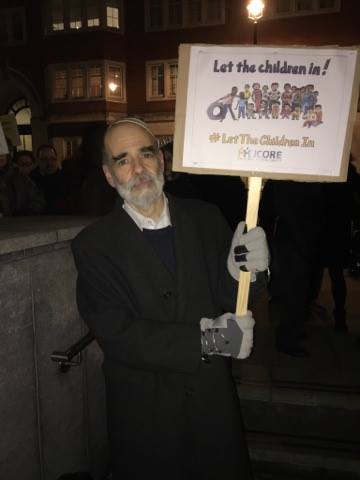 Edie Friedman, Executive Director of JCORE said “Many in the Jewish community feel strongly about this issue. They find it incomprehensible that the government is leaving vulnerable lone children in refugee camps, and on the streets in Greece and Italy, at the mercy of smugglers, traffickers, rapists and radicalisers. We call on the government to reverse this decision and to protect these children who are desperate for our help”. 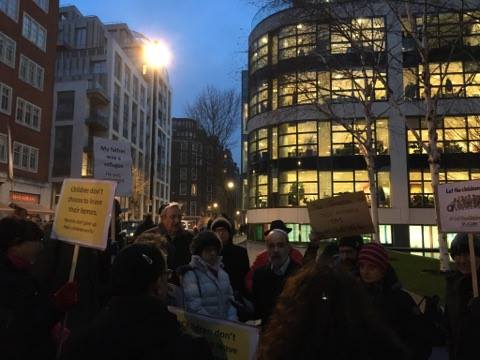 Last week, the Jewish Taskforce for Refugees issued a statement following the announcement that the Dubs scheme would end.

The statement said the “the Jewish community is bitterly disappointed” about the news, saying the government “is betraying Britain’s history of protecting vulnerable people seeking refuge.” 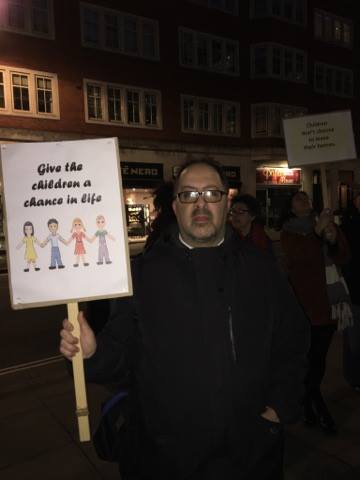 Rabbi David Mason with a placard

It continued: “When Lord Dubs – himself a child refugee to Britain in 1938 – proposed the amendment.. he asked only that Britain take its fair share of the lone child refugees”.