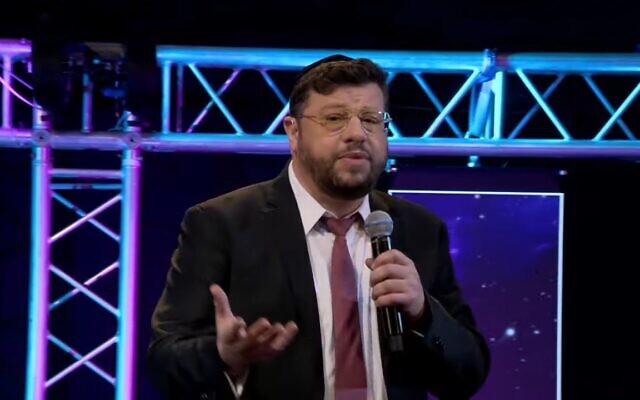 One of Europe’s largest Jewish booksellers has stopped selling books by a popular Charedi children’s author after he was accused of sexually abusing teenage girls.

Lehmanns, which is based in Gateshead, announced it was following the lead of several Israeli bookstores by removing Chaim Walder’s works from its catalogue.

His books – including the popular Kids Speak series – are no longer available for sale either in stores or online, the wholesaler said in a statement, after the titles were withdrawn by Walder’s publisher Feldheim.

We're excited to be seeing a new generation of leadership. This is how we stand against sexual abuse in our community. https://t.co/JWDrTvYfZO

Lehmanns quoted Feldheim as saying: “We have decided to halt the selling of Chaim Walder’s titles while current allegations are being investigated.

“We do not judge and sincerely hope he will be able to clear his name. We will continue to consult with da’as Torah [rabbinic authorities] as the situation unfolds.”

The decision was welcomed by the charity Migdal Emunah, which campaigns for abuse victims, as a “stand against sexual abuse in our community”.

The books were earlier removed from the shelves of the Charedi supermarket chain Osher Ad in Israel, as well as the Judaica store Eichler’s in New York.

It came after a Haaretz investigation revealed several women had accused Walder, 52, of abusing them when they were still children.

The author is also known for his work as a therapist, talk show host and columnist on educational and social welfare issues.

One alleged victim who was referred to Walder for therapy told the newspaper that he initiated a sexual relationship with her two decades ago, when she was 13.

“He is very smart and manipulative. He did it very slowly so as not to stress me out,” she told the newspaper.

“He would tell me how he got to know his wife. He said he was God – in those words – and that he would help me with what I needed.

Walder last week announced he was taking time away from public life “to fight to clear his name and be with his family.”