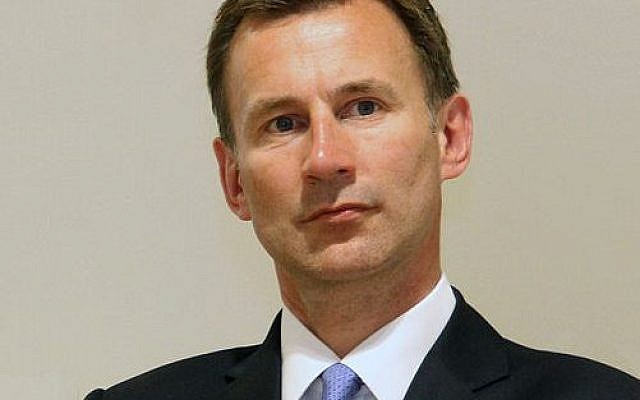 Former health secretary Jeremy Hunt has called on the UK to follow the example of Israel and widen the group of those being offered a third coronavirus vaccine jab beyond the clinically vulnerable.

More than half a million people with severely weakened immune systems and who are most at risk from Covid-19 will be offered another vaccine dose beginning this month, following a recommendation from the Joint Committee on Vaccination and Immunisation (JCVI).

The announcement is separate to any decision on a booster programme, but it is understood news on that is expected soon.

Mr Hunt said the situation in Israel, where the booster campaign that began in July with those aged over 60 has now been expanded to include anyone aged over 12, should guide the UK’s next steps.

The chairman of the Commons health and social care committee told The Times: “I understand why there is an ethical debate about giving jabs to teenagers but surely Israel shows we should not be hanging around in getting booster jabs out to adults.”

It echoed his earlier post on Twitter where he wrote that the “clear lesson for the UK seems to be get on with booster jabs, not just for the clinically vulnerable but for everyone”.

The clear lesson for the UK seems to be…get on with booster jabs, not just for the clinically vulnerable but for everyone. The latest Zoe study showed vaccine effectiveness dropping after six months, so why are we hanging around?

Current Health Secretary Sajid Javid, however, said in comments carried by the Daily Mail the announcement of third doses for the immuno-compromised “is not the start of the booster programme – we are continuing to plan for this to begin in September to ensure the protection people have built from vaccines is maintained over time and ahead of the winter”.

It comes after Professor Andrew Hayward, a member of the New and Emerging Respiratory Virus Threats Advisory Group, said there must be careful thought given to the use of any booster doses when many people in the UK have been double-jabbed already.

The JCVI has said it was still deliberating on the potential benefits of extra doses for the rest of the population and was awaiting further evidence to inform its decision.

Meanwhile, a new study has suggested having two vaccine doses almost halves the likelihood of long Covid in adults who get coronavirus.

Researchers at King’s College London also said that being admitted to hospital with the virus was 73% less likely, and the chances of severe symptoms were reduced by almost a third (31%) in the fully vaccinated.