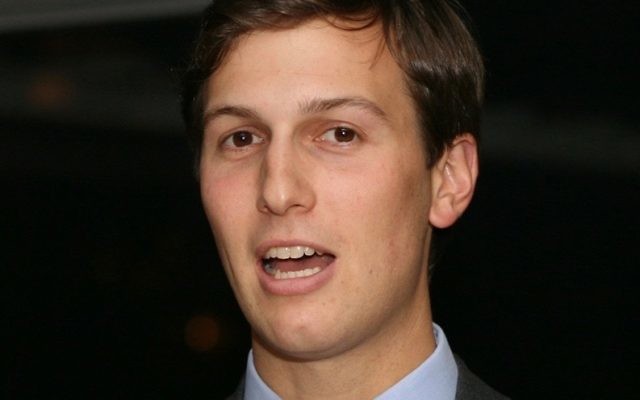 The late grandmother of Trump’s Jewish son-in-law lamented America’s refusal to accept Jews facing persecution, in a video interview that has re-emerged, just days after the new president introduced a travel ban on Muslim countries.

Jared Kushner, who is Donald Trump’s senior advisor and one of his close inner circle, has seen his boss and father-in-law ban refugees fleeing seven Muslim-majority countries on the pretext of national security.

However the interview with Jared’s Polish-born grandmother Rae Kushner, recorded in 1982, may now prompt moral questions for the 36-year old husband of Trump’s daughter, Ivanka.

In excerpts from the transcript, published by the US Holocaust Memorial Museum in Washington, Rae is heard lamenting America’s failure to offer refuge to Jews fleeing persecution.

“The doors of the world were closed to us,” she says. “You know how hard it was to get to Israel? Boys and girls used to sit in a camp for three or four years before they could go to Palestine.

“To go to America was harder. You sent your papers and you waited for years before you could get a visa.”

She recalls how, as a girl, she was forced to wash the blood away from a public square, after Nazis had executed dozens of intellectuals, and made to load the dead bodies into a wagon.

She also recalled America’s decision to turn away Jews fleeing on board the St Louis, which had to return to Europe, where the Nazis murdered most of the passengers.

“For the Jews, the doors were closed. We never understood that. Even President Roosevelt kept the doors closed. Why? The boat, St. Louis, was turned back. What was the world afraid of? I don’t understand.”