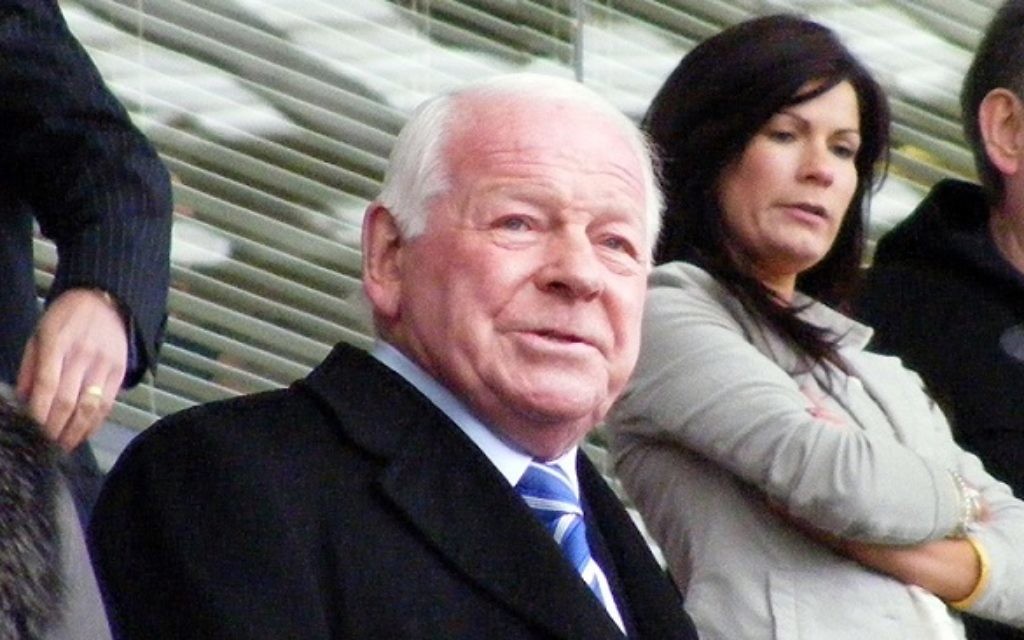 To refresh your memory, Dave was defending his then manager, Malky Mackay, who had himself been accused of sending racist text messages, when he said, among other things, “Jewish people chase money more than anyone else”.

Great work there from Dave, who I’m not sure I’d want as a defender myself, either legally or on the football pitch.

It’s good to see the FA taking the issue of discrimination seriously by having such mandatory programmes and my understanding about the session is that it was run by their inclusion education adviser and was specially tailored to Mr Whelan and the remarks he made, all of which sounded pretty good.

But then it transpired that the session only lasted a couple of hours, which, initially sounded not so good. I mean, at first glance, a couple of hours in a room with some bloke from the FA seems less a slap on the wrists and more the very lightest of tickles on a hair follicle. Dave could well have sat there with a nice cup of coffee, nodded his head in the right places and been home for lunch. And yes, that might have been what happened, but actually, I don’t think so.

However, I do believe, as is abundantly clear, that he has opinions and beliefs that are racist, but which he doesn’t recognise as being racist. In fact, far from causing upset, I wouldn’t be surprised if he thought his views were harmless, acceptable and possibly, even a bit of fun. Banter I believe is the word for it.

Now, having worked a fair bit with the anti-discrimination group Kick It Out, I can tell you that a large part of why it was formed back in the Nineties, was because of banter. At the time, black football players in particular were being subjected to horrific abuse, some from their own teammates and managers, which was, apparently, just banter.

For a long time they said nothing and lived with it, but then, along came organisations such as Kick It Out, which highlighted the issue and made a point of saying: this isn’t banter, this is racism, and gradually things changed. People changed. Behaviour changed. Of course, there is work still to be done, Dave Whelan being a case in point, but a start was made, an acorn was planted, from which much has been accomplished.

Similarly, I spent many years going to football matches and hearing people chant the word Yid, along with other horrendous anti-Semitic chants that, for a long time, I just accepted as being part of the banter of the game. I found it uncomfortable to say the least, but the people doing it clearly didn’t, and more importantly, they didn’t think they were being offensive and causing upset.

Eventually, a few years ago, I snapped and contacted Kick It Out to see if we could address the issue. Together we made a film, The Y-Word (Check it out on You Tube HERE).

It only lasts about a minute and a half, but it was a starting point, and one that achieved its aims of raising awareness of the issue and getting people to think about it, as well as reaching a wide audience, including, at one point, Prime Minister David Cameron.

Having spoken to and been contacted by many people since the release of the film, I know for a fact that many of them didn’t know that the Y word was a racist term for Jews; they just assumed it meant Tottenham Hotpsur fans, and that many of them have subsequently changed their behaviour and now don’t chant it at football matches.

It’s very pleasing and it has come about after a non-mandatory one-and-a-half minute education session, which suddenly makes a couple of hours, seem like enough time to re-educate a small country.

My point is this. When it comes to a lot of racism and racist remarks, many people fall in to the Dave Whelan category. They’re not die-hard racists, but they hold entrenched views and opinions that are passed off as harmless, light-hearted banter. Why else would they even say them otherwise?

None of them want to be seen as racists. In that situation, two hours of education should be more than enough of a starting point for the person to understand why their remarks were racist and offensive, and to begin the process of change.

And if that is the case, I’m sure Dave Whelan will soon have many more Jewish friends to add to the hundreds and hundreds he already has.