Dan Sacker, Joanna Benarroch and Debby Ifield find the words beyond the tears after losing an inspiring boss, mentor and friend

When we were asked to write something about our boss Rabbi Sacks, the truth is that we weren’t sure we could.

We didn’t know if it was possible to find the words beyond the tears and we apologise now because this piece, try as we may, will not do him justice.

His passing, too sudden, too soon, when there was so much work still to do, has left a gaping hole in so many people’s lives.

We find it so difficult to comprehend a world without him in it. It doesn’t seem fair, it doesn’t make sense, and we don’t think it will for a very long time to come.

Rabbi Sacks was a giant of his – or any – generation, a Gadol HaDor, an irreplaceable and irrepressible leader of leaders, and a peerless and wise teacher whose intellectual clarity and moral voice carried such weight across the global Jewish community and far beyond.

Yet to us, as he was to all who had the privilege of working for him, he was above anything else an inspiring boss, mentor and friend. He was the person who phoned us multiple times a day, sometimes to discuss work-related matters but more often than not just to chat about a new book he’d ordered, a new idea he’d read, a random YouTube music video he’d discovered or to laugh at a good joke he’d heard.

He was the person we spent our working day with, helping to coordinate and prepare him for his various engagements, draft countless articles and speeches, write and research books and record videos, always challenging us to push boundaries, to never accept things as they were, to utilise every avenue possible to bring his ideas to the world. He was even the person who trusted us enough to tweet and use Facebook on his behalf!

But he was so much more than that. He was the person who quietly, away from the limelight, gave so many individuals, groups, rabbonim or organisations who needed it, and needed him, his most precious thing: time, which he did so willingly, unfailingly and consistently.

He was always challenging us to push boundaries, to never accept things as they were, to utilise every avenue possible to bring his ideas to the world

We have read so many moving tributes of how Rabbi Sacks’ teachings impacted peoples’ Judaism or how a single interaction or phone call with him changed their lives. 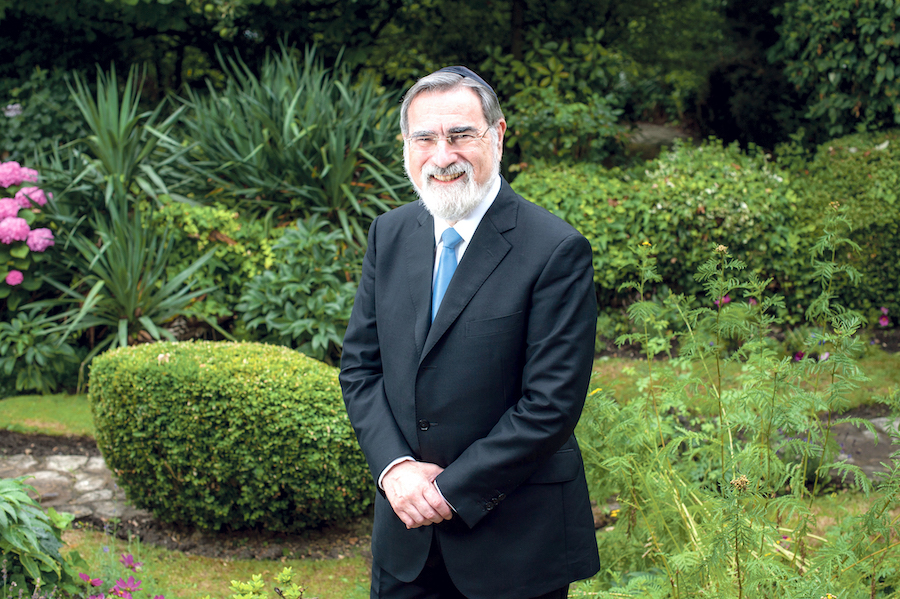 As his team we were unbelievably blessed. Every conversation or car journey became a shiur and an amazing insight into his mind. His home contained thousands of seforim and books; we used to joke that he single-handedly kept Amazon in business.

There wasn’t a subject he wasn’t an expert in. He was our rebbe and we were simply his talmidim. And he would always finish the same way: “Guys, what do you think?” He – the smartest person any of us knew – asked us what we thought. That alone speaks volumes of the man he was.

The Gemara in Megillah 31a teaches in the name of Rabbi Yochanan that: “Wherever you find the greatness of the Holy One, blessed be He, there you will find His humility.” And that is, we think, what struck us more than anything else about Rabbi Sacks. He never fully realised, or perhaps he was reluctant to realise, just how great he was – despite us and many others telling him.

He was our rebbe and we were simply his talmidim. And he would always finish the same way: “Guys, what do you think?” That alone speaks volumes of the man he was.

Whenever we shared letters of admiration or thanks with him, especially in the past few difficult weeks, he would often say: “Compliments are fine. So long as you don’t inhale!”

But perhaps it was because above and beyond anything else, any titles he held, books he wrote or awards he won, he was simply a mensch, an eved Hashem, a humble servant of God, who had a particular mission: to inspire more Jews to live a Judaism engaged with the world and to, in his words, “Be true to your faith and a blessing to others regardless of their faith.”

Aside from the outpouring of love since he passed away, of all the wonderful accolades Rabbi Sacks received during his life, there is one that comes to mind because it moved him the most. It occurred as Rabbi Sacks was nearing the end of his time as Chief Rabbi in 2013 by his own rabbi, Rav Nachum Rabinovitch z”l, who passed away earlier this year.

Rav Nachum spoke about how the greatest of our teachers transcend all titles. “There are those rare souls who venture out into the unknown, explore new areas and create new intellectual disciplines. They do not get new titles. Instead, they give their names to their pioneering discoveries. Jonathan Sacks ranks with the teachers of Torah whose personal name is the highest mark of distinction.”

Rabbi Sacks has left us with a remarkable legacy and new ways of thinking. But he has also left us with a challenge. This year, his weekly Covenant & Conversation parsha essays are taken from his book Lessons In Leadership. 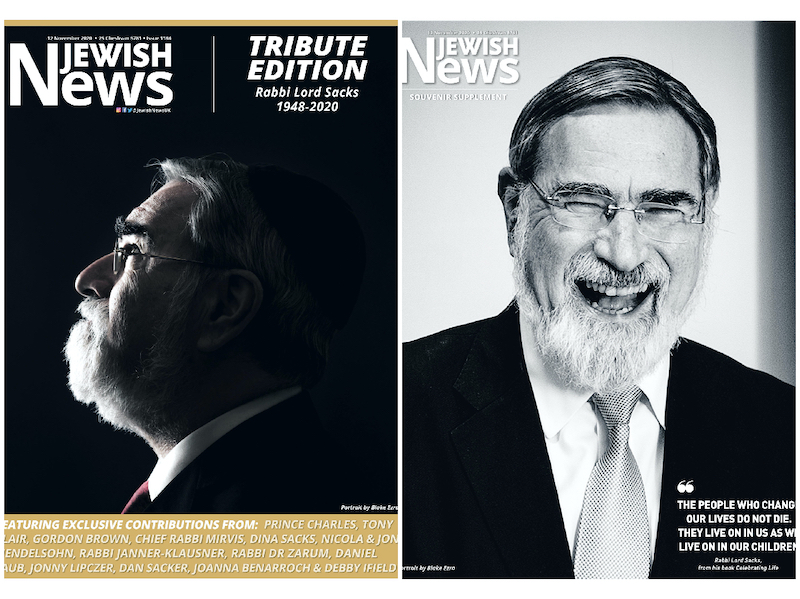 We did this to allow him space to continue work on the Chumash which would have undoubtedly been the pinnacle of his many achievements. In an unnerving sense of fate, at the end of this week’s commentary on Chayei Sarah, Rabbi Sacks wrote: “Leaders see the destination, begin the journey, and leave behind them those who will continue it. That is enough to endow a life with immortality.”

We are totally heartbroken that his life has come to an end. Our love goes out to Elaine, Josh, Dina, Gila, Alan, Eliot, Brian and the whole family.

Yet at the same time, we feel unbelievably blessed to have been so close, for so long, to someone so great. It has been the honour of our lives to have played just a small part in Rabbi Sacks’ unbelievable legacy.

He was a leader who saw the destination and began the journey. It is now up to all of us to continue it.

May his memory be for a blessing.