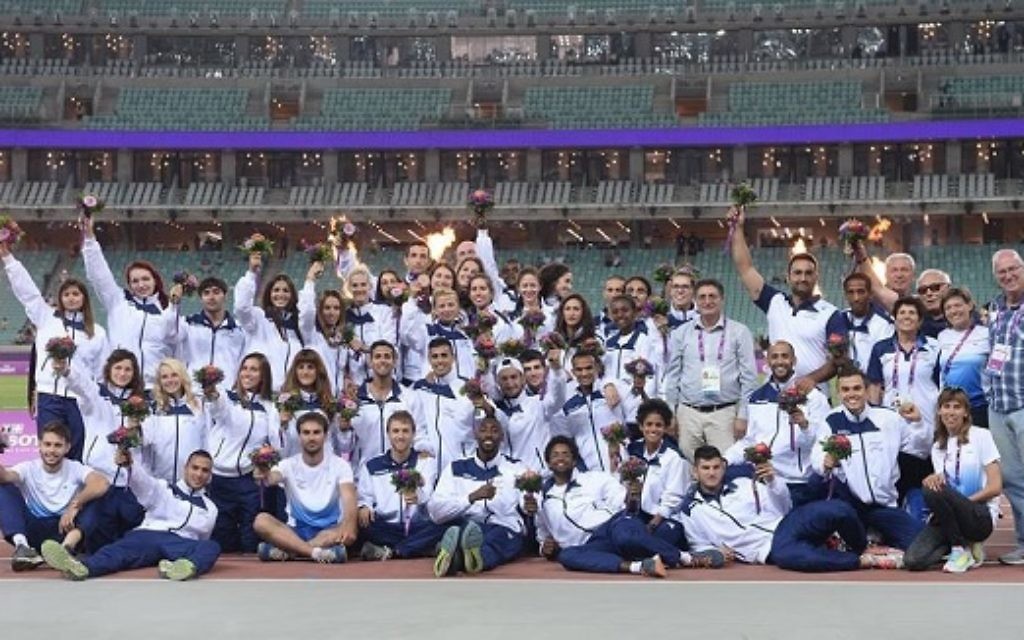 Israel have enjoyed their most successful ever international sporting tournament, having won a dozen medals at the inaugural European Games in Azerbaijan.

The country’s largest ever delegation of 142 athletes returned from Baku with 12 medals – two gold, four silver and six bronze, while another 12 athletes also reached finals.

Delighted with the showing of the athletes, Gili Lustig, the Secretary General of the Olympic Committee of Israel, said: “We amassed 12 medals, a lot more than we predicted, with two athletes also booking their place at Rio 2016, our greatest success was that we showed we have depth.”

However, not getting too carried away with their success, he added: “All our athletes picked up valuable experience in a multi-sport event. However, we must remember that this was an event with 50 European nations and this was not the Olympics where there are athletes from 205 nations and the level of competition is much higher.

“We are judged according to results and when you manage to exceed expectations you have every reason to be pleased. However, we are not getting carried away because we know that there is still a lot more hard work to be done before Rio.”

Their final glut of medals arrived in the final three days of competition and saw Sagi Muki win Israel’s first gold medal, in the judo U73kg event. That was followed by 18-year-old swimmer Ziv Kalontarov, winning gold in the 50m freestyle. Setting a senior national record of 22.16 seconds in the 50m freestyle final, he was crowned European youth champion, and booked his place in next year’s Olympic Games.

Muki, 23, said: “I’m really happy that I managed to be at my best in the competition, I felt really strong and sharp. I always believed that I could do this. It is really fun to represent the country and I was very proud to hear the national anthem in Azerbaijan.” Team coach Oren Smadja said: “Sagi put on an amazing performance against top competition. He fights until his last breath and gives his all for the country and the flag.”

Shooter Sergey Richter was the other Israeli to book his place in Rio, while the national rhythmic gymnastics team secured a quarter of the delegation’s medals. The judo, which were also acting as this year’s European Championships, saw former world champion Yarden Gerbi win bronze in the women’s U63kg event, while Or Sasson won silver in the men’s over-100kg contest.