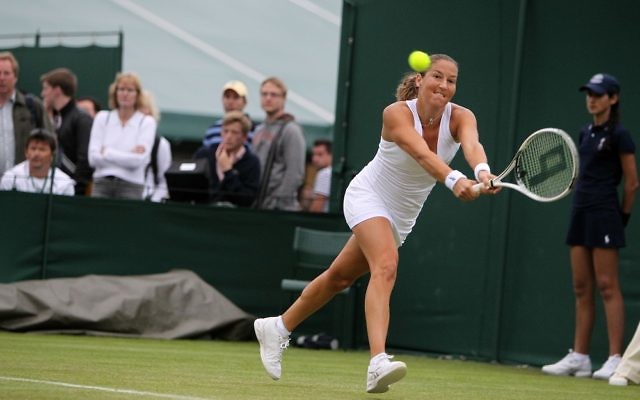 Shahar Peer has announced her retirement from tennis

Shahar Peer, Israel’s most successful ever player to compete on the women’s WTA tour, has announced her retirement from the game due to injury.

Announcing her decision on her Facebook page, the 29-year-old said: “I want to share with you one of the hardest decisions I have had to make in my life, after 23 years, in which 13 of those years I was an international professional tennis player, I am retiring 🙂

“I made this decision following a chronic inflammation in my shoulder, that has been lasting for over two years, and prevents me from competing at the high level that I am used to and expect from myself. At the same time, I lost my desire for the game of tennis and the intense way of life I have lived since I was 6.5 years old.

“I look back on this experience with a huge smile, a lot of happiness and satisfaction. I am proud of all of my accomplishments as well as the huge honor I was given to represent the state of Israel.

“I want to thank everyone for your never-ending support that I received every single day, every hour and every place I went to around the world.”

Having turned professional in 2004, she won eight WTA titles, five singles and three doubles, and at the peak of her career, was the world number 11, back in January 2011. She became the first Israeli woman to reach the quarter-finals of a Grand Slam in 2007, in both the Australian and US Open, and a year later became the first Israeli to compete at a WTA tournament in Qatar.

Representing her country in the Federation Cup, she won 45 out of 76 matches, and also played in the 2008 Olympic Games in Beijing, where she was knocked out in the second round.

A string of injuries plagued the latter years of her career, with her last match on tour taking place over a year ago. Her singles career saw her win 412 matches, losing 276, with her doubles record reading as 189 wins and 175 losses. She also earned nearly £5million in prize money.