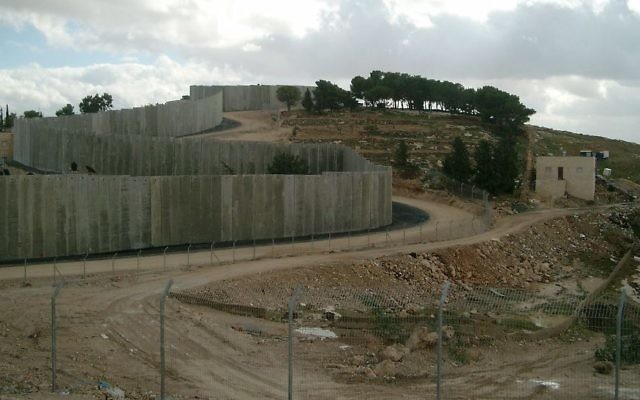 A wall snaking through the West Bank, sectioning off Jewish and Palestinian areas

Israeli rights groups have said they will fight to overturn the measure in the Supreme Court.

The explosive law, approved by Israeli politicians late on Monday night, was the latest in a series of pro-settler steps taken by Israel’s hard-line government since the election of Donald Trump as US president.

Nickolay Mladenov, the UN’s co-ordinator for the Middle East peace process, said the legislation “opens the floodgates to the potential annexation of the West Bank”.

If Israel moves to solidify its control over the area, it would imperil the internationally backed idea of establishing a Palestinian state alongside Israel as part of a negotiated peace deal, he said.

“It will have a drastic legal consequence for Israel and for the nature of its democracy,” Mr Mladenov said.

It is expected to trigger a number of challenges in the Supreme Court, while members of the international community have already begun to condemn it.

Critics say the legislation enshrines into law the theft of Palestinian land.

It also marked the first time that the Israeli parliament has imposed Israeli law on Palestinian inhabitants of the West Bank.

The area, captured by Israel in 1967, is not sovereign Israeli territory and Palestinians there are not Israeli citizens and do not have the right to vote.

Some spectators in visitors’ seats raised a black cloth in apparent protest.