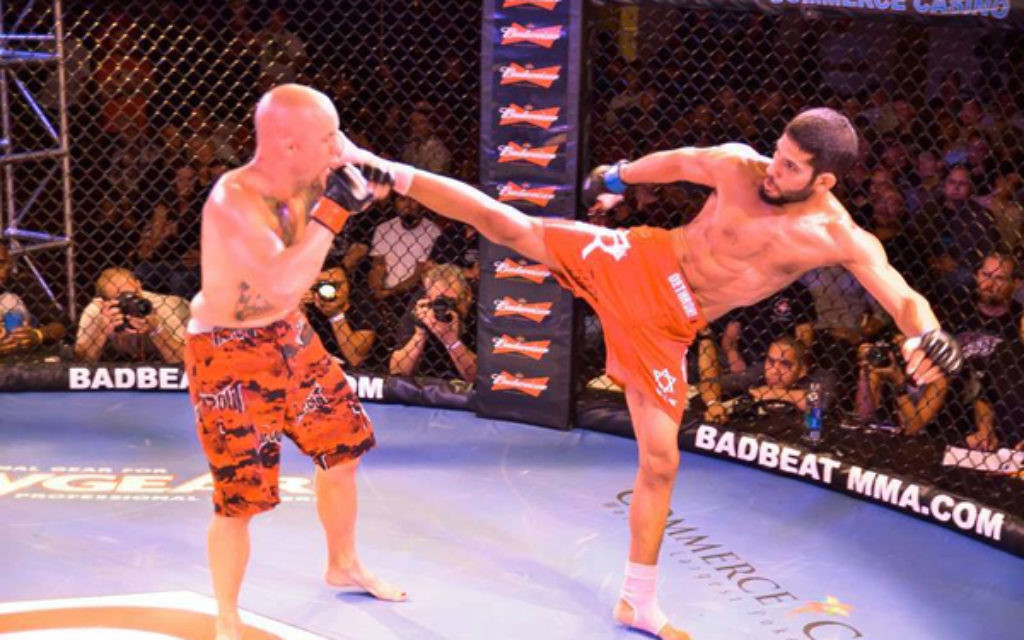 Sunday evening will see Israeli Noad Lahat realise a dream as he makes his Ultimate Fighting Championship debut in the UFC Fight Night in Brazil.

The moment he sets foot inside the UFC cage will be the culmination of a lifelong ambition of his, which he describes as being a journey of a “kid chasing his dreams.”

Always wanting to be a fighter, it’s therefore not a surprise to find out he’s been involved in one form of fighting or another since an early age. Describing his journey which will see him fight live in front of a worldwide television audience is a tale of talent, tenacity and a fair bit of travelling. He tells the Jewish News: “I started doing Judo when I was five-years-old and competed in it for many years. I stopped when I started my military service, after which I started doing Jiu Jitsu, which was something I picked it up really quickly. I then went and lived in Brazil for six months where I trained with Ricardo Vieira (a Brazilian Jiu Jitsu instructor), before returning to Israel where I started fighting MMA.

“Four years ago I moved to the United States to really pursue a high level of training, and have been at the American Kickboxing Academy ever since, training with some of the best guys in the sport.”

Having grown up in Israel, which is where his family still are, he moved to California for the benefit of his career. “MMA is getting more popular and gaining traction in Israel”, he says, “but there just isn’t the same level of training back home that there is out here which is why I moved. But I go back every chance that I get.”

A 100 percent winning record in the Mixed Martial Arts (MMA), six wins from six spanning the past four years, he is now ready to enter the big time, and describing the moment he signed his UFC contract, says: “It was amazing. I have worked so hard to get to this point, and I’m thankful for this opportunity.

“I have goals and targets as to what I want to achieve, and I’m working hard to get there. But right now I’m just focusing on my first fight, and at the same time I know the hard work is just beginning.”

He will become just the second Israeli to set foot inside the UFC ring following in the footsteps of Moti Horenstein, the sport hasn’t yet kicked off in Israel, and although that could change depending on his performances in the ring. “The UFC is getting more and more popular, but it’s still a growing sport there,” he says. “It doesn’t help as with the time difference the fights are on in the middle of the night – you have to be a pretty die-hard fan to stay up for that! I’m not a celebrity in Israel yet, we’ll have to see after my first fight!”

While not knowing Horenstein on a personal level and saying he doesn’t have any specific role models whom he looks up to, he does though have fellow fighters who inspire him. “I really respect and look up to all my teammates at AKA who have succeeded in the UFC,” he says. “I want to follow in their footsteps.”

And as he gets set for his big fight, when he takes on Brazilian Godofredo Castro in a featherweight contest on the preliminary card, he says: “I’m very excited and look forward to the victory. But on top of that, it’s also for the chance to represent myself, my family and my people.”

And fiercely proud of his heritage, he adds: “My Judaism is extremely important to me. I grew up in an observant family and still lead a religious life today. Being Israeli means everything to me. It dictates the person that I am and the way that I lead my life. Growing up in Israel has shaped the person and the fighter that I am today, and my heart is always in Israel.”