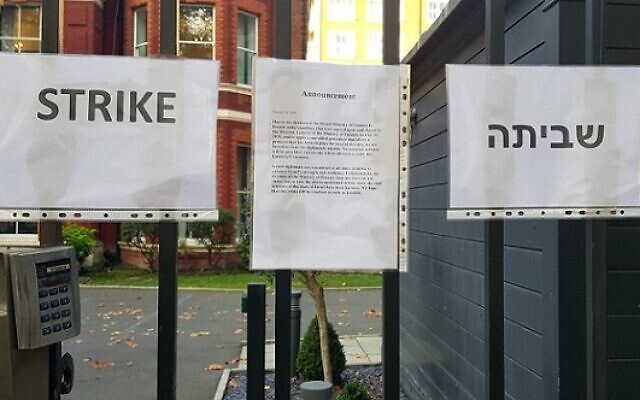 The Israeli embassy and consulate in London closed on Wednesday after Israeli diplomatic staff went on strike around the world in support of the Ministry of Foreign Affairs in Jerusalem.

Signs reading “Strike” in English and in Hebrew were plastered across the locked embassy gates in High Street Kensington, as a notice appeared on the embassy’s Facebook page saying nothing would open until the strike has ended.

“Owing to Israeli Foreign Ministry strike action, our embassy and consulate are both currently closed,” it read. “Meetings, events and consular appointments will not take place, whether inside or outside our premises.”

While a number was given for emergencies, readers were told that for “anything other than a consular emergency we will not be able to help you until the strike has concluded”.

They were joined by Israeli diplomatic staff around the world as the Foreign Ministry accused those controlling the national budget of reneging on promises.

It said: “Due to a decision by the Israeli Ministry of Finance to breach understandings agreed upon and signed by the director-general of the Ministry of Finance on 21 July 2019, and to apply a one-sided procedure that alters a protocol that has been in-place for several decades, we are forced to close the diplomatic mission.” 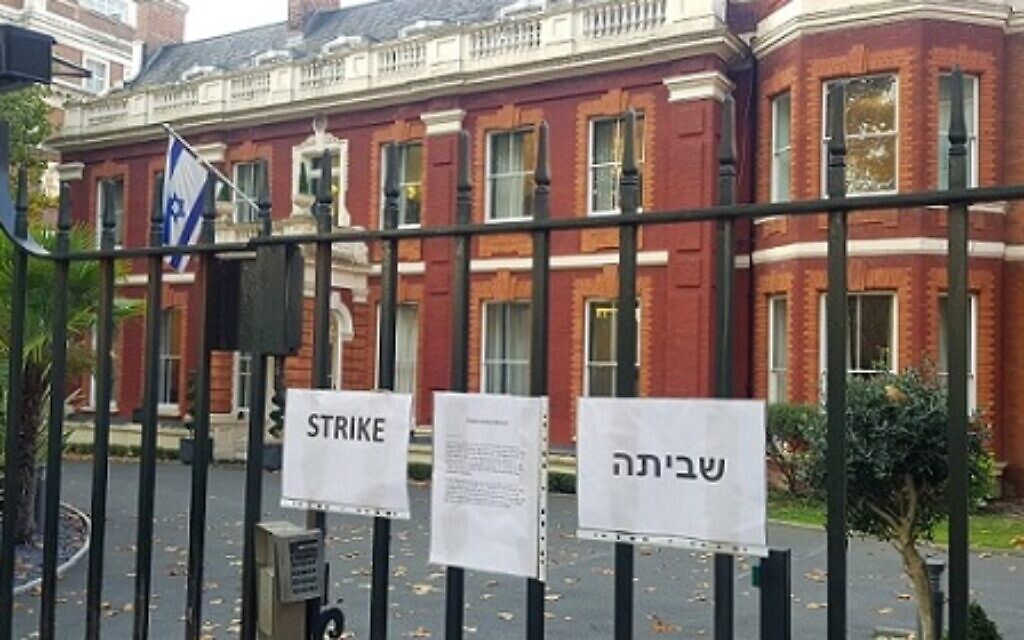 Joel Lion, Israel’s ambassador to Ukraine, tweeted that “we had to close our embassies all over the world because we are denied basic financial instruments to do our job properly,” adding: “Israeli diplomacy is an essential aspect of our national security, we are dedicated civil servants and hope the crisis will be promptly solved.”

He added: “Their voices matter. I’ve seen it time & again. Why are they being treated so unfairly? They aren’t asking for the moon, far from it. Only for what’s due them.”