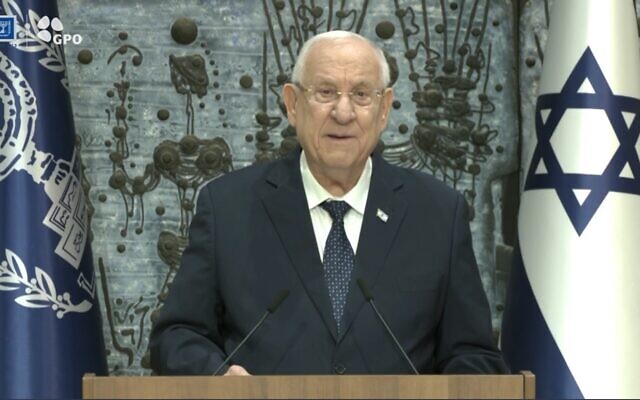 Israel's President Reuven Rivlin made the announcement in a televised address on Wednesday evening (Photo: GPO)

Israel appeared to be within touching distance of a government without Benjamin Netanyahu’s involvement for the first time since 2009 after opposition leader Yair Lapid was asked to try form a coalition.

The leader of Yesh Atid, the party that came a distant second in the March 23 election, was this week supported by a kaleidoscope of left and right-wing parties that left him just short of a Knesset majority.

He was asked to try form a government by President Reuven Rivlin after Netanyahu admitted he did not have enough support for a coalition.

The announcement paves the way for a possible anti-Netanyahu coalition involving Lapid and Naftali Bennett, who leads the right-wing Yamina party.

There is speculation that the two men may agree to rotate the position of prime minister as part of a coalition deal.

The two leaders have until June 2 to agree a deal. 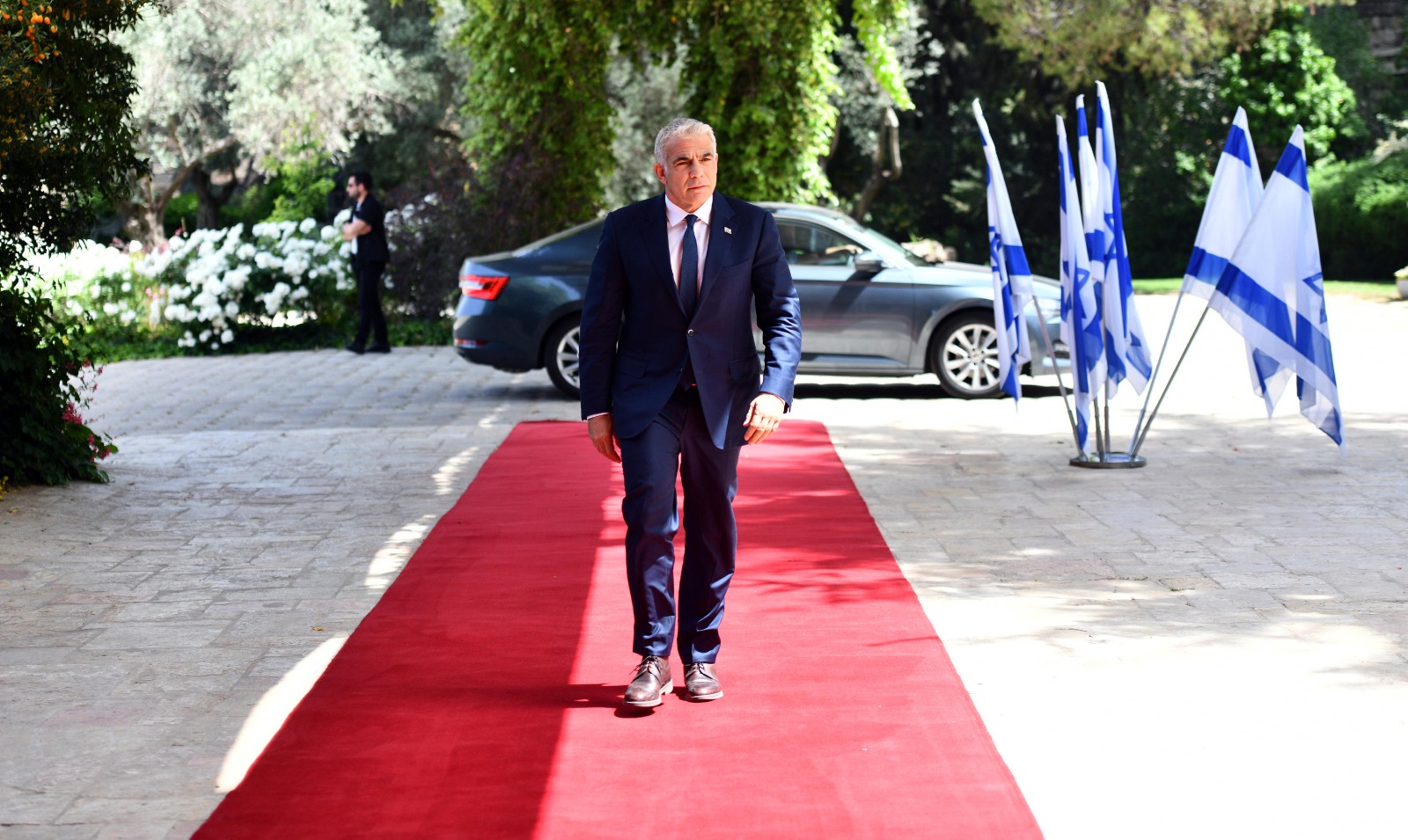 But many ideological differences exist within the potential coalition and Benjamin Netanyahu will remain in post as caretaker prime minister until a deal is struck.

Failure to reach an agreement could see Israelis asked to vote in a fifth general election in the autumn.

Bennett, widely believed to consider himself as Netanyahu’s natural successor to lead Israel’s right wing, had carefully avoided nominating any leader other than himself for the prime minister.

But he appeared to shift that position on Wednesday when he called on Israel’s right-wing to join a unity government and avoid a fifth election.

“This is the time to stop and reconsider a new path,” he said in a televised speech. “Whoever cynically takes the State of Israel to fifth elections based on personal interests, in complete opposition to the needs of the nation and state, the people won’t forgive him.

“This is the time for a unity government.” 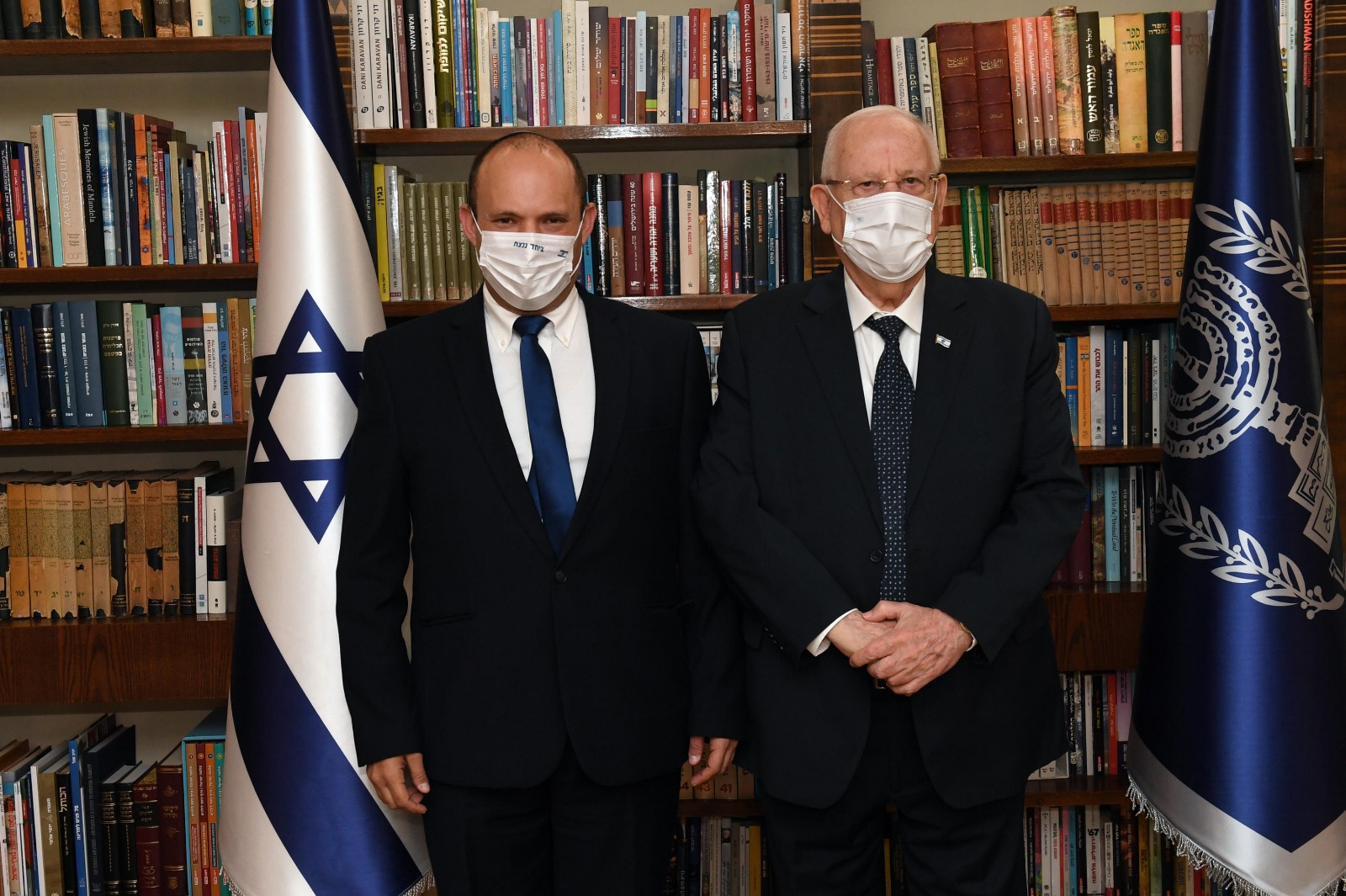 On Wednesday 11 more MKs pledged to support Lapid, including the right-wing New Hope party led by Gideon Saar, a former Netanyahu ally, and a majority of the Joint List of Arab parties.

It means Lapid now has 56 MKs, five short of an overall majority.

Although Bennett’s seven MKs would be enough to form a government, the party faithful oppose any deal with Arab parties — even if it involves their leader becoming prime minister.

One Yamina MK, Amichai Chikli, was believed to be on the verge of resigning after publicly warning on Wednesday that he objected to a Lapid-Bennett deal.