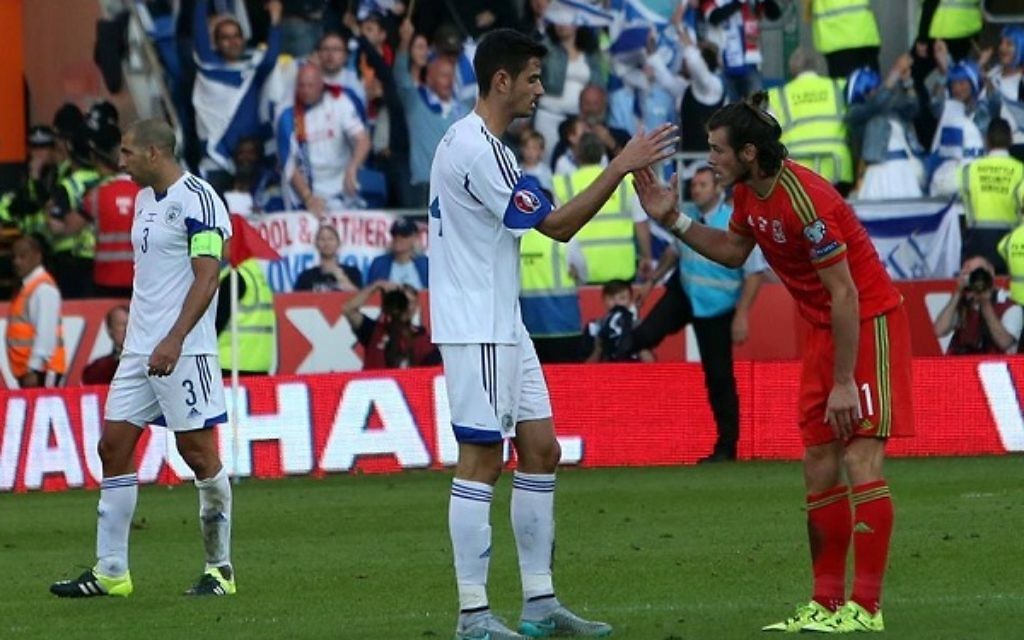 Israel dug deep to frustrate Wales and claim what could prove to be a priceless point in their bid to qualify for next summer’s European Championships in France.

Wales, knowing a win would secure them a place at a major tournament for the first time since 1958 – when they beat Israel over a two-legged tie to qualify for the World Cup in Brazil, were buoyed on by a vociferous home support, which saw them set off at a high tempo, David Edwards having the first attempt on goal after Nir Bitton was dispossessed 30 yards out from goal.

Israel, without the pace and trickery wing play of Tal Ben Haim II up front were unable to hold the ball up in the Welsh half, meaning they were always inviting pressure on themselves.

They needed the outstretched leg of Ofir Marciano to keep them ahead, blocking Andy King’s effort when he was played clean through of goal, and were even more fortunate to see Aaron Ramsey head the loose ball over an unguarded net.
However, while not offering much of an attacking threat, they did manage to negate the Welsh threat as the half wore, comfortably seeing out the remainder of the half as the sides went into the break goalless.

Manager Eli Gutman made a double substitution for the second half, bringing on Brighton striker Tomer Hemed, and midfielder Tal Ben Haim II, the switch beginning to see the Israelis carry a bit more punch up front.
Wales did have a glorious chance to take the lead in the 55th minute when Orel Dgani brought down Hal Robson-Kanu on the edge of the box, but Gareth Bale sent his free-kick harmlessly over the bar, before King spurned another chance, powerfully heading at Marciano from a corner, who did well to hold onto the ball.

David Edwards brought a smart save from Marciano at the near post from a quickly-taken free-kick, as Welsh frustration further grew heading into the final 15 minutes.

Israel fashioned out their best chance of the match in the 83rd minute, when Bitton released Ben Haim II down the left, his cross picked out Hemed, but Wayne Hennessey was on hand to tip his header over the bar Eytan Tibi on hand to clear the danger, as Israel then faced four minutes of injury time.

Marciano was forced to hold onto Ramsey’s 20-yard shot, before Wales did finally find the back of the net though Simon Church’s header was rightly ruled out for offside.