The volley of missiles from the Sinai Peninsula triggered Israel’s Iron Dome defence system, which activated successfully as sirens sent residents and tourists running for shelter on Wednesday evening.

Eyewitnesses reported hearing several large explosions as up to seven rockets were intercepted. There were no reports of injuries or loss of life. It is the first time Eilat has been attacked by rockets since 2014.

Islamic State (ISIS) media channels claimed the group was responsible. Its operatives are active in the Sinai, an area to the east of Israel which is controlled by the Egyptian military. Israel has been bracing itself for months for an attack by ISIS, with IDF chief of staff Lieutenant General Gadi Eizenkot setting up a new specialised commando unit to train in readiness.

The unit, which is made up of the Israeli military’s special elite forces, has already held a major training exercise, which was declared a big success. 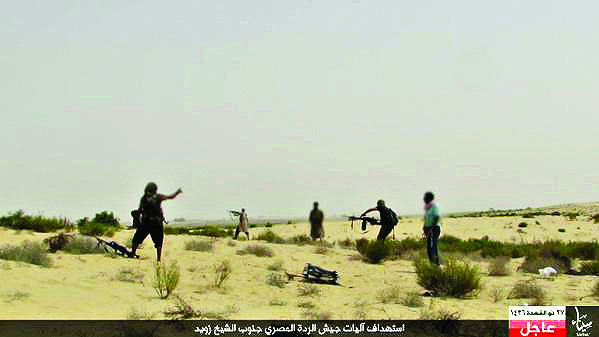 Israel’s prime minister Benjamin Netanyahu has said there are “signs” ISIS has been responsible for previous attacks, with questions being raised over truck attacker Fadi Ahmad Hamdan Qunbor, 28, from the East Jerusalem neighbourhood of Jabel Mukaber, who killed four Israeli soldiers in Jerusalem last month.

Israel’s intelligence service Shin Bet is on alert for signs of ISIS cells forming within its borders, with two Arab Israeli men, one from Nazareth, the other from Shibli-Umm al-Ghanam at the foot of Mount Tabor, recently sentenced for planning to join the group. Another 46 Israeli citizens are in prison because of their connection to it. The Red Sea resort of Eilat

Polls conducted by the Palestinian Centre for Policy and Survey Research, based in Ramallah, show support for ISIS in Israel and the West Bank is on the rise.

Back in 2015, around 16 percent of Arab Israelis approved of ISIS, much higher than in Jordan (three percent) and Lebanon (zero percent).

Up to 100 Israeli Arabs are believed to be fighting for ISIS in Syria and Iraq, and the Israeli military cannot dismiss the possibility of an ISIS attack from either the southern or northern border. 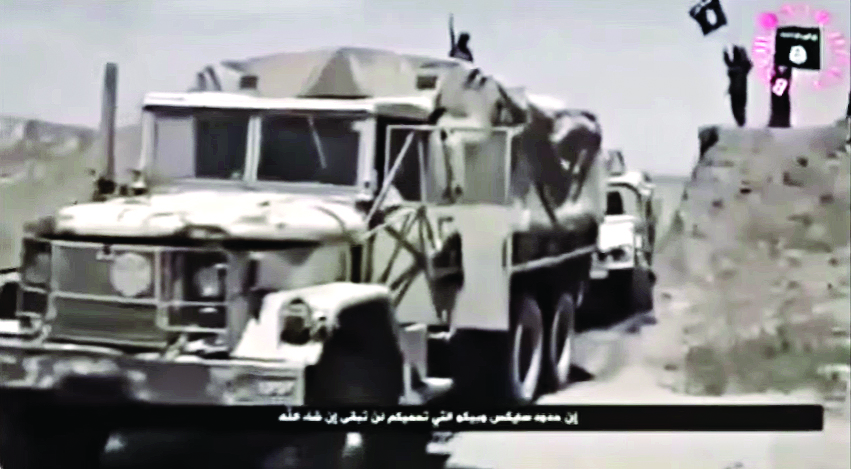 In November, the IDF’s Golani brigade killed several ISIS fighters who had sent mortar shells over the border into Israel.

The American-Arab magazine Al-Monitor quotes an anonymous IDF officer as saying: “As more pressure is exerted on ISIS in Mosul and Raqqa, the restlessness of its representatives in the Syrian Golan increases.

“It may be that they received orders to open a front with us, and it could be that they just tried to do so of their own accord.

“We have tried to send them a message that a conflict with the IDF would not be worthwhile for them.”

Meanwhile, jihadists in the Sinai are waging war against Egypt’s security forces, causing hundreds of casualties, and the IDF now believes the Wilayat Sinai operatives will eventually attack Israel as well.

An Israeli officer, speaking on condition of anonymity, says the group has stolen Egyptian tanks and Russian-made missiles. “It could happen today, tomorrow, or in a month, but within the next six months we will come into an engagement with them,” he said.