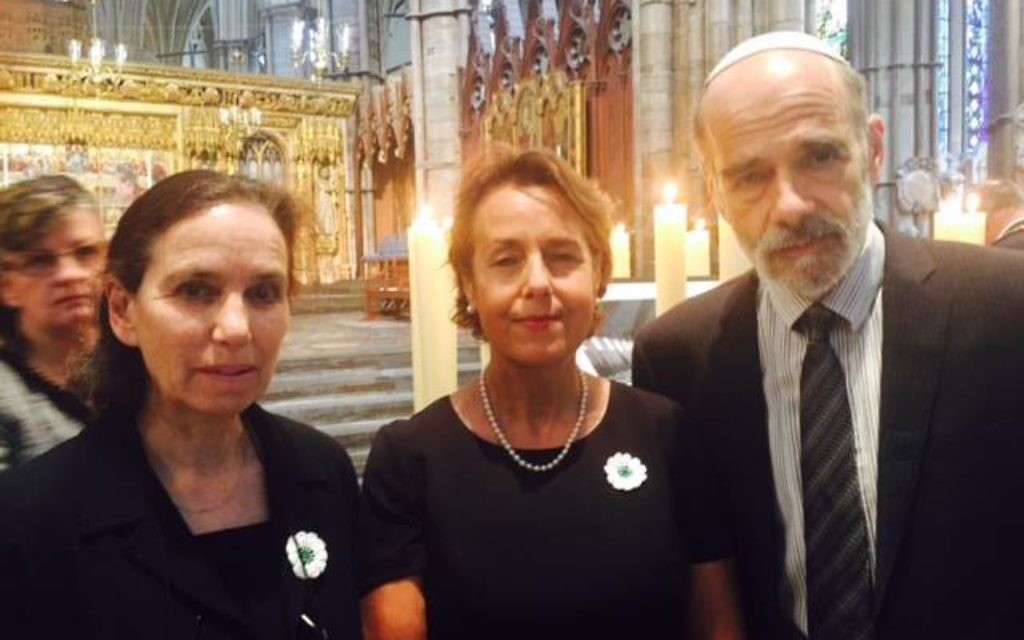 An interfaith remembrance service was held at Westminster Abbey to mark the 20th anniversary of the Srebrenica massacre.

Rabbis Jonathan Wittenberg and Alexandra Wright attended the event on Monday as representatives of the Joseph Interfaith Foundation (JIF).

Mehri Niknam MBE of JIF, said it was a ‘solemn commemoration’ of the tragedy, in which over 8,000 Muslim men and boys were murdered by Serbian paramilitary forces in the town of Srebrenica in 1995.

Niknam added: “The Serbs followed the programme of ethnic cleansing. Over 10,000 Muslims were murdered. Muslim women were raped, men were taken on a “death march” and shot and dumped in mass graves”.

The service included President of Bosnia and Herzegovina, who said: “We cannot bring back the dead, nor extinguish the pain from the hearts of their loved ones, but can give dignity to the survivors of the Srebrenica genocide”

Karen Pollock MBE, Chief Executive of the Holocaust Educational Trust said: “This year marks 20 years since more than 8,000 Bosnian Muslims were murdered in and around Srebrenica during the Bosnian War. The genocide happened just 50 years after the end of the Holocaust… At H.E.T, we learn about the Holocaust for its own sake, but we cannot ignore anti-Semitism, hatred and extremism today and we must not forget this genocide nor any other.”

He told Jewish News: “The words of Munira Subasic, President of the Mothers of Srebrenica Association were haunting: ‘Help us find the bones of our children’. The perpetrators remain silent and deny everything.

Rabbi Wittenberg continues: “It is not enough to remember,’ we were told, ‘Humanity also has to learn how to act rightly.’ Those who were murdered were betrayed by a United Nations which promised them a ‘safe haven’ but failed under threat to maintain that safety. Once again in history innocent people were let down by those who should have protected them, and handed over to their killers.”

The former head of the Bosnian-Serb military, Ratko Mladić, was arrested in 2011, after having been on the run for 16 years. He is now on trial at a United Nations Tribunal in The Hague for war crimes.

The event was organised by the Srebrenica Commission who hold Srebrenica Memorial Day on 11 July.

A service will be held in Srebrenica which will be attended by HRH Princess Anne.

The JIF organises trips and educates Jewish and Muslim university students about the tragedy; with Rabbi Wittenberg and Wright sitting as members of JIF National Council of Imams and Rabbis.

Both New North London synagogue and Liberal Jewish Synagogue are marking the Srebrenica genocide this Shabbat in association with JIF.