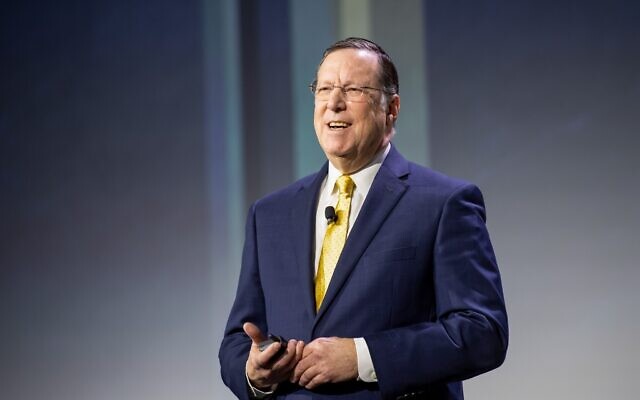 Jewish survivors of the attacks on New York’s Twin Towers have used this week’s 20th anniversary to recount a disaster zone of biblical proportions.

“It was the biggest ball of fire I’d ever seen, the biggest column of smoke,” said Ben Diamond, who was only in his seventh month as a volunteer for the Hatzalah emergency medical response service.

“I’d seen auto accidents, I’d seen people hit by cars, I had seen some things that
I thought were fairly serious incidents, even with multiple patients. But this was something of unfathomable proportions.”

Ari Schonbrun, who usually worked in the 101st floor of the first World Trade Centre tower, was held up on his way to work by his son.

The eight-year-old had forgotten to return a book order form to his class and needed help.

Schonbrun was mere paces away from the lifts that would take him up to the office when the first plane struck his building.

“I must have been about eight feet from that bank of elevators when as best as I can describe there was an explosion,” he said. “I thought a bomb had gone off in the elevator in front of me. The entire building shook, violently shook, the lights went out, the place filled with smoke and I was literally thrown off my feet. I was on the floor.”

Diamond was metres from the Towers as they began to collapse. One of the first patients he treated was a bystander who had been knocked unconscious by a shoe that hurtled out of the tower and plummeted to the street below.

Soon it was more than mere clothing: he described the darkness brought on by dust and falling debris conjured images of how the Jewish sages described the bondage under the ancient Egyptians.

“If you read Chazal about the various aspects of what Hoshek was like in Mitzrayim, that it was so dark and so thick that you couldn’t move, it was almost completely glued you into the place. That was the level of the thickness of the cloud that descended.”

He said he remembers “very vividly” the moment he thought he was going to die: “My mother was leaving me a voicemail, because she was working in midtown at the time, telling me that she’s okay – at the same time as I was saying the Shema because I didn’t think I would ever see my family again or anyone else again.”

Schonbrun assisted a colleague suffering from severe burns down 78 flights of stairs to reach the safety of the street, but it was not until he was outside that he realised a plane strike had caused the fire.