Hundreds of people, both on-line and in person, attended a special event on Monday evening marking the first yarzheit of the former Chief Rabbi, Lord Jonathan Sacks.

Three of his most distinguished associates — Rabbi Dr Raphi Zarum, Rabbi Joseph Dweck, and Rabbi Daniel Epstein — addressed the virtual and physical audiences from the pulpit of Western Marble Arch Synagogue, once Rabbi Sacks’s own community and now the congregation of Rabbi Epstein. The physical audience included members of the Sacks family.

The evening was held under the auspices of the London School of Jewish Studies, where Rabbi Sacks was president when he was chief rabbi, and formed part of its Communities in Conversation project, in conjunction with the Rabbi Sacks Legacy Trust.

Introduced by the president of Western Marble Arch, Michael Ziff, all three rabbis dipped into personal reminiscence about Rabbi Sacks, a towering presence both during his lifetime and in the sad aftermath of his death in 2020.

Rabbi Zarum, now dean of LSJS, reminded his audience that “when a great person passes, we remember him in our own image. So the academics think of him as a towering intellectual, and the communities remember him as an inspiring teacher. And leaders and rabbis are reminded of his model of leadership. And the individuals whom he met remember his listening ear, and that he was a wise adviser”. 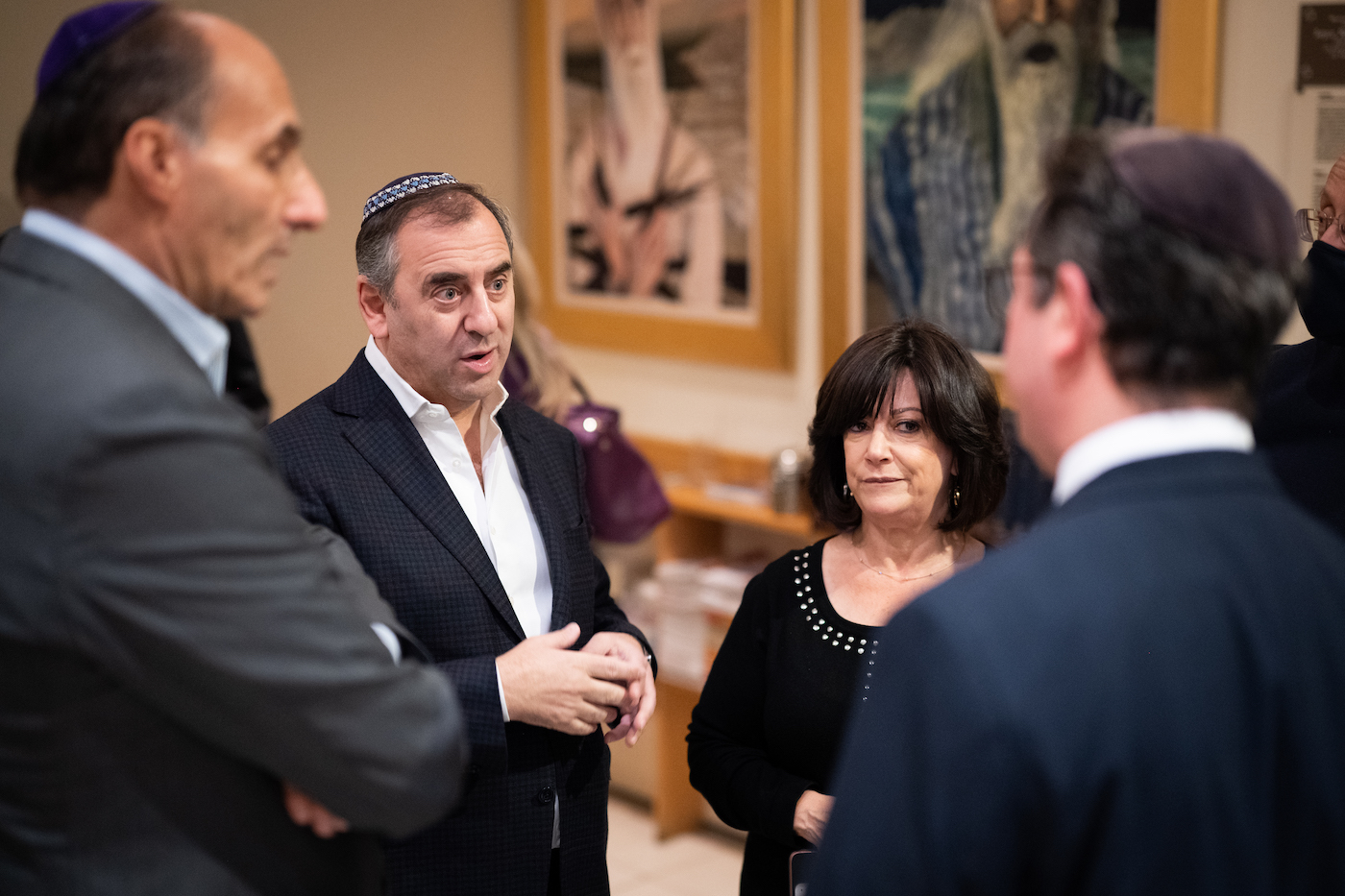 Rabbi Zarum recalled that he never left Rabbi Sacks’ home without “a booklist… he wanted us to read and pass on ideas”. And, he said, the other pillar of Rabbi Sacks’ teaching was “the moral compass. Every time he spoke he asked us to choose how to live, not to drift”.

Rabbi Joseph Dweck, deputy president of LSJS and senior Sephardi rabbi of the S&P community, spoke about Rabbi Sacks’ brilliance at parsing the weekly parsha, extracting from it a hitherto unexplored idea.

“He did this every week, bringing together the Jewish people so that we were, literally, on the same page”.

Part of the brilliance, Rabbi Dweck maintained, was Rabbi Sacks’ ability “to make the Torah relevant, cutting-edge and meaningful. That was his greatest legacy”.

Rabbi Epstein, who was announced as minister at Western Marble Arch in late 2020, only weeks before Rabbi Sacks’ untimely death, spoke about “becoming a good citizen”, drawing on Rabbi Sacks’ many writings to illustrate the importance of “being bilingual” in Judaism and in the ways of the wider world. 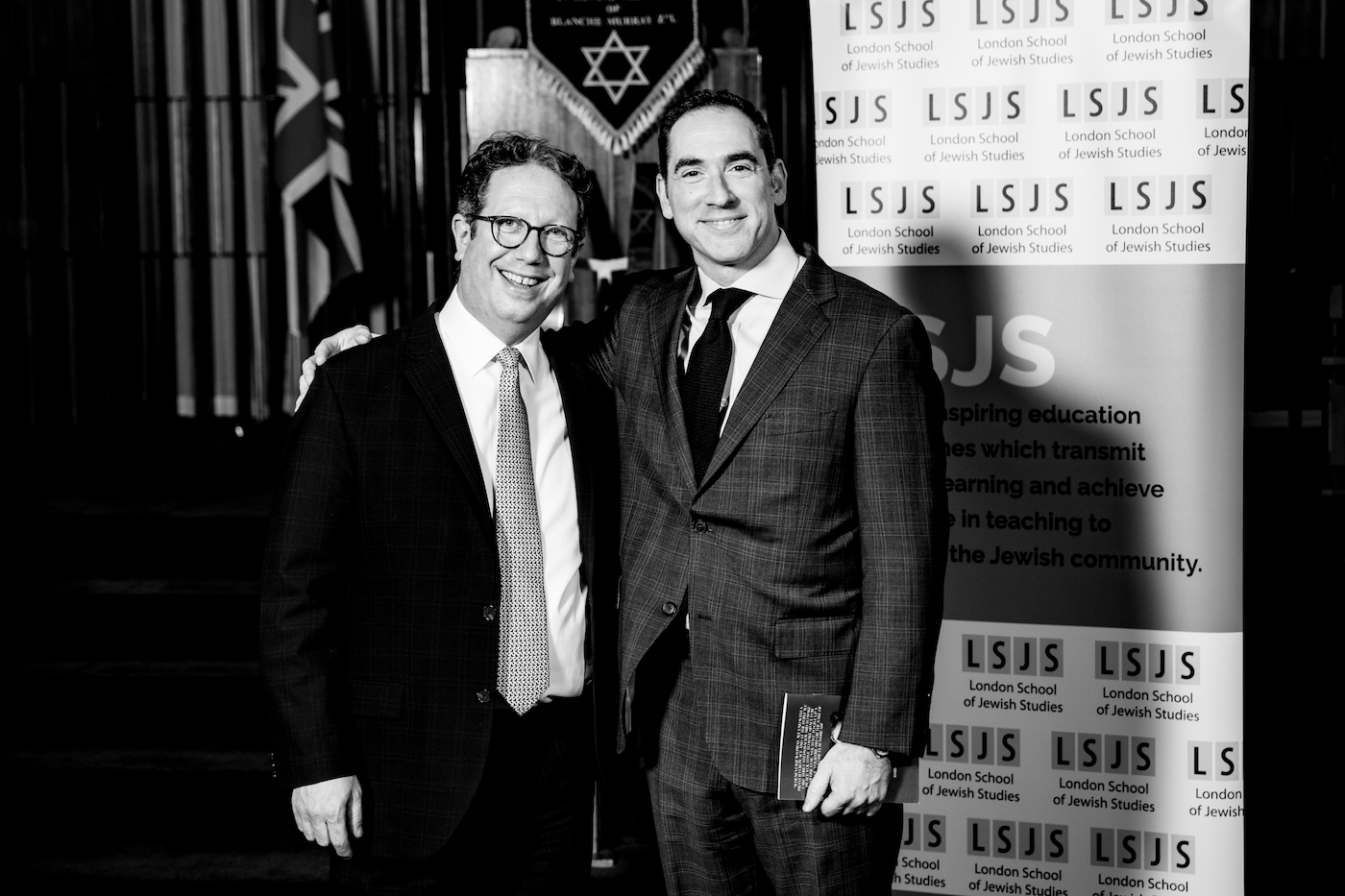 Rabbi Epstein and his wife Ilana had moved to Israel in 1998 where they began raising their family and he established a successful public relations agency.

Ten years later he spent time with Rabbi Sacks in Jerusalem and, as he made clear to the audience, the meeting eventually convinced him to study for the rabbinate and return to Britain to serve the Jewish community as a pulpit rabbi.

Both warm keynote addresses were followed by brief words from Rabbi and Lady Sacks’ daughter, Gila, who said that in a difficult year it had helped the family considerably to know the outpouring of love and support from communities worldwide.

The event, sponsored in memory of the former chair of LSJS, Arnold Lee, was also addressed by Joanne Greenaway, chief executive of the college. 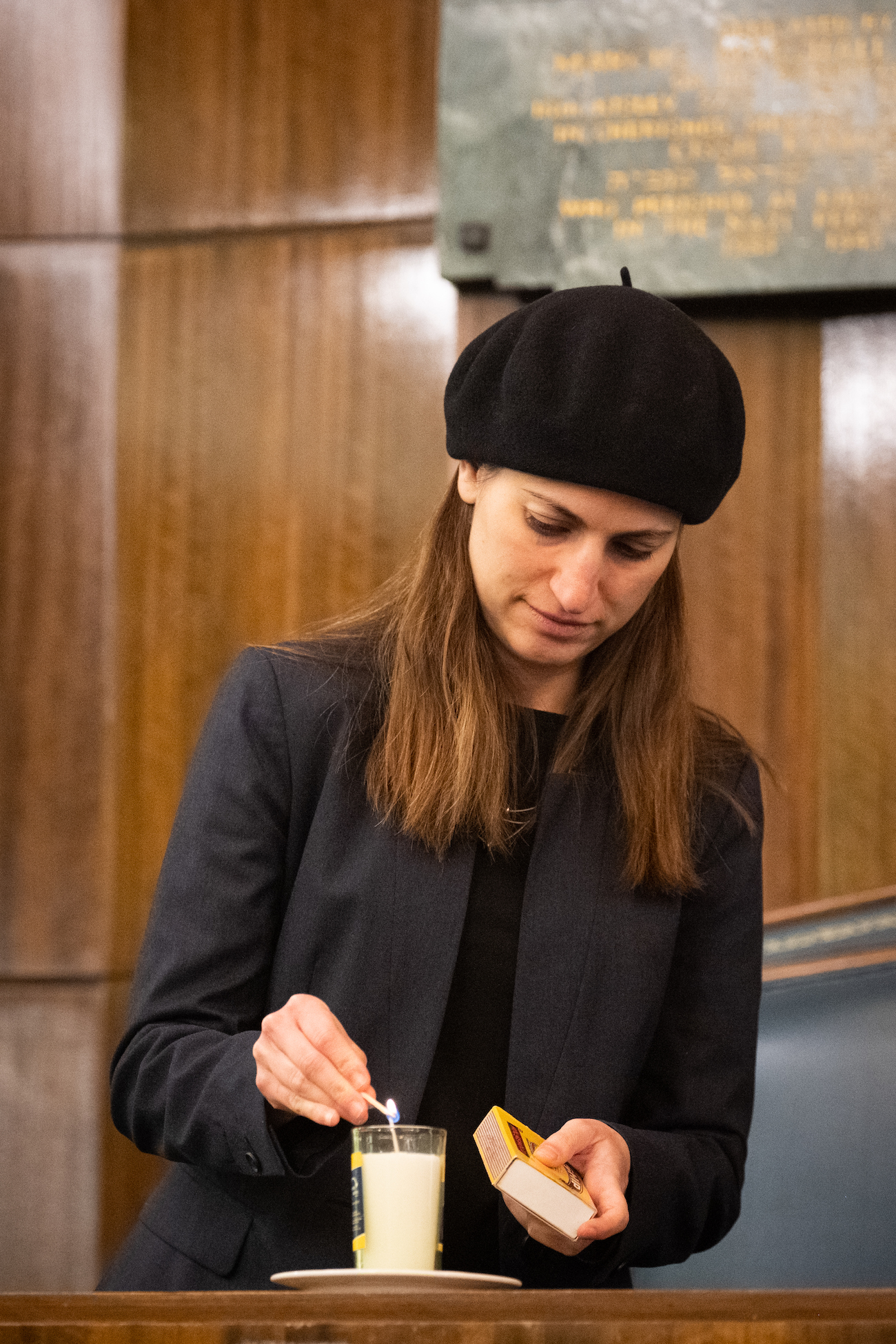